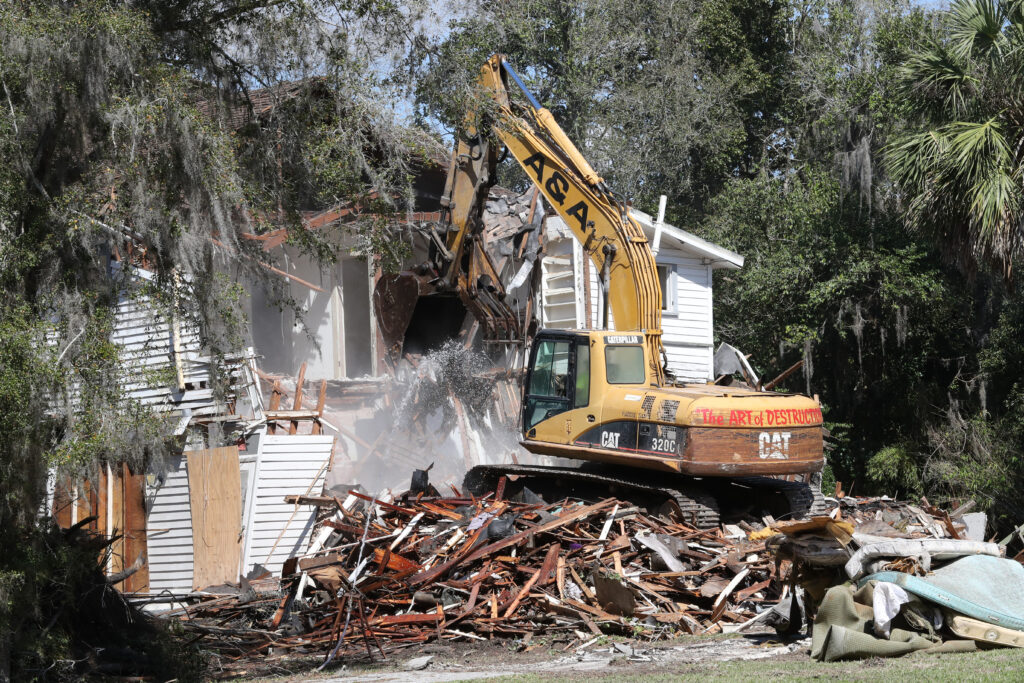 After nearly a decade in limbo, the fate of the historic home at 910 SE Fifth St. was sealed as bulldozers took it down on Wednesday.

The home was built in 1903 by William Nelson Camp, a phosphate mine owner and one of the city’s most influential businessmen of the time.

By 2011, however, the property had fallen into disrepair. Dorothy Ritterhoff, who owned the property and operated it as the Stagecoach Apartments, filed a permit to tear it down. The Ocala Historic Preservation Advisory Board at the time blocked the permit for a year.

Ritterhoff offered the home for sale, asking $900,000. There were no takers and despite being free to demolish the 6,000-square-foot structure, the home sat idle for years. Dorothy Ritterhoff died in March.

A call to Sarah Ritterhoff Williams, Dorothy Ritterhoff’s daughter, was not immediately returned on Wednesday.