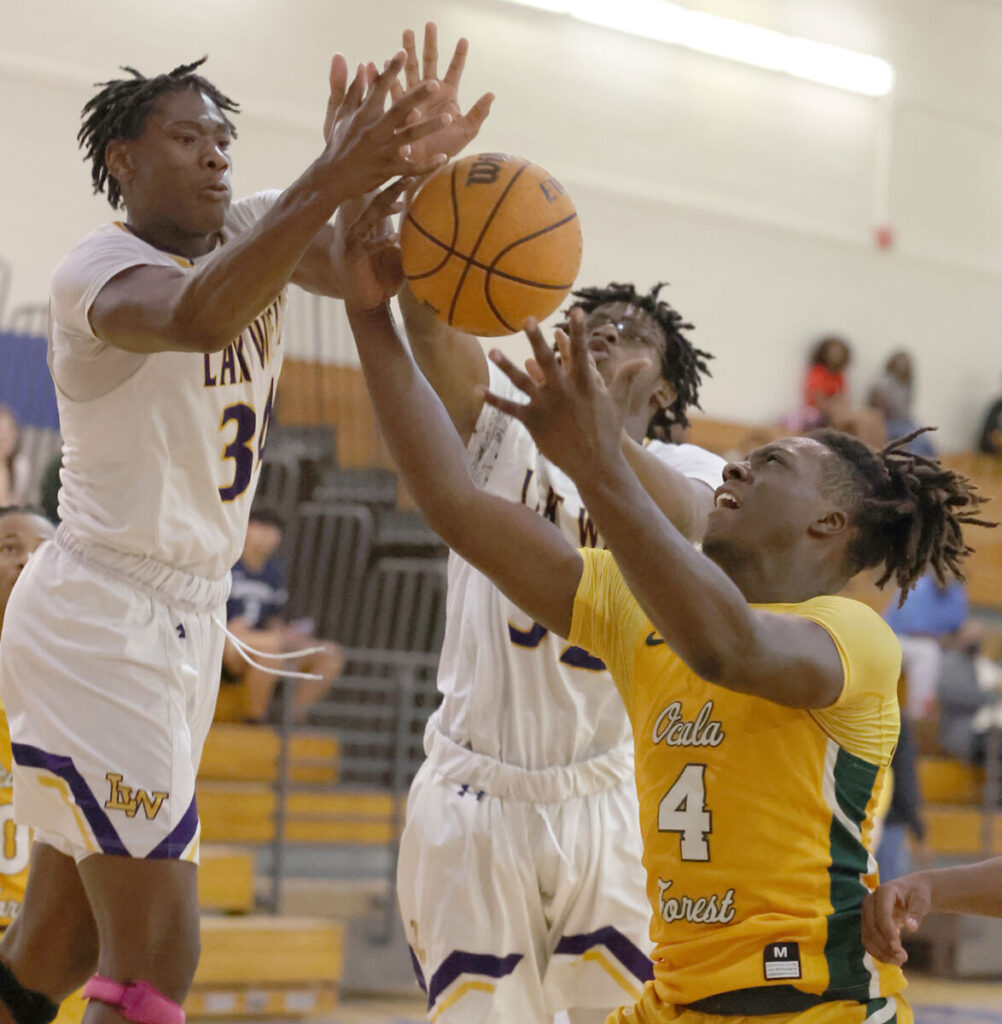 The Forest Wildcats and Lake Weir Hurricanes boys’ basketball teams squared off in the MCIAL Preseason Classic on Tuesday night.

Forest returns plenty of experience and talent from an 18-win team that made the playoffs in 2021. Lake Weir begins anew with new head coach Freddie Riley and a young team missing key pieces to begin the season.

Forest sophomore Xavier Fitzpatrick came out of the gates on fire with nine points in the first quarter to give his team a 13-8 lead. After a slow start with the two teams combining for 21 points in the opening segment, Forest and Lake Weir got their offenses going and scored a combined 46 points in the second quarter.

Leading the way for Forest was junior Zay McCoy as he collected six points and five other Forest players scored in the second quarter to give them a 39-28 lead at halftime.

Despite the 11-point lead at the half, McCoy and his teammates were not thrilled with the caliber of play from the team.

“We were sloppy in the first half and we knew we had to way better because we practice too hard to play like this.” McCoy said.

Whatever Forest head coach Mike Hoffmann said to his team in the locker room worked as his team went into full court defense and started forcing Lake Weir to make mistakes on offense. McCoy, Fitzpatrick, Tae Floyd and Braiden North all scored during a 20-point third quarter for Forest to extend the lead to 59-41.

The highlight of the game came during the last couple minutes of the third quarter when McCoy stole the ball and assisted a dunk to Floyd on a pass off the backboard.

The pace of the fourth quarter was slower compared to the previous two periods as Forest outscored Lake Weir 15-12 and cap off a win by the final score of 74-53. Five different players scored a basket for Forest during the final eight minutes.

For Coach Hoffmann, having multiple players who can score at will on offense is a luxury he is looking forward to using this season.

“That’s what we try to take pride on, a big part of our team is sharing the ball. We don’t want guys to be selfish and we have to share the basketball because that’s when we are going to be at our best.” Hoffmann said.

Lake Weir is beginning a new era with Riley and having to replace multiple injured starters with experience is going to take time but the first-year head coach is looking forward to the season.

“I think tonight went well, we didn’t the outcome that we wanted but we learned a lot. We have a chance to be pretty good and were still adjusting to things but overall, I feel we can have a good year.” he said.

Both teams will play again the MCIAL preseason classic on Wednesday night. Lake Weir will face off against Redeemer Christian and Forest will play Belleview.