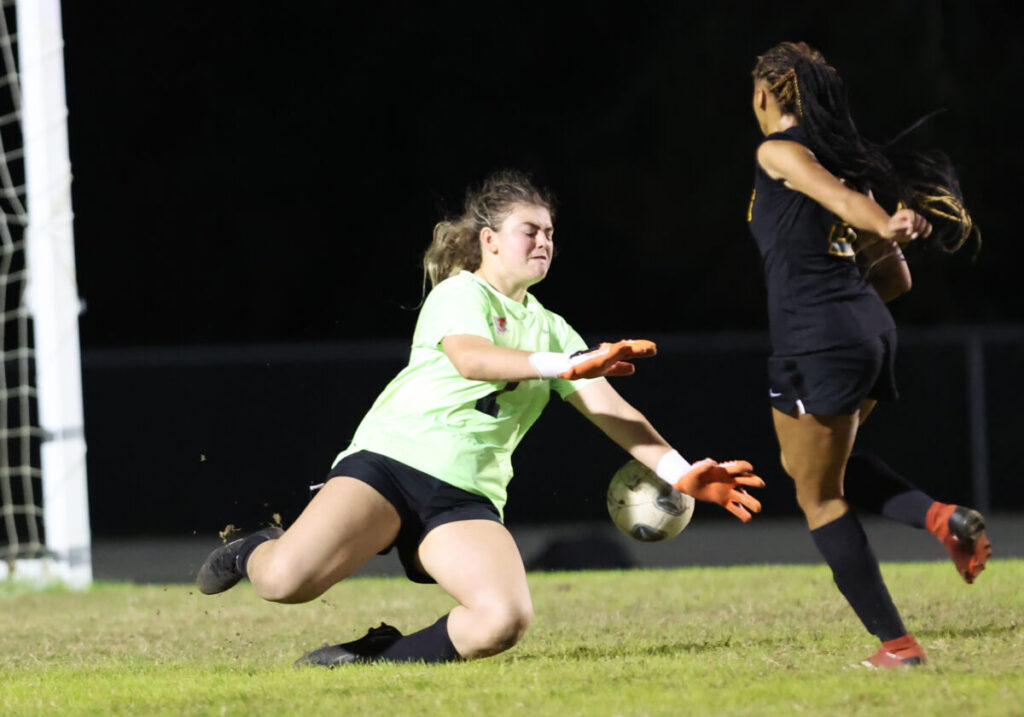 The win improved Class 6A Forest to 6-1 on the season.

“That was awesome,” said a pleased Wildcats coach Stacie Menadier. “Our kids toughed it out, played together, figured out how to work through the adversity and found the back of the net. Kania did a great job of locating the through balls and finding the back of the net. Summer was great in goal and continues to improve.”

“We got beat tonight,” said Knights first-year coach Jay Fratello. “Forest played a better game and we learned a lot. We had a lot of scoring chances, we just couldn’t put one in the back of the net. This is the first game that we’ve given up a goal and we’ll learn from this and work to get better.”

Both teams moved the ball well and displayed solid passing in the first 25 minutes before Forest broke through as Dean, a speedster with great footwork, gathered in a pass, maneuvered past a Vanguard defender and rifled a shot into the lower right corner of the net to give the Wildcats a 1-0 lead in the 28th minute of the first half.

Vanguard, which had seven shots on goal, looked to gain the equalizer, but Smith showed excellent reflexes and anticipation and made the saves to keep Forest in front by a score of 1-0 at the half.

Forest, which had nine shots, extended its lead when junior Janellie Castillo gained control of a loose ball and blasted a shot into the back of the net to give the Wildcats a 2-0 lead with 14 minutes left in the match.

Vanguard had a pair of shots sail wide before Forest added to its lead on another goal by Dean, who displayed her speed on a beautiful run before slipping a shot into the back of the net to give the Wildcats a commanding 3-0 lead with less than 12 minutes left in the match.

The Knights applied more offensive pressure but Smith and the Forest defense were up to the task and kept Vanguard off the board.in cruising to the victory.

“We’re huge rivals and this win is great for our confidence and shows what we’re capable of when we play together,” coach Menadier said.

Both teams return to the pitch next week with Forest hosting West Port on Monday, while Vanguard takes on Gainesville Buchholz on Friday night at Booster Stadium.