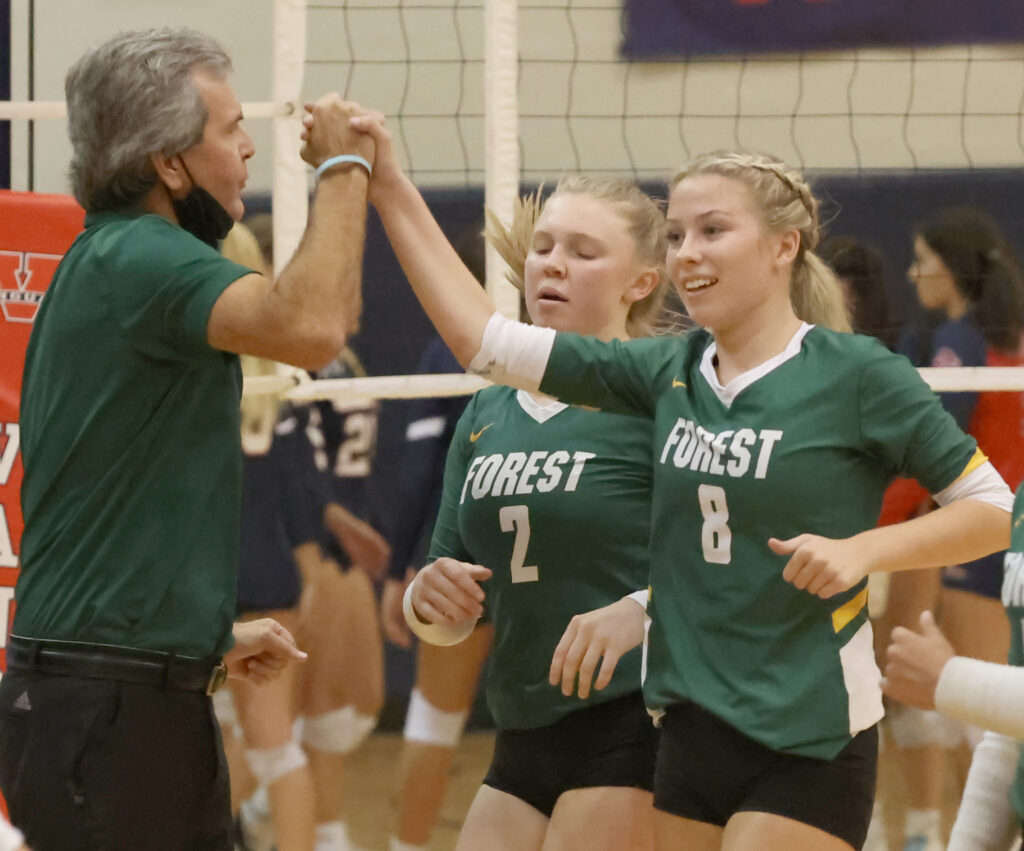 Forest’s coach Jimmy Collins celebrates with Aubrey O’Cull (2) and Sheridan Turner (8) as they leave the floor for a timeout against Vanguard during a volleyball match at Vanguard High School on Thursday. Forest won the match 3 sets to 0. [Bruce Ackerman/Ocala Gazette] 2020.

Entering Thursday night’s match between perennial powerhouses Forest and Vanguard, Forest set out to cement its status as the beast of Marion County while Vanguard aimed to bring the Wildcats back to earth and prove that they deserve to be in the discussion about elite teams this season.

The young Vanguard squad (6-2) started off strong in the first set and it appeared they would put Forest to the test. Behind a dominating performance from sophomore Emma Ehmann on the outside, Vanguard narrowly lost the first set 25-22. 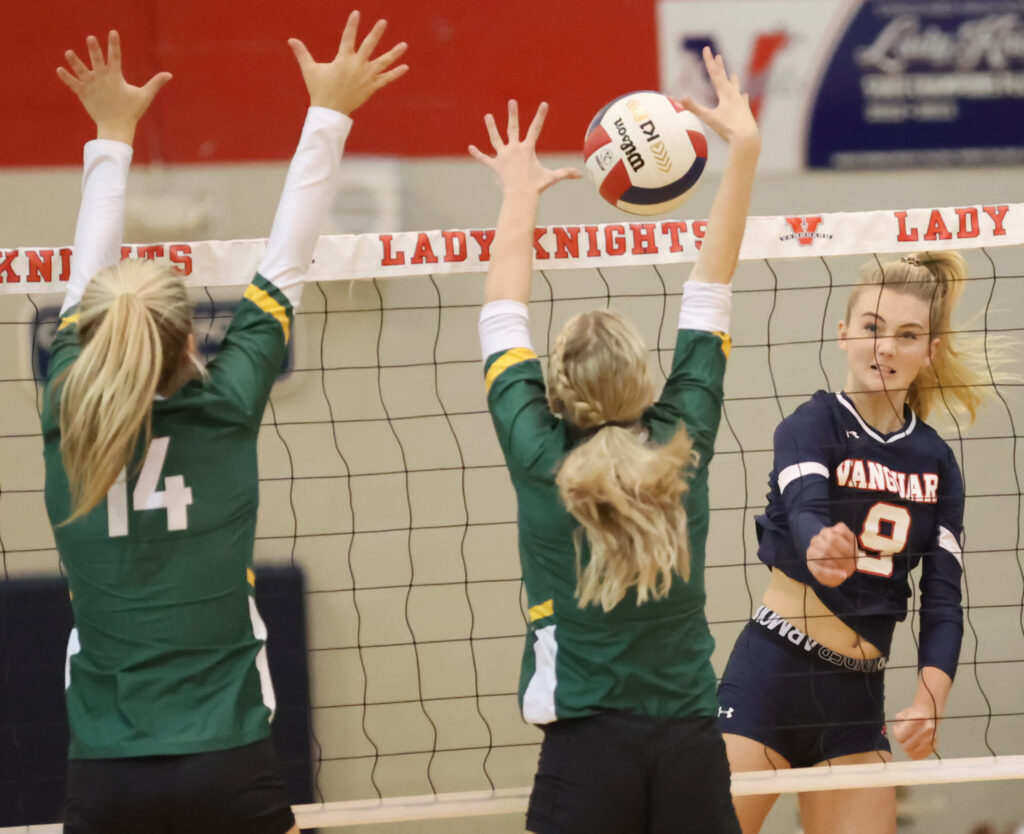 “We haven’t really been challenged this season and haven’t been able to show ourselves what we are made of,” Forest Coach Jimmy Collins said. “We appreciated Vanguard’s ability and pushing us in the first set.”

Entering the second set, it soon became apparent that the Wildcats’ consistency would make the difference. While both teams are young, Collins’ team showed better composure, and in turn Vanguard began to struggle with its accuracy.

Up 2-0, Forest started the third set with heightened intensity, and began to experiment with their quick game, which paid off.  In turn, the Knights struggled with serve receive and their communication unraveled as Forest stormed to a 25-9 victory and the match win.

“We played a tough first set and I was happy with our performance. However, we are a young team and need to work on our end game,” Vanguard Coach Luis Perez said.