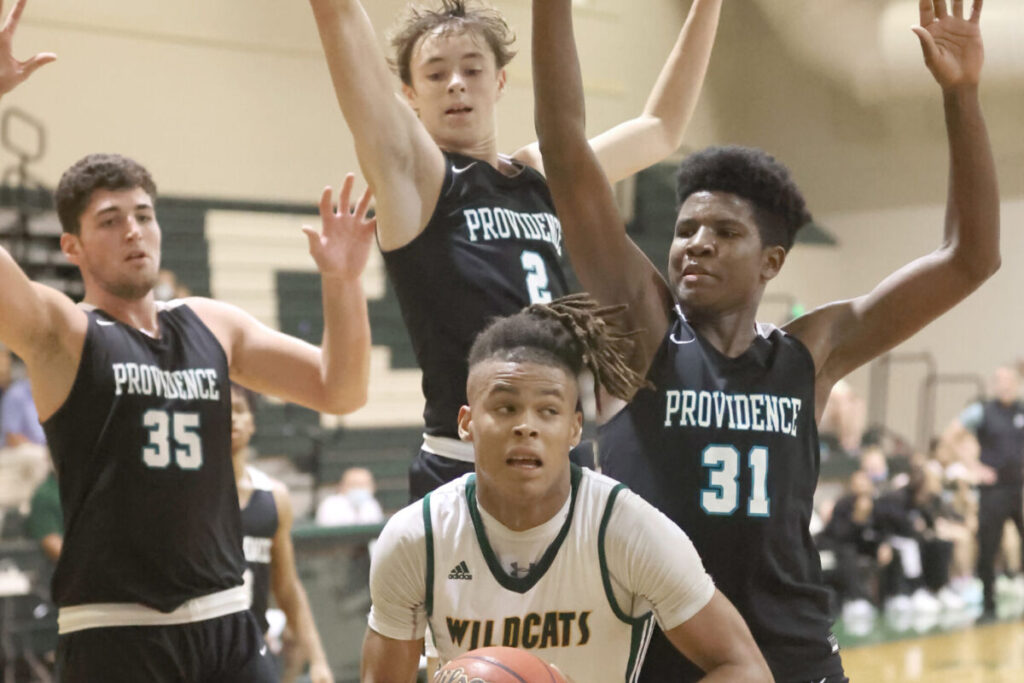 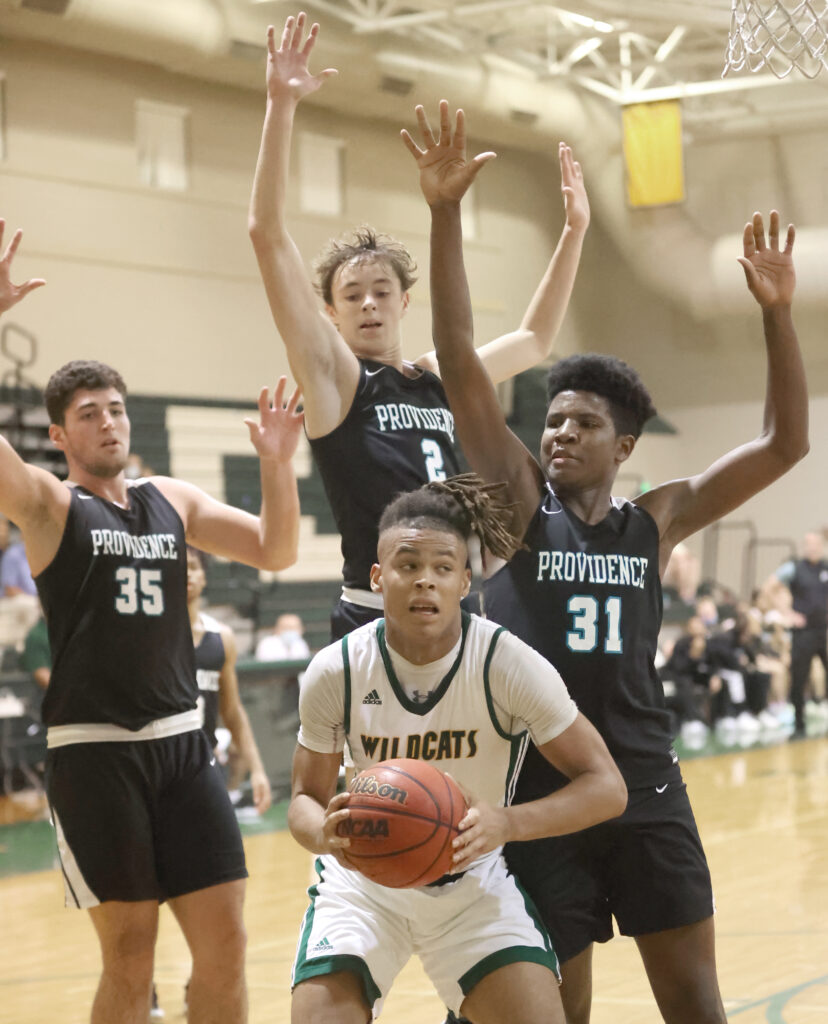 Forest’s Elijah Russell (3) looks for a way to the basket as he is defended by Providence’s J. lee Repass (35), Mason Lee (2) and Jaylen Robinson (31). [Bruce Ackerman/Ocala Gazette]

It’s been a weird week for Forest basketball.

When Spencer Ashley and the Wildcats went to practice on Saturday morning, they were greeted with a dark gym.

“We practiced at Belleview on Saturday, so that’s always weird” Ashley said. “We realized we didn’t have power in the gym, so we had to scramble and Coach Small and Coach Hoffman got us in. So that wasn’t a great practice.”

A string of lackadaisical practices, paired with the approaching holiday, distractions riddled the Wildcats as they fell to the visiting Providence School Stallions (Jacksonville) on Tuesday night.

The Stallions, which were led by senior Jack Dillard, came out scoring quickly. Dillard, who finished the night with 17 points, knocked down three shots from beyond the arc.

Ashley, who scouted the Stallions last Friday, was shocked by their shooting success in Forest’s 41-26 loss. 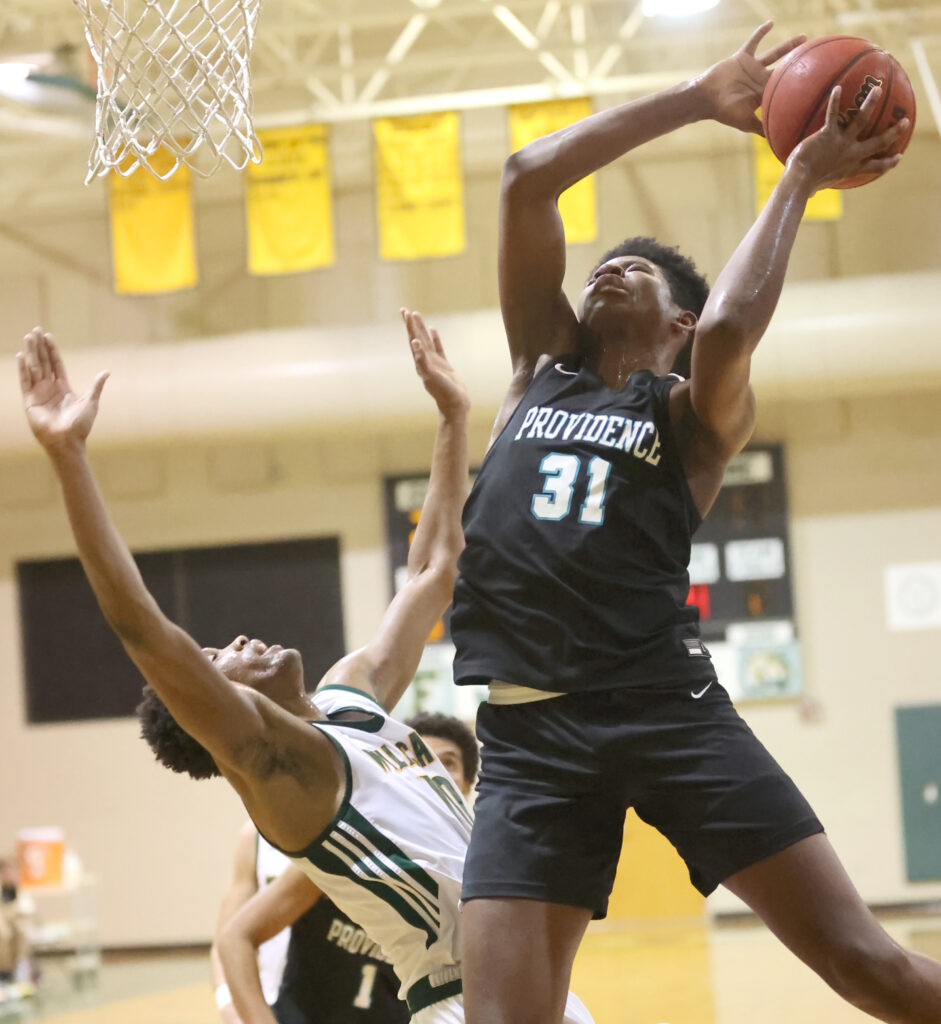 In addition to its success scoring, Providence also utilized its lanky roster to take away a lot of Forest’s opportunities on offense. The Wildcats’ 26 points on Tuesday night were the least they’ve scored in a game all season.

“Jim Martin is such a good coach,” Ashley said of Providence’s head coach, who has played a role in developing over 30 college players. “Somebody gave him some film so he saw something, and he exploited us pretty good. He just did a really good job of sitting in that zone.”

Forest junior Brenen Lorient found creative ways to score for the Wildcats, despite the Stallions’ gritty defense. Lorient’s 12 points led the score sheet for Forest, but according to Ashley, the 6-foot-8 forward was far from satisfied following the loss.

“You don’t like to see kids happy after a loss,” Ashley remarked. “He’s not like that. He’s mad. And I like a mad Brenen. You think I’m joking, but he wants to work out on Christmas. This guy is crazy. He wants to get better every day.” 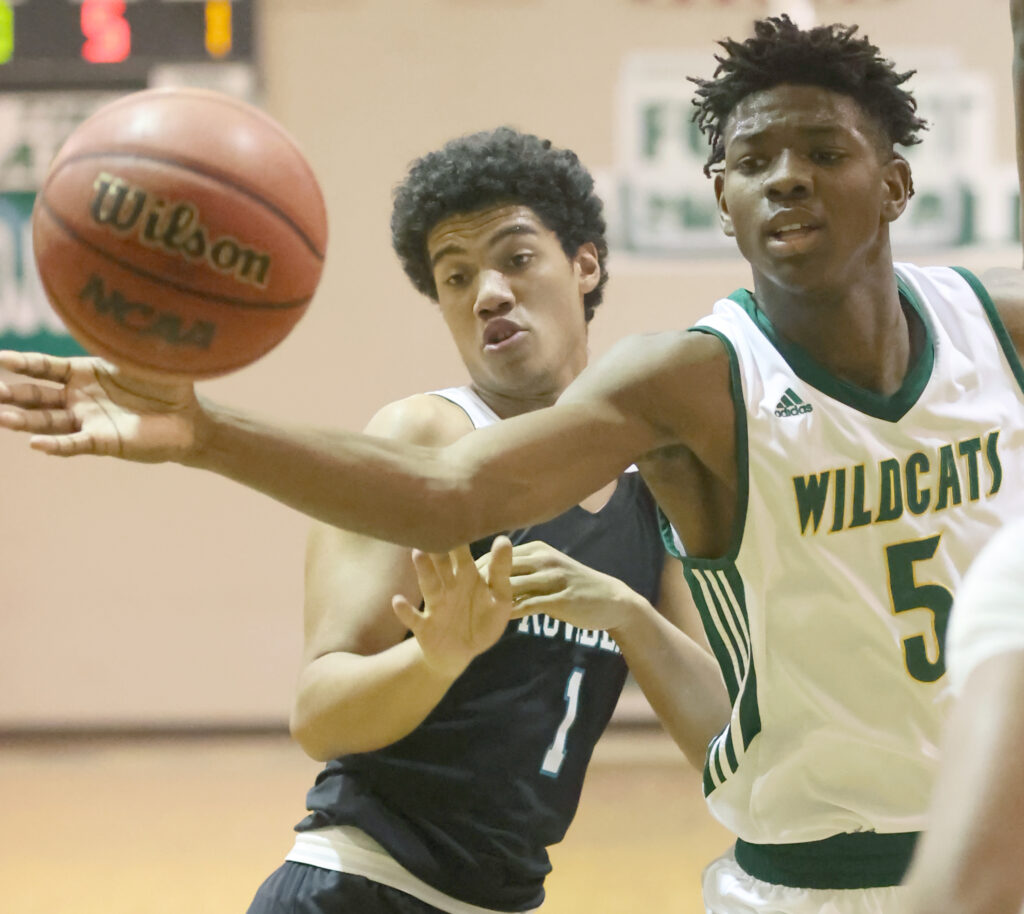 And while the Wildcats won’t be practicing on Christmas Day, Forest will return to action quickly.

The Wildcats (7-2) will travel to The Villages Charter on Tuesday and Wednesday to take part in The Battle @ The Villages. Forest will draw Impact Christian Academy in the opening round of the tournament with a 3 p.m. tipoff.