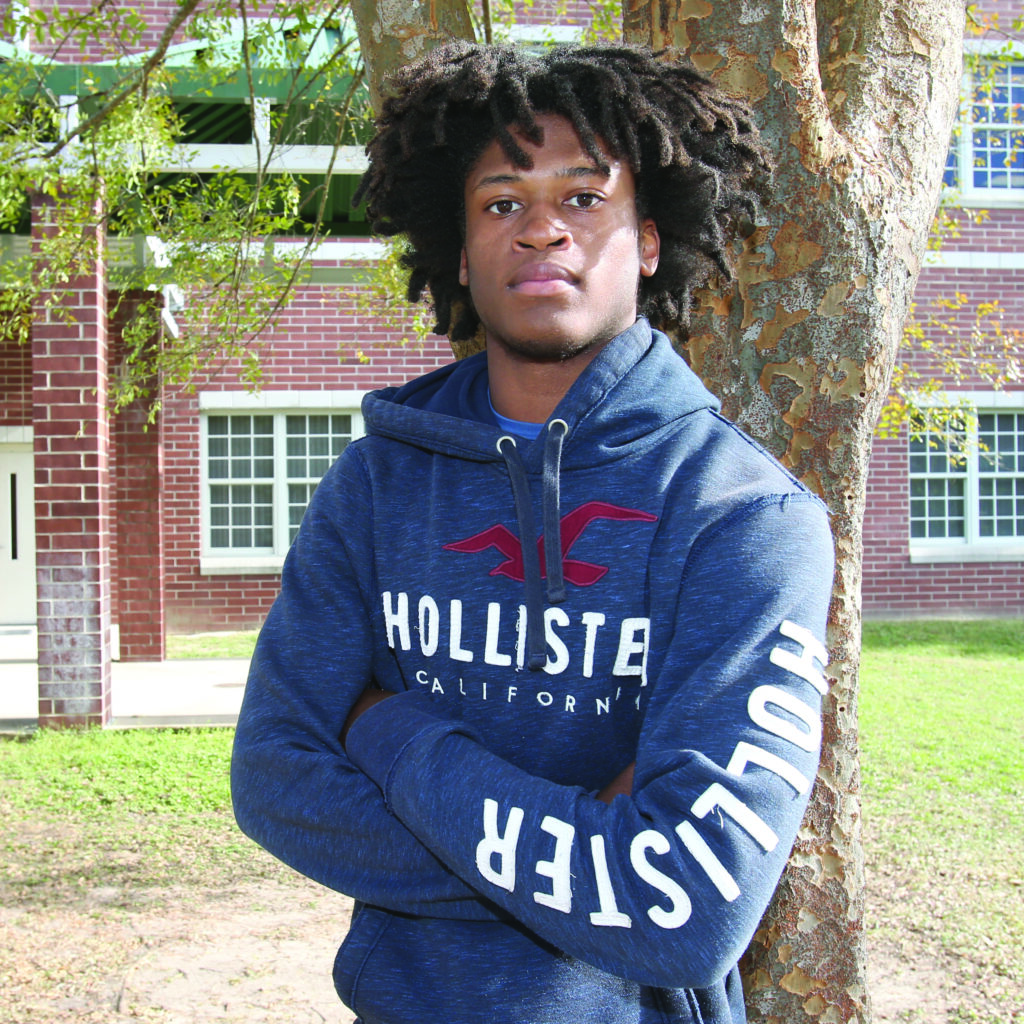 Jaydon Hodge, 17, a junior, poses for a photo at Forest High School in Ocala, Fla. on Wednesday, Dec. 2, 2020. Hodge plays safety on the school’s football team and is the Class President of the Student Council for 2020/2021. [Bruce Ackerman/Ocala Gazette] 2020. 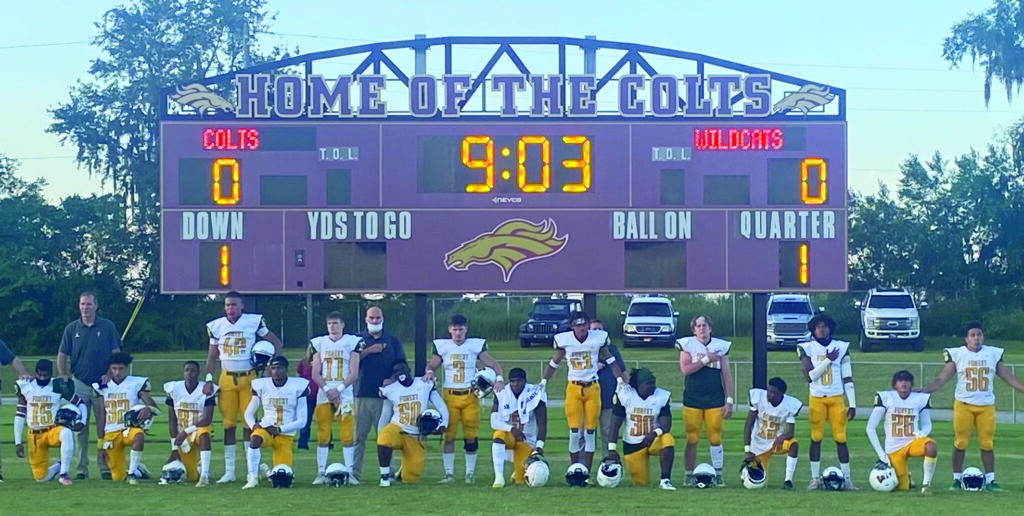 For Hodge, a junior football player at Forest High School, his focus hasn’t always been on the game he loves. While other boys his age were watching highlights of their favorite athletes, Hodge was quick to pick up on other, bigger things that caught his impressionable eyes.

“I actually started paying attention to what went on in our government when I was a young kid,” Hodge explained. “I remember I was in third grade when Gov. Romney and President Obama were running against each other. Although I didn’t have quite the understanding of all the policies, I knew I was interested in politics at a young age.”

Since the 2012 presidential race between Mitt Romney, the former governor of Massachusetts, and incumbent President Barack Obama, Hodge has witnessed two other presidential elections and a handful of other political movements.

And, as a Black athlete, the issue of kneeling for the national anthem was one that quickly surged to the forefront of Hodge’s mind.

On Sept. 25, Hodge and the Forest High Wildcats visited North Marion High School for both programs’ 2020 season opener. Moments before kickoff, some members of the Forest football roster took a knee while the North Marion marching band performed the national anthem. 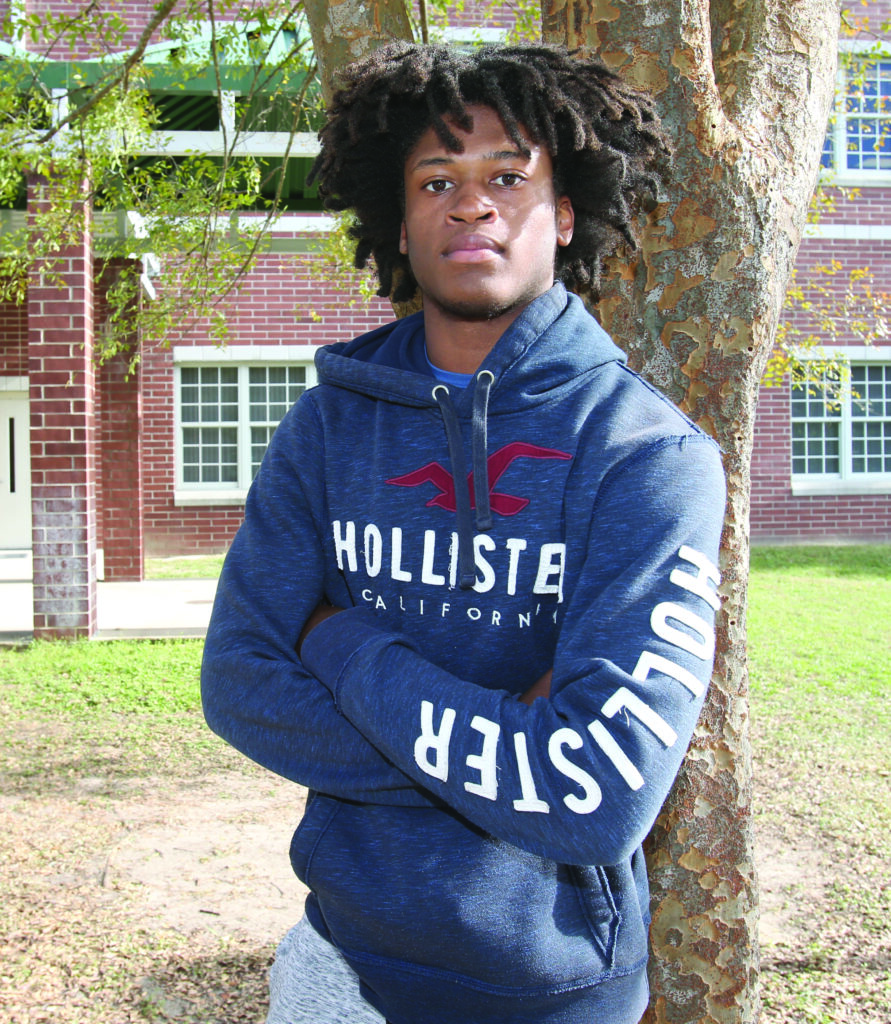 “Actually, I was against kneeling for the national anthem,” Hodge offered. “If you look back at the picture from the North Marion game, you can see me standing with my hand over my heart. I feel like the national anthem shouldn’t define what’s going on with social injustice in America today. I feel like it should define all the soldiers that go out and fight and protect us Americans to have every right we have today.”

Former San Francisco 49ers quarterback Colin Kaepernick initiated the movement to kneel during the anthem back in 2016, citing that the U.S. “oppresses Black people and people of color.” Since then, athletes from all sports, levels and races have joined the movement.

Hodge is not one of them.

“I stood because I’ve been standing since Little League,” Hodge explained. “I strongly feel like the actions of other people shouldn’t affect how we feel about the national anthem. I never thought about kneeling.”

Since the conclusion of Forest’s football season on Nov. 13, Hodge has remained engaged in the worlds of politics and social justice.

In terms of social justice and gender equality, Hodge saw that as a monumental win for girls and women around the country.

“Aw man, I was just like, I can’t believe I’m living in history right now,” Hodge recalled. “With her being the first woman in the VP seat, it shows little girls and even teenage girls that they can do absolutely anything that they put their mind to. With her being the first Black woman, it shows young Black women that education is the passport to the future, for tomorrow, it belongs to those who prepare for it today. She did it, and you can too.”

With perspective such as that, it’s easy to forget that Hodge is a junior in high school. However, it also makes it easy to believe that the Forest safety has hauled in scholarship offers from such Ivy League schools as Penn, Dartmouth and Yale.

Then again, Hodge’s 27 total tackles in 2020 and two sacks might have something to do with those offers, as well as the 17 others the junior safety has reeled in.

And though the Forest Wildcat has yet to make a final decision on where he will be spending his college career, rest assured the college of his choice will have to have a good political science program.

“I’m actually class president at my school, so I’m very into government,” Hodge said. “I’ve been thinking about doing some political service here and there … I actually want to major in political science, so we’ll see what the future holds.”