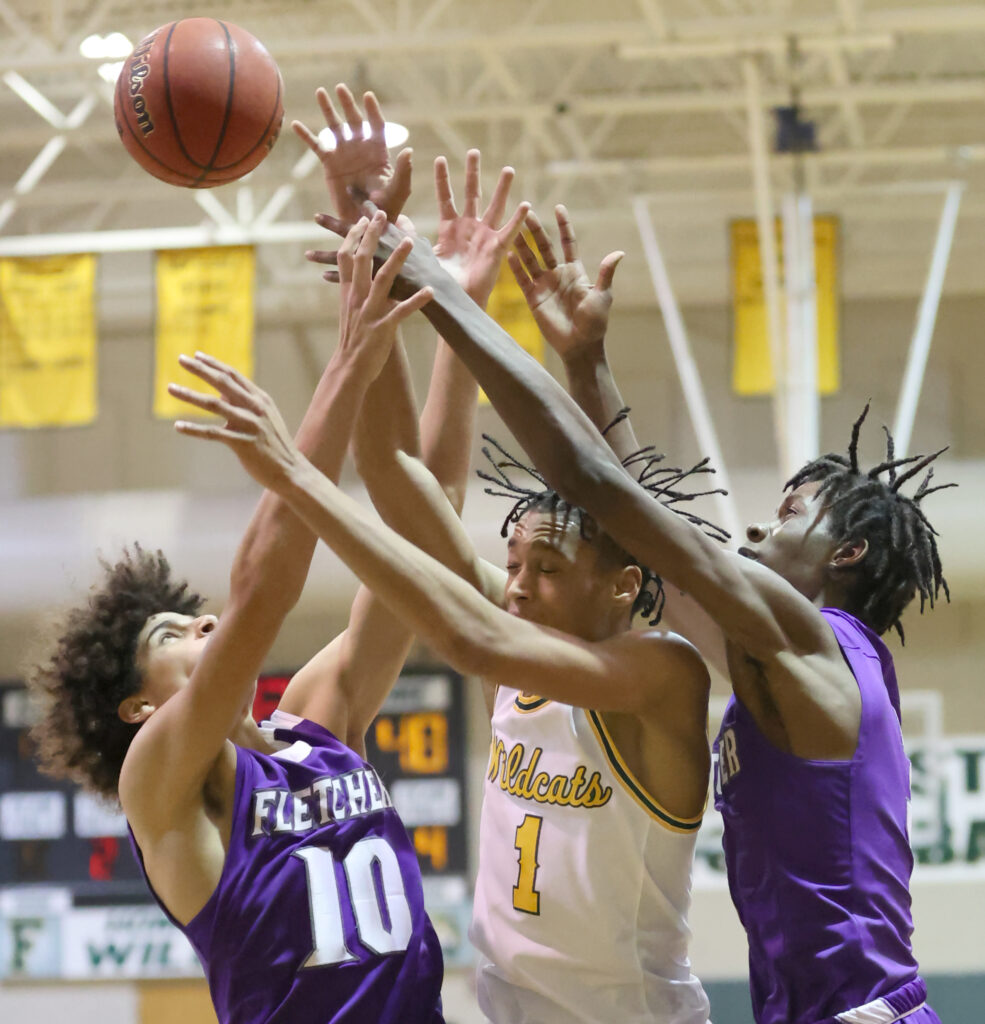 The Forest Wildcats and Fletcher Senators played tug of war with a two-point lead heading into the fourth quarter of Tuesday’s FHSAA Class 6A-Region 1 semifinal.

But behind back-to-back dunks from Forest juniors Elijah Russell and Brenen Lorient, the Wildcats finished off the Neptune Beach team 63-50 and secured a trip to the regional final.
Things could have quickly gone south for the Wildcats earlier after Forest was hit with two technical fouls in the third quarter.

Giving up four free points from the charity stripe, followed by two unearned possessions to Fletcher could have proven costly.

Technical fouls have a way of shifting the momentum of basketball games.

But so do slam dunks.

The final score didn’t reflect how close the game was through the opening three and a half quarters.

The Senators took a three-point lead into the locker room at halftime following a buzzer-beating three-pointer from Fletcher’s Zyhir Sims.

Sims was a one-man show in the opening half, scoring 24 of the Senators’ 27 first-half points.

Ashley and the Wildcats knew they had to stop the Fletcher senior to have a chance.

“I really wanted to see X’Zavion on him. And X’Zavion did a phenomenal job guarding him and taking him away,” Ashley said.

Freshman X’Zavion McCoy, who Ashley called “The Future” before he entered high school, showed his talent.

In addition to erasing Sims’ impact on the game in the second half, the Forest rookie also knocked down two crucial three balls for the Wildcats in the third quarter.

“I keep telling them that we’re focused, not finished,” Ashley said.

And now the focus of the Wildcats shifts to a talented Lincoln High School team out of Tallahassee, which Forest will play on Friday night for the regional final. Time and place to be determined.