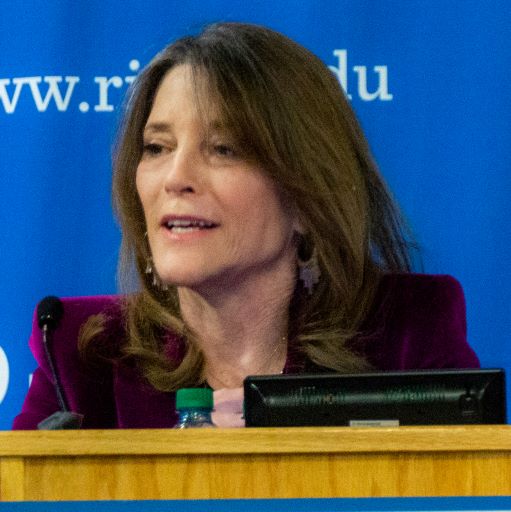 Women interested in discussing global solutions, take note: Ocala’s first-ever All-In for Peace Women’s Summit aims to bring star power and global discourse to the Appleton Museum of Art on Thursday, Sept. 22, from 10 a.m. to 3 p.m.
Ollin Women International, founded by pharmacist and civic leader Dr. Manal Fakhoury, is coordinating the event that’s scheduled to feature Marianne Williamson as keynote speaker.
The famed author and 2020 Democratic Presidential candidate will join other prominent women in discussing peace, literacy and empowerment.
Ocala-based guest speakers and facilitators include Jessica McCune, Dr. Jillian Ramsammy, Fakhoury and Jessi Miller.
All-In for Peace takes place one day after the International Day of Peace but aims to keep up the momentum of the day’s messaging by educating women to educate and empower themselves to facilitate peacebuilding in their lives, communities, and, in turn, the world at large.
Williamson, who penned the bestseller A Return to Love and 13 other books, has appeared in the spotlight throughout the years as a political activist and spiritual thought leader. She has worked throughout her career on poverty, anti-hunger and racial reconciliation issues. In 2004, Williamson co-founded The Peace Alliance and supports the creation of a U.S. Department of Peace.
Guest speaker Medea Benjamin co-founder of the women-led peace group CODEPINK and the human rights group Global Exchange, has advocated for social justice for more than 40 years, and she has been nominated for the Nobel Peace Prize.

Dot Maver, founding president of the National Peace Academy USA, will also join the event as a guest speaker. Maver has served as the founding executive director of the River Phoenix Center for Peacebuilding and other global welfare-focused organizations, focusing on applied peacebuilding, shared responsibility and shared leadership modeling.
Ollin Women International was founded in Ocala with a mission to create “a culture of peace by transforming the way we interact with and see one another.”

The inspiration for the organization’s name traces to a word that can be found on the Aztec calendar and on many of the instruments used in sacred pre-Columbian ceremonies.

Pronounced ALL-IN, the word “ollin” derives from yollotl, meaning heart, and yolistli, life. So, in a way, it’s the perfect double entendre and speaks to the event’s name, “All-In for Women.”
Manal Fakhoury founded Ollin Women International after she woke up one morning and thought, “Things have to change. We can do better.”

She posted a message on her personal Facebook page in search of women leadership and got more than 400 responses from friends and colleagues around the world.
Her hope is that the summit will become an annual event and continue raising awareness of ideas, large and small — ideas that help everyone move toward peace.
The All-In For Peace Women’s Summit takes place from 10 a.m. to 3 p.m. on Thursday, Sept. 22, at the Appleton Museum of Art in Ocala Tickets are $45 and can be ordered at ollinwomen.org.