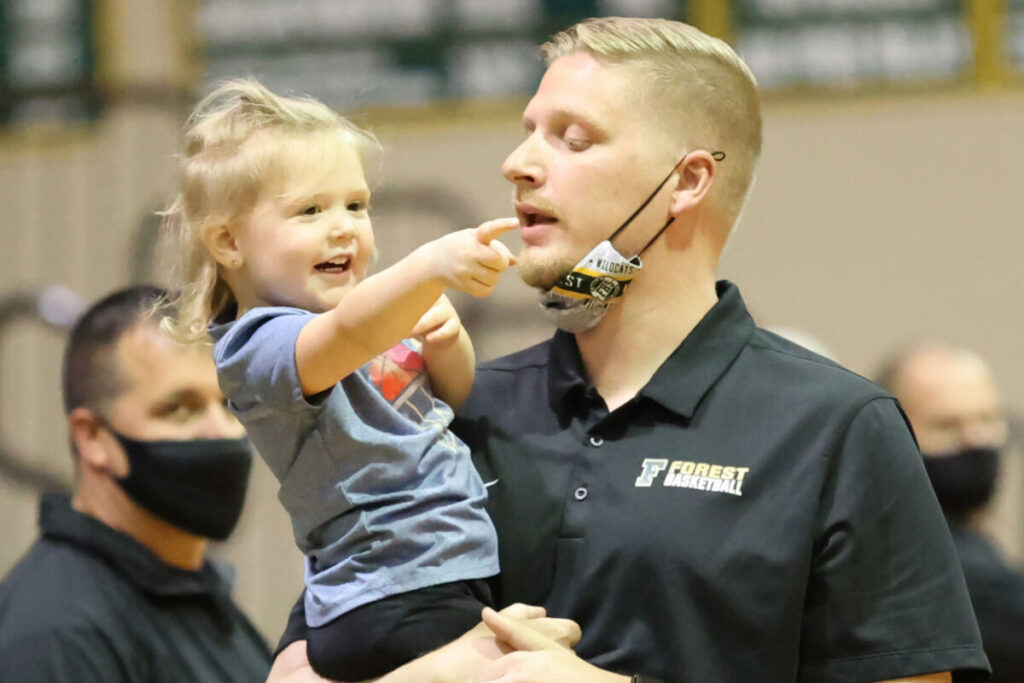 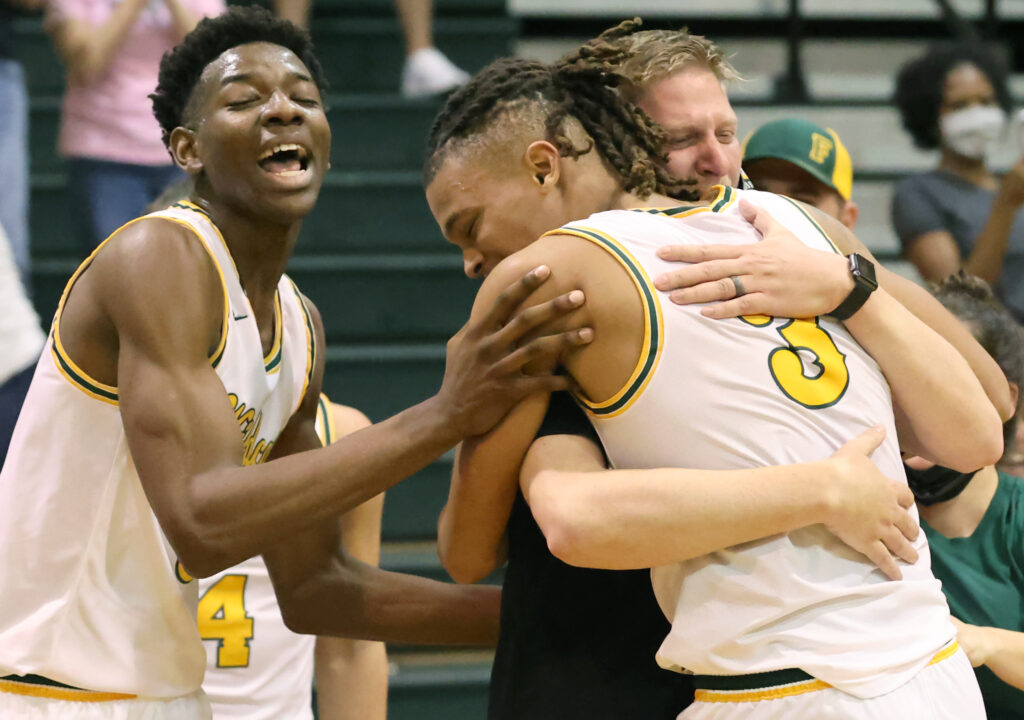 This year, Spencer Ashley’s Forest High School basketball team reached the final four at the state championships for the first time in almost a half century.

But the highlight of his season came on Jan. 31 and had nothing to do with basketball.

That’s the day he spent with his daughter, Savannah. It was the 1,004th day of her life. The same number of days Ashley was alive when his father died.

“I said no matter what I’m doing, we’re spending all day together,” Ashley said.

Of course, when he made that promise he did know the date would come while deep in the chase of a state championship. But true to his word, he spent the entire day with Savannah at Animal Kingdom. Not a basketball in sight.

“That day was probably the best day of my life,” Ashley said. “Nothing special happened. I just got to spend all day with my daughter.” 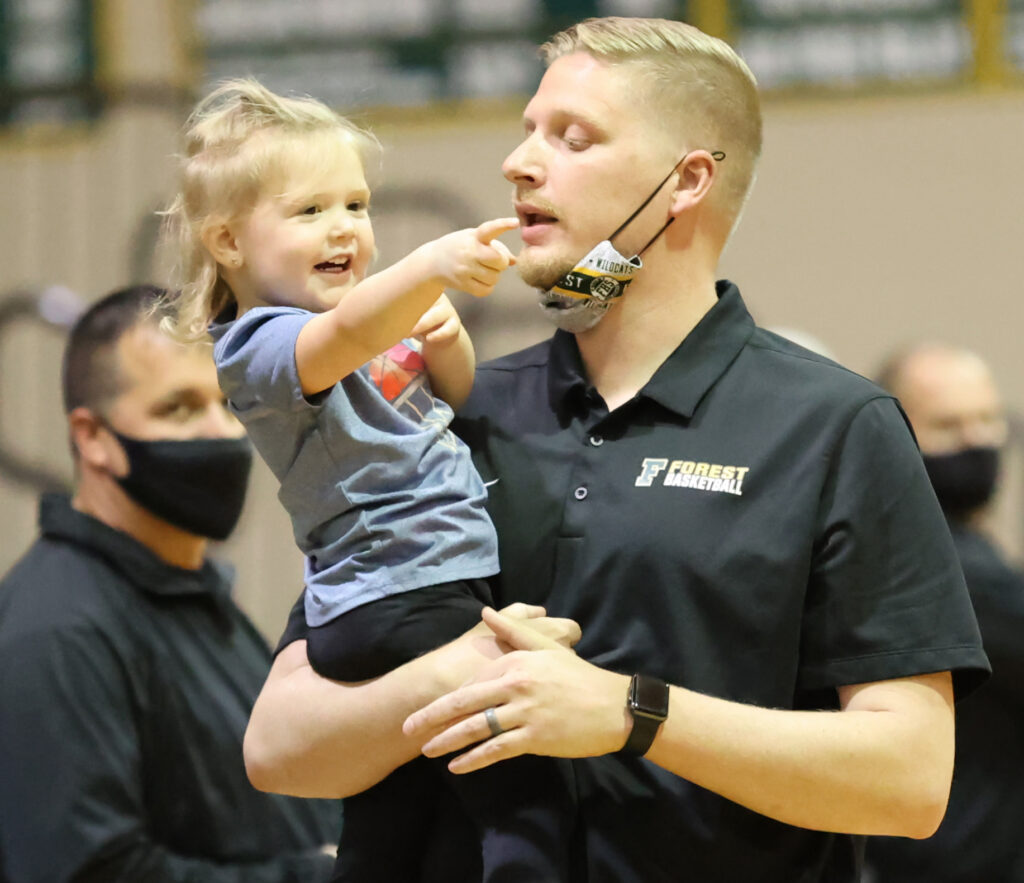 For Ashley, basketball is a passion, but family comes first. And he considers his team and students family.

At 15, Ashley’s dream of playing in the NBA were thwarted by reality. Few high school basketball players go on to play college ball, and even fewer make it to the big leagues.

In Ashley’s eyes, coaching high school basketball was the next best thing. He set his dream to coaching a game in the RP Funding Center in Lakeland, the arena where the FHSAA Final Four is traditionally played.

But you don’t just start at the top. His coaching career began as an assistant coach for Lake Howell in Winter Park. He coached there for three years while enrolled at the University of Central Florida. After graduating, Ashley returned to his high school alma mater in Ocala and helped coach the West Port Wolf Pack for four years.

His wife Alyssa was by his side through it all. The two began dating when Ashley was 15, the same time he was realizing an NBA playing career was likely out of reach. They married in 2012.

In 2017, Ashley took the reins of Forest boys’ basketball program.

Just months after the move and weeks before Savannah’s birth in 2018, Ashley remembers hearing a loud bang in the hall outside of his classroom. Sky Bouche is accused of firing a shotgun through the door of another classroom, striking a student in the leg.

Ashley followed Forest’s principal and a school resource officer to the classroom and started attending to the injured student. He then ran down the hall warning others.

Back in his classroom, he opened the windows and told his students if anyone tried getting into the room they should climb out. He would be the last to leave. Bouche had already surrendered and no one else was injured.

It was a memorable welcome for the coach, but it cemented his bond with the students and faculty. 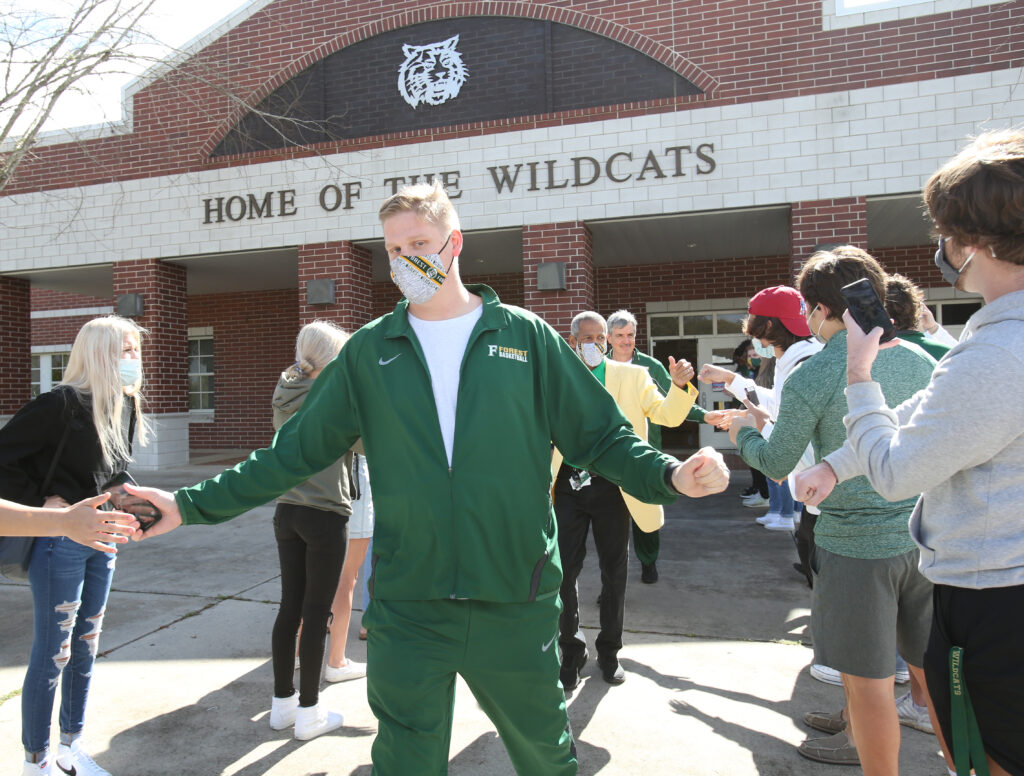 Coach Spencer Ashley is wished good luck by students as the Forest Wildcats get ready to leave on a bus to play in the FHSAA Basketball Final Four. [Bruce Ackerman/Ocala Gazette]

Almost three years later, on Feb. 26 anxious eyes again looked to Ashley for direction. This time on the basketball court.

The Wildcats were tied with the Tallahassee-Lincoln Trojans in the final seconds with a trip to the final four in Lakeland on the line.

In the balance was nearly a fifty-year Forest drought and Ashley’s dream to pace the sideline of the RP Funding Center.

The play call was “Utah” – the Wildcats’ bread-and-butter offense.

Forest would hold the ball for more than 90 seconds before applying the pressure to Lincoln with the game tied a 47-points apiece. With 3.4 seconds to play, Forest junior Elijah Russell would sink a three-pointer from the top of the key to send the Wildcats to Lakeland.

Despite the dramatic finish, Ashley will remember the moments after the bucket the most.

While a celebratory ruckus caused pandemonium in the gym, Ashley and his wife shared a long embrace.

The sleepless nights, whether basketball-induced, trauma-induced or parenthood-induced, had paid off.

The trip to Lakeland, however, did not have a storybook ending.

Defending state champion Bartow overwhelmed Forest for four quarters on March 4 en route to a 63-24 victory in the Class 6A state semi-final. Bartow went on to repeat as champs.

While the Wildcats would have loved to play in the state championship, Ashley found the silver lining.

With much of his team set to return, the prospects for another playoff run look promising.

And next season, a new Ashley will join the family. The couple is expecting a boy in July.

He will have a boy call him “dad” instead of “coach.” But for Ashley those titles can be similar. Growing up without a father, coaches help filled that role in his life.

“I had a lot of males step up in my life,” Ashley said. “They took on that role – including coaches.”

He’s tried to fill that role for some of his own players through the years. Not every player on the Wildcats’ basketball roster has a father figure at home.

“I never had my dad tell me that he was proud of me. I know he is, but I never got to hear him say it. And to be a boy and to never hear your dad say how proud of you he is, it just hurts,” Ashley said.

It’s something he makes a point to do no matter the outcome of a game. He did it after the loss to Bartow.

“I’m so proud,” Ashley said after the game. “I’ve said it a million times. I’m just so, truly proud of our program.”