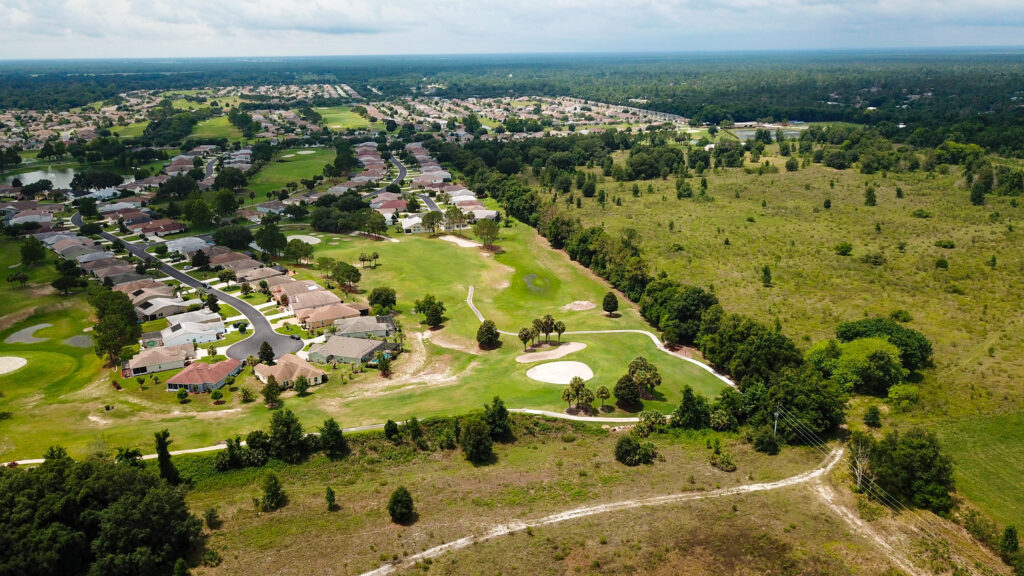 [Alan Youngblood/Special to the Ocala Gazette]

SummerGlen is seen to the left and in the background. The proposed site of an 801-unit residential development is seen in the foreground and to the right. [Alan Youngblood/Special to the Ocala Gazette]

The Marion County Commission postponed a final decision on a proposed 800-plus-unit residential development near Marion Oaks after the property owner submitted several changes to the plans just before Tuesday’s meeting.

It is the second time the controversial proposal was postponed. In May, the property owners, Maro Investment Ocala LLC and Rock Cloutier, asked for a continuance to work on changes. On Tuesday, it was county staff that asked for a delay so they could study the changes.

The development plan for 221 acres originally included 891-units, including multifamily residences. The latest plan reduced the units to 801 and eliminated the multifamily component.

The commission approved a development plan for the property in 2014 for more than 750 residential units, but that approval lapsed.

Despite the changes, concerns remained about the impact on traffic in the area. Traffic and population have surged near Marion Oaks in recent years.

Still, some residents of nearby SummerGlen, which is south of the proposed development on Southwest 20th Avenue, want no part of the new community. SummerGlen has nearly 1,000 homesites. Both properties border the nearly 15,000-acre mega community of Marion Oaks, which was planned some 50 years ago with 28,000 subdivided lots. About 20,000 of those lots are still vacant, but construction is picking up thanks to continued growth along State Road 200. The area is also near the site of a new Dollar Tree distribution center. The distribution center currently operates a 500,000-square-foot facility and will soon complete another 1.2 million-square-foot facility promising a total of 700 jobs.

The $200 million project is the centerpiece of the 1,000-acre Florida Crossroads Commerce Park. The county is marketing the park to other companies needing massive distribution centers. The latest commerce park comes after companies including Amazon, AutoZone, Chewy and FedEx opened distribution and fulfillment centers at the Ocala/Marion County Commerce Park, located just north of U.S. 27 and east of I-75

Marion’s reputation as a logistics hub is growing thanks in part to its central location in the state and its proximity to I-75.

David Tillman, the engineer for the project, said the Ocala Metro Chamber and Economic Partnership told him that 150 people were moving to Marion County every week. The CEP is planning to release a housing study soon.

“We need development. We need new subdivisions,” he said. “There is certainly a need.”

Both the county and Ocala have seen a jump in residential development projects. The Ocala/Marion County Association of Realtors reported home inventory was low.

Tillman said three developers are interested in the property. They have an offer from one. Any sale is contingent on the plans’ approval. He said if approved, home construction could begin during 2023.

Still, to residents of SummerGlen, several who spoke against the proposed project on Tuesday, the new neighborhood is not welcome.

“I find it inconceivable that this commission could approve approximately 800 single and multifamily homes on a dead-end road,” said Karl Bykowski.

Southwest 20th Avenue ends about two miles south of the entrance to SummerGlen.

The commission will take up the proposal during its July 20 meeting.