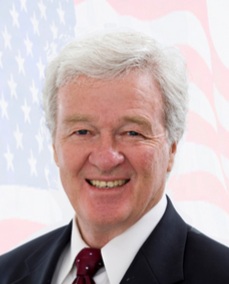 The newest member of the Marion County School Board is no fan of mask mandates.

Don Browning, who was appointed to the board by Gov. Ron DeSantis on Monday, said the issue has become hopelessly political when it should be a personal responsibility question.

“I don’t need to tell you what to wear. You are a fully-functioning adult,” Browning said. “Freedoms really matter. If you want to put a mask on, put a mask on.”

Browning, 80, bristles at the notion that wearing a mask should be universal.

“If they walk into a situation that needs it, certainly put a mask on,” he said. “But we’re not going to use some kind of amateur political mandate to make a third-grader sit all day long with a mask.”

Browning notes the less strict international guidelines for school children wearing masks and what he called the flip-flopping of the U.S. Centers for Disease Control and Prevention on the matter to illustrate the capriciousness of the mandates. The CDC in early August recommended all students, teachers, staff and visitors wear masks regardless of vaccination status. But the recommendation was in response to the more contagious delta variant of COVID-19.

But while masks can be effective, some studies, including a May CDC study, showed no statistically significant difference between schools requiring students to wear masks and those where masks were optional. The reason, according to the study, was likely due to improper fitting masks or improper wearing of masks. Still, that CDC study did show that masks worn by teachers and staff, as well as improved ventilation and social distancing, did reduce the spread. The study was conducted in late 2020 before the prevalence of the delta variant.

“Stopping a virus with a mask that is open on all sides is like trying to stop a tennis ball with a barbwire fence,” he said.

Instead, he said common sense should rule the decision.

“I’m vaccinated. I am very prudent. If someone coughing and sputtering walks into the same room, I’ll put a mask on,” Browning said.

The Marion County School board on Aug. 16 voted to implement a schoolwide mask mandate with a parental opt-out for students. Teachers and staff did not get the opt out choice but could forego the masks if they have a documented medical reason.

Gov. DeSantis, who is also against mask mandates, announced on Monday that Browning would take over the seat once occupied by Beth McCall.

McCall resigned her position in June after she moved out of the District 2 area of southeast Marion County. School board members must live in the districts to which they are elected.

Browning, a retired businessman, said he has worked with the local public schools in the past, including donating science and technology equipment.

He would like to focus on science and math programs, but also appreciates reading, writing and the arts.

“I’d like to maximize the capacity of every person in the school district. I want to see every student be able to achieve their potential to the best of their ability,” he said.

Browning has run at least twice for U.S. Congress representing part of Marion County. His last bid came in 2012 when he ran for the District 11 seat currently held by Daniel Webster. He did not win either election.

A former member of the U.S Navy, he previously served on the Winter Springs City Council, Florida Council on Arts and Culture and the Florida Juvenile Justice Association.

On his Linkedin page, Browning lists his experience in impressionist art, photography, video and painting. He was also a previous board member of the Marion Cultural Alliance. Browning’s interests also include aviation, auto racing and sailing.

He will be sworn into office on Sept. 7, during a special school board meeting. While Browning takes over McCall’s seat, there will be a special election in 2022 since the current term had longer than 20 months remaining.

“I’m retired but I am very active. I don’t let the grass grow under my feet,” he said. “I think I can be of value.”