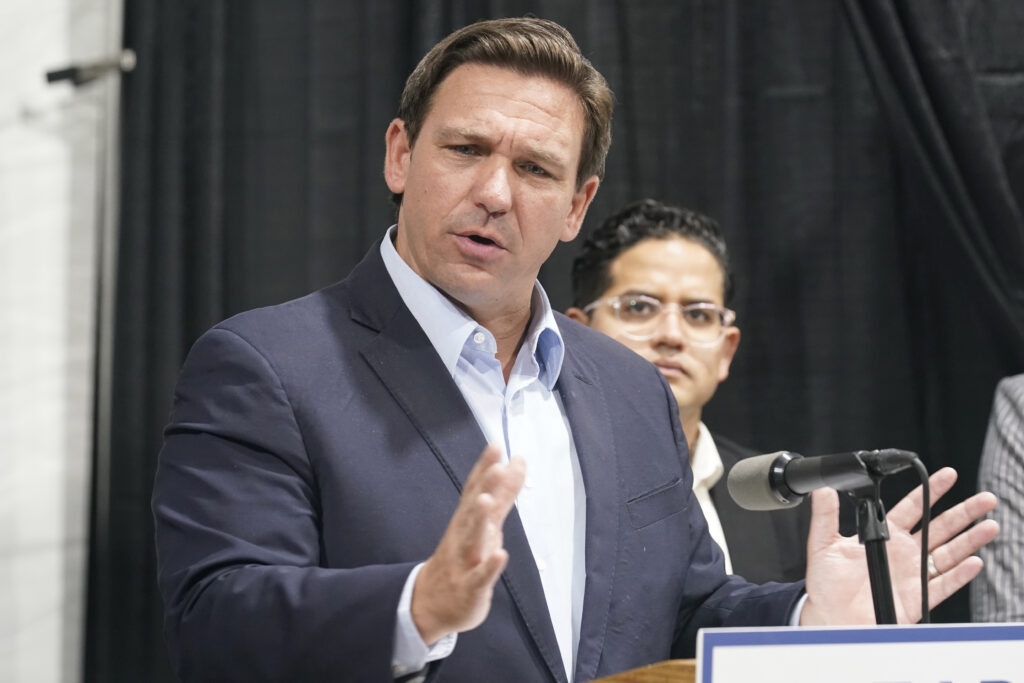 A lawyer for Gov. Ron DeSantis is demanding that a political committee backing a Miami-Dade County school-board candidate stop using the governor’s image on advertisements, as DeSantis has endorsed a different candidate in the race.

A mail piece pitches Marta Perez, who is running for the District 8 seat on the school board, as a “solid conservative voice.”

But the advertisement crossed DeSantis as it featured a photo depicting Perez side-by-side with the governor and another small image of the governor giving a thumbs-up.

The advertisement also featured a photo of Perez with former Gov. Jeb Bush and a picture of former President Ronald Reagan.

The Gazette asked local county commissioner Carl Zalak if he had permission to use Governor DeSantis image in his marketing materials and he did not answer the inquiry. 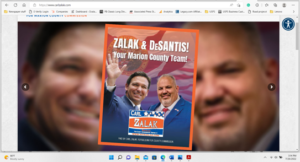 Local school board candidate, Taylor Smith, has also been using of DeSantis in her marketing materials. Taylor wrote the Gazette in response to inquiry, “We validated the picture is ok as long as it does not state an endorsement on the literature.” However, Taylor would not answer the follow up question as to who had “validated” her use of the photograph.

The law firm Shutts & Bowen LLP, which represents DeSantis and his political committee, on Monday sent a cease-and-desist letter to Christian Camara, chairman of the political committee Parents United for School Excellence, which paid for the mailer.

Ben Gibson, a partner with the Shutts & Bowen firm who also is a member of the State Board of Education, wrote in the letter that it is “no secret” that DeSantis has endorsed “pro-parent” school-board candidate Monica Colluci.

“The Political Committee’s unauthorized use of a picture of Governor DeSantis and Ms. Perez in the attached mailer creates a false and misleading impression that Governor DeSantis has endorsed and is supportive of Ms. Perez’s candidacy for Miami-Dade County School Board — both are false,” Gibson wrote.

Gibson demanded in the letter that Parents United for School Excellence remove DeSantis’ image from all mailers endorsing Perez and that it stop using the governor’s name, image and likeness on campaign, advertising and fundraising materials.