Desantis focuses on efforts to win school board races 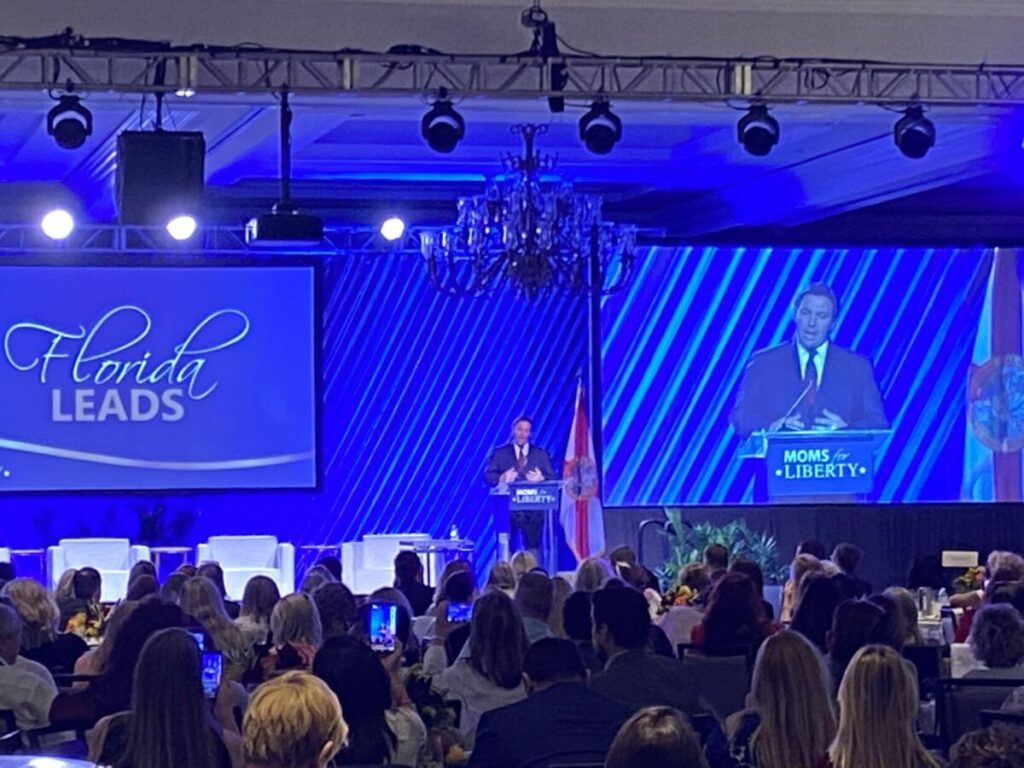 Emphasizing that school-board elections have a “significant impact” on families, Gov. Ron DeSantis on Friday focused heavily on his support for candidates who align with his education agenda as he helped kick off an event held by the conservative group Moms for Liberty.

Moms For Liberty, founded by two former Florida school-board members, gained prominence by railing against school-board policies such as mask requirements during the COVID-19 pandemic. It has drawn about 500 people from across the country to an inaugural “summit” that started Friday and will continue Saturday and Sunday in Tampa.

DeSantis has fought student mask mandates and led efforts that he and supporters say bolster parental rights. In recent months, DeSantis has been applying increased pressure to elect conservatives to school boards.

“I think what’s happened over the last couple years is parents now realize that these are really significant elections. Certain elections, the midterm, who’s running for governor or senator, those are important, don’t get me wrong. But (school boards) probably have a significant impact on families’ lives in a way that some of these other offices may not be able to do,” DeSantis said during a roughly hour-long speech Friday.

The governor’s campaign in June launched an online questionnaire designed to gauge school-board candidates’ alignment with his educational priorities as part of an effort to build a roster of candidates for potential endorsements.

One of DeSantis’ overarching prerogatives is to prevent what he calls “indoctrination” in the classroom.

Attendees can attend “strategy sessions” on topics such as “Gender ideology in our schools,” “A look behind the education curtain,” and “Are you ready to run?” — a training exercise for prospective school board candidates.

“Discuss the realities of what it takes to run a successful campaign and go over questions you should ask before jumping into a campaign,” a description of the school-board session said.

Tina Descovich, co-founder of Moms for Liberty and a former Brevard County School Board member, set the stage for the weekend’s sessions before DeSantis spoke in the Tampa Marriott Water Street hotel ballroom.

Across the street at the JW Marriott hotel, separated by a pedestrian bridge, the Florida Democratic Party this weekend is hosting its annual “Leadership Blue” event.

Florida Democratic Chairman Manny Diaz and other party officials held a news conference Friday to respond to DeSantis’ remarks, blasting the governor’s efforts to shape the makeup of school boards.

“The other side kind of has a head start with money and where it’s coming from, PACs (political action committees), but they’re not grassroots groups. They’re astroturf groups. And I think you’re going to see the tide change, whether it’s over the course of the next weeks, months or within a year,” said Scott Hottenstein, president of the Democratic Public Education Caucus of Florida.

Hottenstein argued that movements such as Moms for Liberty don’t constitute a majority of voters in local elections.

“When you look at who comes and protests, and who’s causing a scene (at school board meetings), it is a tiny minority of people in the state of Florida,” he said. “The overwhelming majority of parents in Florida love their local public school. Ninety percent or more choose their neighborhood public schools.”