Democrats denounce Yoho for profane remark, which he denies making 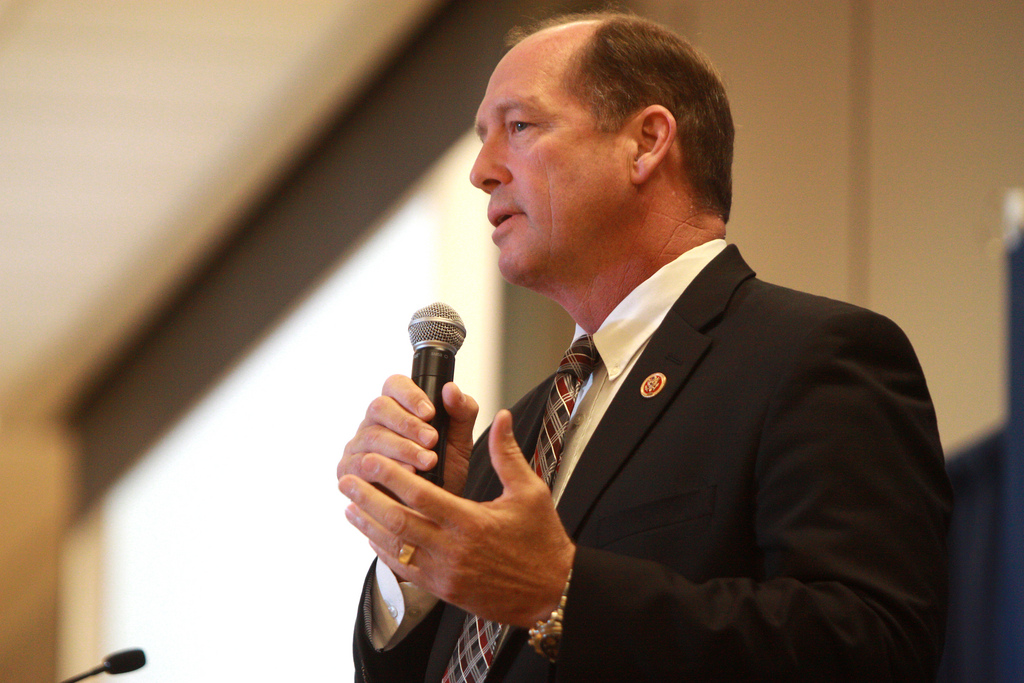 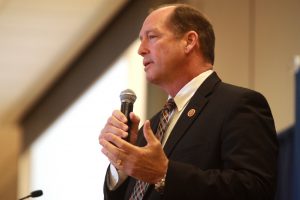 Congressional Democrats on Tuesday criticized U.S. Rep. Ted Yoho and demanded he apologize for allegedly uttering a profane insult at Democratic New York Congresswoman Alexandria Ocasio-Cortez. Yoho denied he made the comment, and said he would not render an apology.

According to media accounts, a reporter from The Hill claimed that the Gainesville Republican, whose district encompasses Ocala and much of Marion County, encountered Ocasio-Cortez on the steps of the Capitol on Monday. The Hill reported that they discussed Ocasio-Cortez’s recent take on the spike in crime in New York City, which Yoho labeled “disgusting.”

“You are out of your freaking mind,” Yoho supposedly added. Ocasio-Cortez countered to Yoho that he was being “rude.”

As they parted ways, Yoho allegedly referred to Ocasio-Cortez as a “f—ing b—h,” The Hill reported.

He apparently made the comment more to himself than directly to the New York freshman, media reports said.

Yoho’s spokesman, Brian Kaveny, denied that Yoho used the language asserted by The Hill, a publication that primarily focuses on Congress. Instead, Yoho uttered “bull—-” in reference to Ocasio-Coriez’s policies.

Last week, Ocasio-Cortez, who has emerged as a leader of the Democrats’ progressive wing, maintained that the spike in gun violence in New York City was attributable to people “stealing bread to feed their children.”

Yet the more likely cause is that Mayor Bill de Blasio has reined in police as protests, and later riots and looting, erupted in the wake of the death of George Floyd, the black Minneapolis man who died in police custody on Memorial Day.

De Blasio also has said he plans to cut $1 billion from the NYPD budget as liberal protesters in New York, Minneapolis and other major cities call for “defunding the police.” Amid the widespread, albeit ill-defined, allegations of “systemic racism” and championing of budget cuts by progressive forces, the NYPD has seen a rash of retirement requests by officers.

In response to the dust-up, House Majority Leader Steny Hoyer, a Maryland Democrat, demanded that Yoho apologize. He called the Republican’s remarks “despicable” and “unacceptable.”

“Mr. Yoho owes not only the congresswoman an apology but also an apology on the floor of the House of Representatives,” Hoyer said.

“It was the act of a person who is the antithesis of John Lewis,” added Hoyer, who was referring to the late Georgia Rep. John Lewis, a longtime House Democratic leader who died Friday and was hailed by liberals and conservatives as an icon of the civil rights movement.

Kaveny, Yoho’s spokesman, maintained to reporters on Tuesday that Yoho “had a brief member to member conversation” and had not referred to Ocasio-Cortez by that name.

Also on Tuesday, Yoho indicated he would not apologize, noting “there was nothing to apologize for.”

Kaveny added, “It is unfortunate that Rep. Ocasio-Cortez is using this exchange to gain personal attention.”