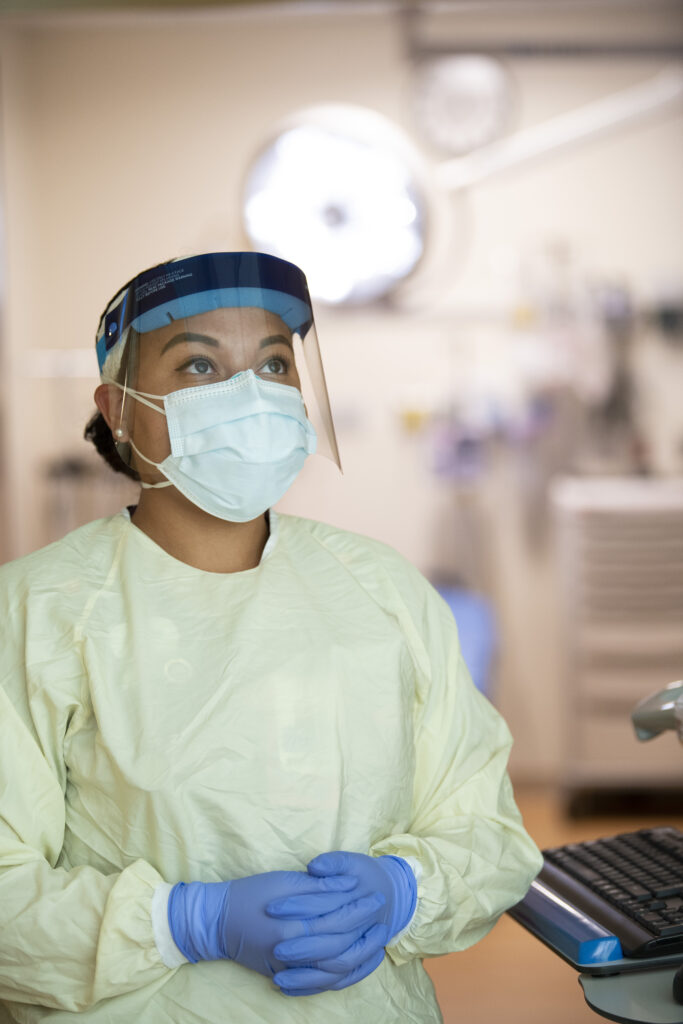 That day, Marion County’s “positivity rate” – or the number of positive cases among all people whose test results were released that day – stood at 11.8 percent.

That day also was a pit stop on a weeks-long trend line along which the daily rate raged stubbornly above the 10 percent “red flag” level. At peaks along that line, the positivity rate rocketed above 20 percent.

Those days seem to be over.

According to Marion County Health Department records, the community, as of Wednesday, has not recorded a double-digit positivity rate since Aug. 26.

The agency’s daily summary did indicate that the rate on Tuesday reached 10.3 percent. But the next day the number was revised to 9.6 percent, and for Wednesday, the rate had dipped back to 4.6 percent.

Department spokeswoman Christy Jergens said that such changes occur on occasion as testing information is updated.

The 49-day streak of consecutive days below 10 percent, as of Wednesday, was the longest since Marion County first topped the double-digit rate on June 23.

The local trend roughly follows that of Florida as a whole.

“It’s one of the key measures that we use and it helps us determine the overall level of transmission” Jergens said.

“If we get above 10 percent, it tells us there’s a substantial amount of spread of the virus, and additional mitigation measures need to be implemented to control its spread.”

Of Tuesday’s spike, Jergens said it is a small, one-day sample and “ too early to draw possible conclusions” about the spread of the disease.

But locally other indicators are pointing in the right direction – down.

While there had been some upticks on individual days recently, the seven-day and 30-day moving trends for COVID-19 hospital admissions, intensive care unit admissions and ventilator usage were all roughly half of what they were two months ago.

Lander said net admissions to local hospitals were another encouraging sign. Since about Sept. 13, according to his presentation, daily discharges from area hospitals have outpaced admissions on all but three days.

In his Oct. 6 presentation to the commission, Lander noted that there were jumps in the positivity rate after both Memorial Day and the Fourth of July. But so far, he told commissioners, “We have not seen spikes” following Labor Day.

In a follow-up email to the Gazette, Lander noted, “The falling positivity rate in conjunction with no decrease in testing shows the effectiveness of mitigation measures, especially when you consider that there wasn’t a spike post-Labor Day.”

“It’s going to continue to be important for individuals to follow mitigation practices like social distancing and masking while COVID is present and while we continue to open up and resume more normal activities.”

The drop in the positivity rate comes as Gov. Ron DeSantis has moved the state to full reopening.

Late last month, the governor issued an executive order announcing that Florida was moving into the Phase 3 of its COVID-19 recovery plan. The gist of the announcement was to lift capacity restrictions on bars and restaurants, and to prohibit local governments from clamping down on them, unless they can convince state officials reduced capacity is necessary.

“It’s something that we’re going to have to deal with,” DeSantis said in announcing the move.

“But just as all those experts said yesterday, we had our thing. Doing that from a fetal position where society flounders, people are out of work, kids aren’t in school, that is not going to work and that’s not the way forward for us.”

The “experts” DeSantis referred to were three public health experts who participated in the governor’s Sept. 24 virtual roundtable on COVID-19 research.

One of them was Martin Kulldorff, a professor at Harvard Medical School who specializes in infectious disease outbreaks as well as drug and vaccine safety.

During last month’s discussion with DeSantis, Kulldorff was adamant that lockdowns were a failing strategy. A better approach, he suggested, was to build up “immunity in the community” by letting younger, more social people live life relatively normally, while simultaneously enhancing bulwarks to protect the elderly and more vulnerable.

He said it would be difficult to tell when herd immunity is reached, which will occur when there is a vaccine or sufficient natural resistance to COVID from previously infected people, or a combination of the two.

But Kulldorff also told DeSantis last month that Florida was well on its way to achieving that.

And in an email to the Gazette this week, Kulldorff suggested that Marion County’s numbers indicated likewise.

“When there is no increasing lockdown measures, and the hospitalizations and deaths go down for several weeks, it is because of increasing immunity in the population,” Kulldorff said. “And yes, that means we are approaching herd immunity, although we cannot say if we are all the way there yet.”

He added that places in Florida that were not hit as hard may witness some mounting numbers during reopening. Thus, Kulldorff also reiterated, “It is then key to protect the old and other high-risk groups until enough (of the) young has generated the immunity necessary to protect everyone.”

Lander indicated this was the approach locally.

“This is the strategy that we have been incorporating for some time,” he said in an email.

“The expectation is for those less vulnerable to continue moving forward with daily routines, observing mitigation strategies such as social distancing and face coverings where necessary, while focusing increased efforts on protecting the elderly and vulnerable populations by requiring Long Term Care testing of staff and recommending to this age group to take precautions when in public.”

In stark contrast to Kulldorff’s opinion, The White House Coronavirus Task Force coordinator, Dr. Deborah Birx, and the nation’s top infectious disease expert, Dr. Anthony Fauci, have repeatedly reiterated in interviews that they oppose the approach of allowing most Americans to become infected with Covid-19 in order to build widespread resistance to the disease. The pair d warn that this approach would result in numerous deaths.

Instead they encourage achieving herd immunity by inoculating a significant percentage of the population with a vaccine.