Skip to content
With the retirement of Marion County Assistant County Administrator Jeannie Rickman on Aug. 31, the county took the opportunity to reorganize its operations.

County Administrator Mounir Bouyounes presented the reorganization plan to the commission, which approved it in April. The plan tweaks the two assistant county administrator’s responsibilities and adds another layer of administration by creating two executive director positions below the assistant administrators. The new organization went into effect in June.

Angel Roussel remains assistant administrator but for public and environmental services, instead of public works.

The departments overseen by each were also shuffled.

Tart, who was the human resources director, will continue to oversee that department as well as administration, public relations, 911 management and legislative coordination.

McCain, previously the county’s fiscal manager, will continue to oversee the office of fiscal review as well as procurement services, facilities management and information technology.

The county recently announced the hiring of Henry Holland as the new county engineer. Holland’s starting salary is $123,635.20.

Holland has been with the county since 2010 and was most recently the assistant county engineer for roadway design and construction. 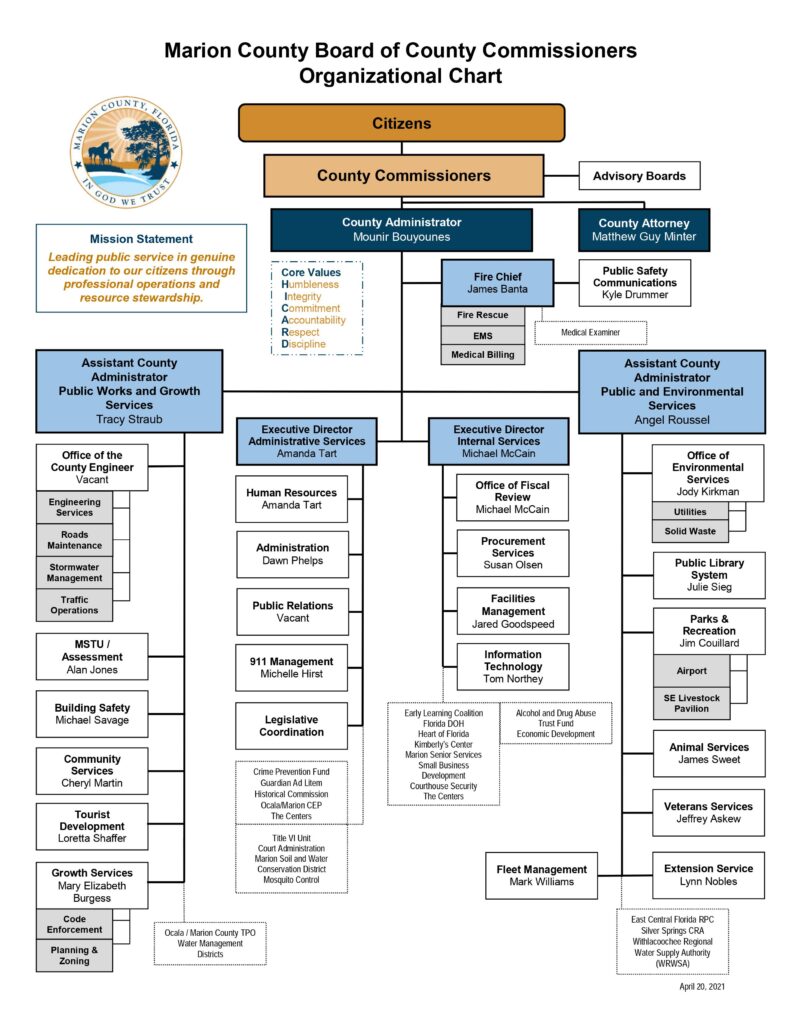