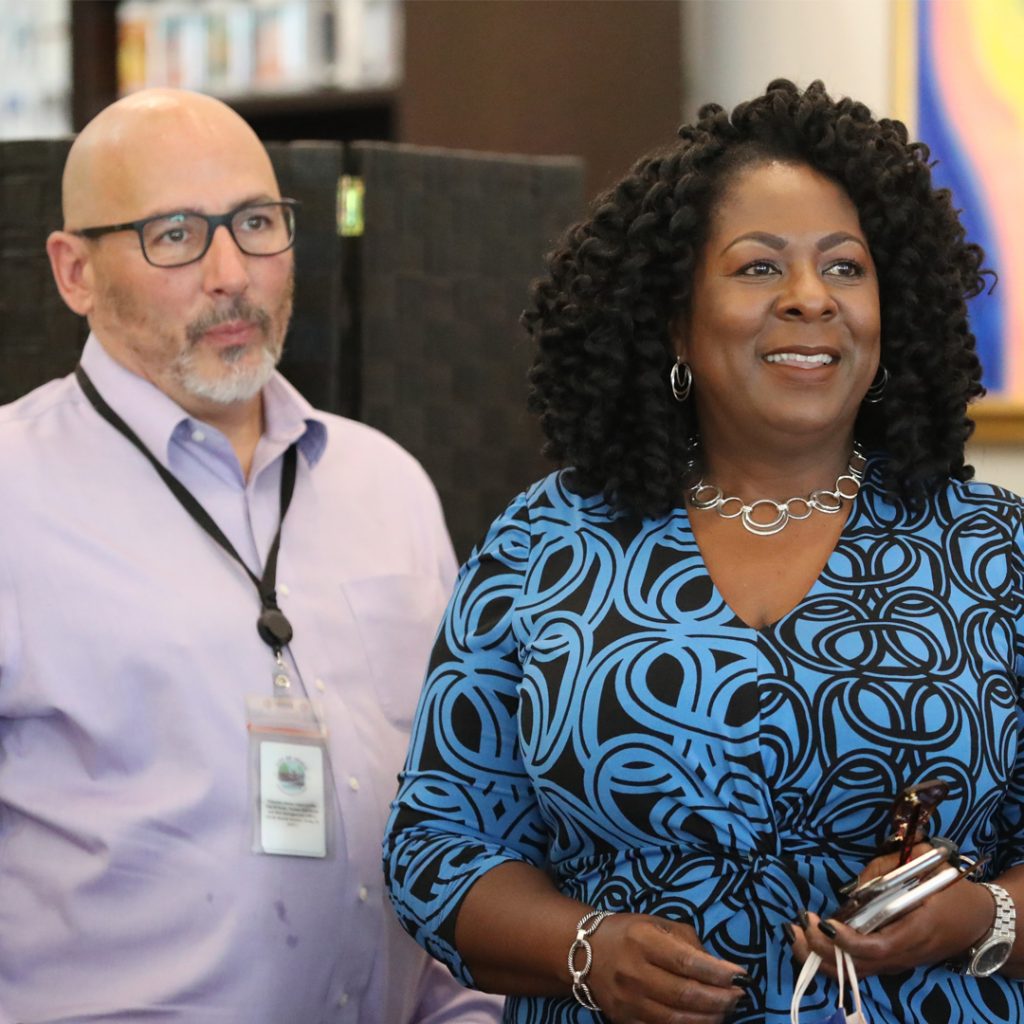 Sandra Wilson, the new City Manager for the City of Ocala, right, listens with Peter Lee, the planning director for the City of Ocala, left, during a Meet and Greet at the Brick City Center For The Arts on Southwest Broadway Street in Ocala, Fla. on Thursday, June 25, 2020. The event was hosted by the Ocala Gazette to welcome Wilson and Ire Bethea, the newly elected member of the Ocala City Council. The Ocala Gazette will publish their first printed edition on Monday, July 6. [Bruce Ackerman/Ocala Gazette] 2020.

The Brick City Center for the Arts was filled with people on June 25 who were eager to meet newly appointed Ocala City Manager Sandra Wilson and newly elected City Councilman Ire Bethea.

The meet and greet event was hosted by the Ocala/Marion Chamber & Economic Partnership and was sponsored by the Ocala Gazette, a new weekly newspaper that will debut on July 6.

Wilson and Bethea thanked the crowd.

He told the attendees the Gazette and its staff were proud to celebrate the new city leaders. Wilson is the city’s first African American city manager, although she has been with the City of Ocala for two decades.