Chairmen of the Boards

Rev. Eric Cummings and Ire Bethea, Sr. spoke to the Ocala Gazette about their positions, what led them to service, and what Black History Month means to them. 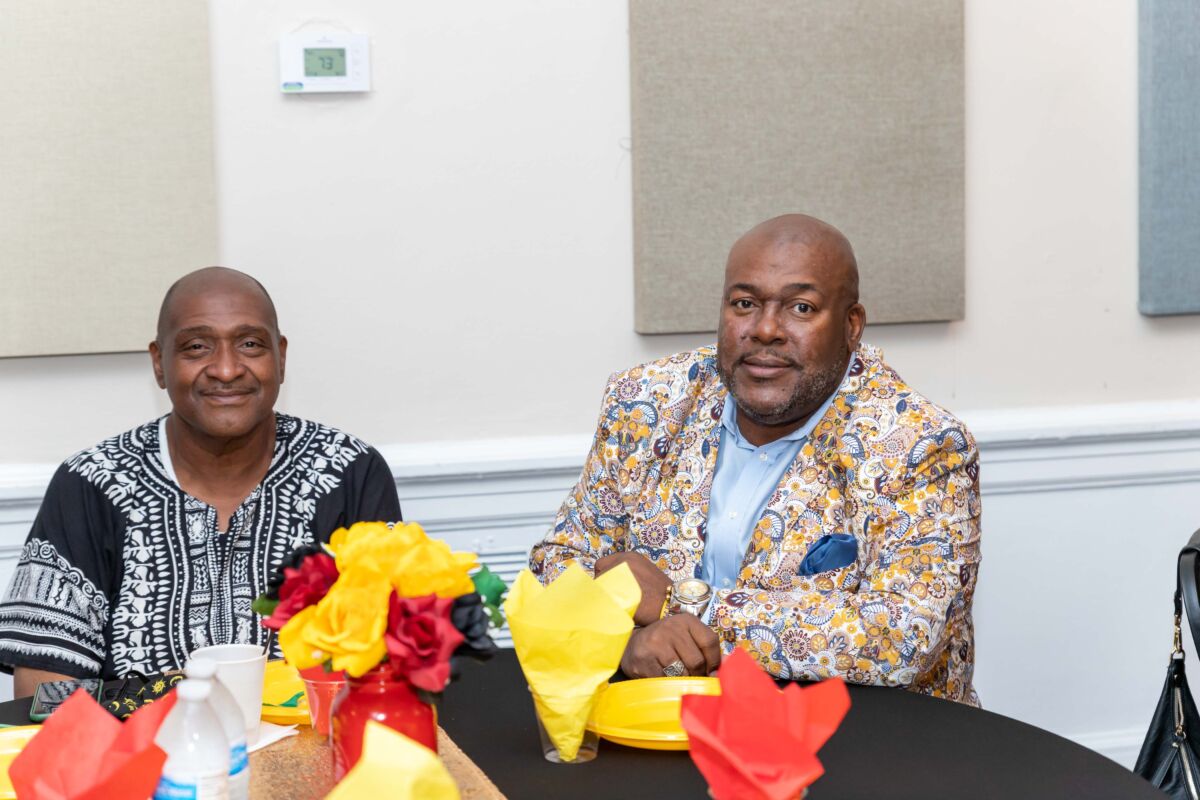 Two of Ocala/Marion County’s governmental bodies are headed up by Black men. The Marion County School Board is chaired by Rev. Eric Cummings, while Ire Bethea, Sr. is the President of the Ocala City Council. The Ocala Gazette spoke with both of them individually about their positions, what led them to service, and what Black History Month means to them.

Q: What does Black History Month mean to you?

Bethea: It’s the recognition of people that have come before me and others that sacrificed for the good of mankind. Basically, it’s a recognition of African-Americans, or Blacks, that have made outstanding contributions to humanity.

Cummings: I know this is the month that nationally we celebrate Black History Month. But to me, it goes beyond just one month. Black history is much broader and much bigger than can be encapsulated in one month, because when we look at our everyday life we see Black history all around us every day, from the traffic light (Garrett Morgan is credited with inventing the first automatic three-way traffic signal system) to the air conditioning (Garthen Leslie is credited as the inventor of the Aros “smart” air conditioner). We encounter Black history every day. So to say that is encapsulated into one month is very difficult for me.

We know that African-Americans or Black people have always contributed to any society they’ve been in, whether it’s been in America or any other country. So, to me, I guess it’s just an official celebration of all the achievements of African-Americans or Blacks in our country. For me, again, it’s much broader, it can’t be put into 28 days or 29 days on Leap Year, what we’re celebrating.

Q: What does the position you currently serve in mean to you?

Bethea: It allows me an opportunity to serve my community, not as a Black man, but as a human being, per se. I have been an advocate for people all my life. I believe in service. I have been afforded the opportunity to serve my community in the capacity of a council member, being one of the few individuals that help with the governance of our city. And I don’t take my position lightly.

Cummings: My position as a citizen and as a taxpayer is one of being an advocate for our students, our staff, and for good education. As a Black man, I think I have the obligation and duty to be the representative from my community at the table when decisions are being made in regards to education, and how and what it looks like in Marion County. When you look at any community, there has to be representation from that community to make good, just decisions. And I think my role on the board is to be that advocate, not just for African Americans, but all minorities that make up the diverse minority population in Marion County. Am I just seemingly set on minority issues? No. But I think I bring that dynamic to the conversation by me being on the board.

Q: Describe your path to this current leadership role.

Bethea: I have been somewhat in the public arena most of my life, definitely most of my adult life, in working for the city of Ocala and working for the Boys and Girls Club. I have been actively engaged and on boards and committees throughout the city and in this county, and have served on a state board in various capacities, from being the president and chair.

Cummings: I have kids and I have grandkids. When I initially ran for the school board, I had three of my sons in the school district. Right now I just have one son, my youngest son, and then I have two grandchildren. But also as a pastor of a church, I have members of my church that have students in Marion County Public Schools, and outside of kids, I know adults that work within the system. So, people were bringing me things saying, “Hey, these are the issues that we have within our school district, and we need someone to kind of help us navigate the system, in how to get help or resources, and someone to speak towards it.” And at times, there were times that I even had to go to schools with parents to kind of help navigate the conversation with their particular child or their particular situation, so that’s kind of how I got involved with it.

I’ve always been involved in my kids’ education, but it took me to a different level of advocating for different issues and then learning the dynamics of what really happens in our educational system. So that personal advocacy for myself and for those who are around me, let me into a bigger role of wanting to be on the board. And then the opportunity presented itself that Mr. James was no longer gonna run for that district and that seat. I knew Mr. James, he was my dean in high school, and I have watched him over the years, and I understood what he did as a school board member. And I said, “Hey, you know, we have to have someone else that’s going to have that same type of voice, that same type of reasoning, and that same type of logic.” And I just, I prayed about it and God said “This is time to go forward.”

Q: Any words of wisdom to the next generation?

Bethea: Well, we need our young people to step up and to get actively engaged into the different communities and to our entire city to serve. They can serve in many different ways. So, service as far as being on a board, on a committee, service as in helping an old lady clean up her yard, helping an orphan or foster kid. I mean, get actively involved so that you can be in the know. Knowledge is power, okay? So, and not only is it power, it’s a way to help not only yourself but to help others.

So my words of wisdom are to get actively engaged. Don’t stand on the sidelines and complain, be a part. A gentleman said to me many, many years ago, he said that “If you don’t believe in something, you’ll go for anything.,” So, in order for you to believe, you’ve got to try to find out what an issue is all about, how did it come about, all those particulars. Then you’re actively engaged. 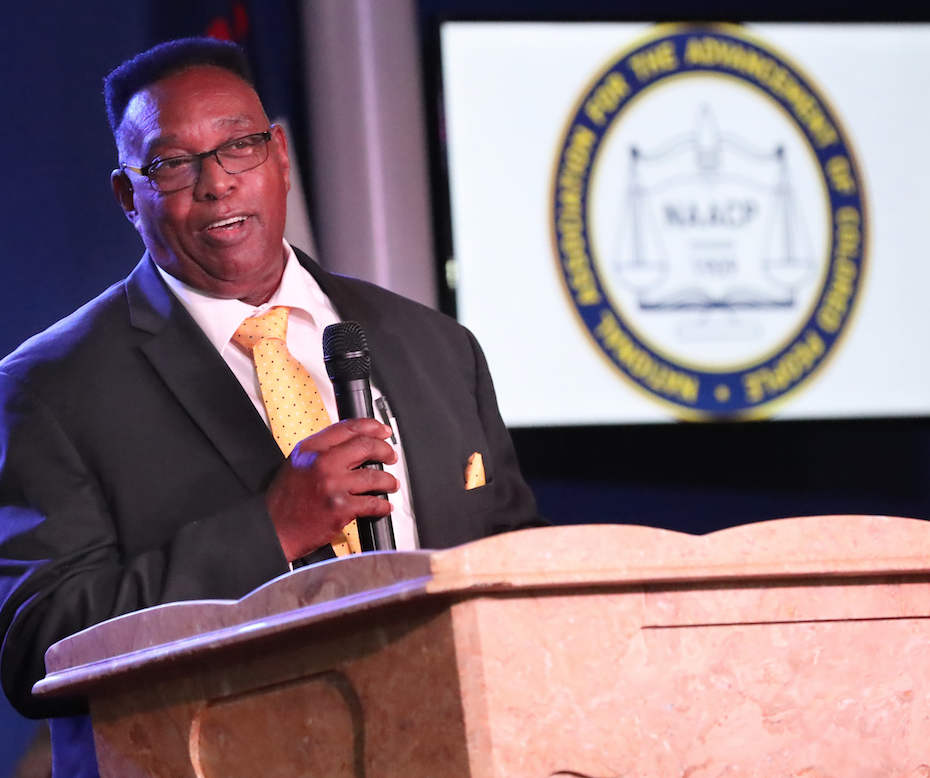 Cummings: The essence of the word service is not black and it’s not white. It’s about all people. As Martin Luther King Jr. once said, and the Word of God would say, no one should be left out. So when you serve, you’re serving mankind. Now you do have to make some decisions sometimes that will go against some people because you’re never going satisfy everybody all the time. But my whole thing is about the service to the people of Ocala and Marion County.

Get involved. I encourage folks to get involved, to not show up when there’s just a problem, but to get involved at the grassroots level at the ground level, to know, know the things that are happening. As the next generation of African Americans, I encourage them to know their history, because if we don’t know where we came from, you can’t know you can’t have a clear direction on where we’re going to go. And so I encourage my kids, I encourage my grandkids, I encourage folks to, to know that we have a rich history, and our history is much bigger than just the things that we see in pop culture. Our history goes back thousands of years to the beginning, and we need to celebrate those things, not just 28 days or 29 days out of the year. We need to celebrate it every day, because every time I look in the mirror, I see Black history in how God has taken me from growing up on a dirt road in Ocala to being on the school board in Marion County, where I’m sure there are plenty of people who would probably say “I could never see him in that in that area.” And you know, not that that’s the President of the United States, but to me, I feel that it’s just as important of a position at home on the school board. So I would encourage them to pursue their dreams and to know the issues in order to not just be running for something or involved in something, but to know what the real issues are and to know how to come to the table with solutions, not just problems.