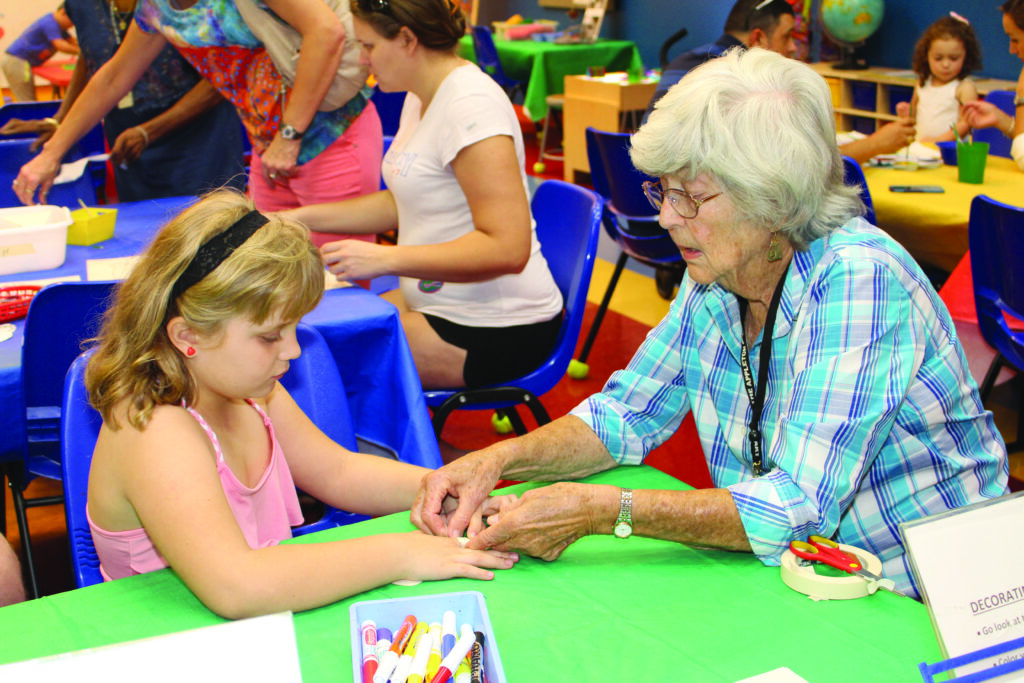 The College of Central Florida Foundation has announced that it has received the largest gift in its history, which will benefit the foundation’s Scholarships Taking Elementary Promising Students to CF (STEPS) program and Appleton Museum of Art education programs. The near $6 million gift from the estate of Mary Brent Kraus underscores her commitment to a lifetime of giving to support students and the arts in Marion County.

“Mrs. Kraus was a great friend and benefactor to the museum and college,” explained CF President James Henningsen of the donor responsible for the largest gift from an individual ever given to the CF Foundation. “Her vibrancy is sorely missed by all who knew her, but her legacy will live on.”

Kraus passed away Sept. 2, 2019, at the age of 88. She was born in Ocala and was a graduate of Florida State University, where she earned a degree in nursing. After graduation, she moved to Denver, Colorado and earned her Master of Science in nursing. It was in Colorado that she met and married her husband, the late Daniel Max Kraus, MD. She returned to Ocala in 1984. Her philanthropy included supporting the Ocala Symphony Orchestra, the Appleton Museum of Art and the College of Central Florida.

Kraus was an active volunteer for the Appleton Museum of Art for more than 19 years, serving in the museum’s docent program, and was recognized as Docent of the Year in 2003. She was a regular on the museum’s Trips ’n’ Tours program and will be remembered for her support of the education wing of the Daniel and Mary Kraus ARTSpace. Appleton officials stated that her enthusiasm and commitment to young people was unwavering.

CF’s Nursing Simulation Center is named in memory of Kraus’ late husband, Dr. Daniel Kraus, according to information provided by Chris Knife, executive director of the CF Foundation. He states that her support of the center was instrumental in making CF’s state-of-the-art training facility a reality for students at a critical time when support from the state was unavailable but demand for nurses was high. As a retired nurse, Kraus was said to be passionate about students having the best opportunity and equipment available to learn and perfect their skills and training.

Earlier this year, the Appleton won a Southeastern Museum Conference 2020 Technology Competition Award for a free mobile app featuring tours of the Appleton’s collection for adults and children, which was developed using funds donated by Kraus. The app offers virtual tours and has expanded to become an interactive space where the public can view art-making videos and participate in online games, such as jigsaw and crossword puzzles based on some of the Appleton’s most well-known and beloved artwork.

In the fall of 2019, CF recognized Kraus posthumously with the 2019 Distinguished Service Award at its graduation ceremony. The award is given to individuals who have provided significant leadership and service to the college.

“This significant gift follows after so many previous generous gifts from Mary,” said Knife. “Mary’s donation has such an important impact on our students, programs and community, and this is such a fantastic and committed community. It is very humbling to work with and to get to know people like Mrs. Kraus, who want to help CF become a better place for our students and community. It’s a privilege and honor to have known her.”