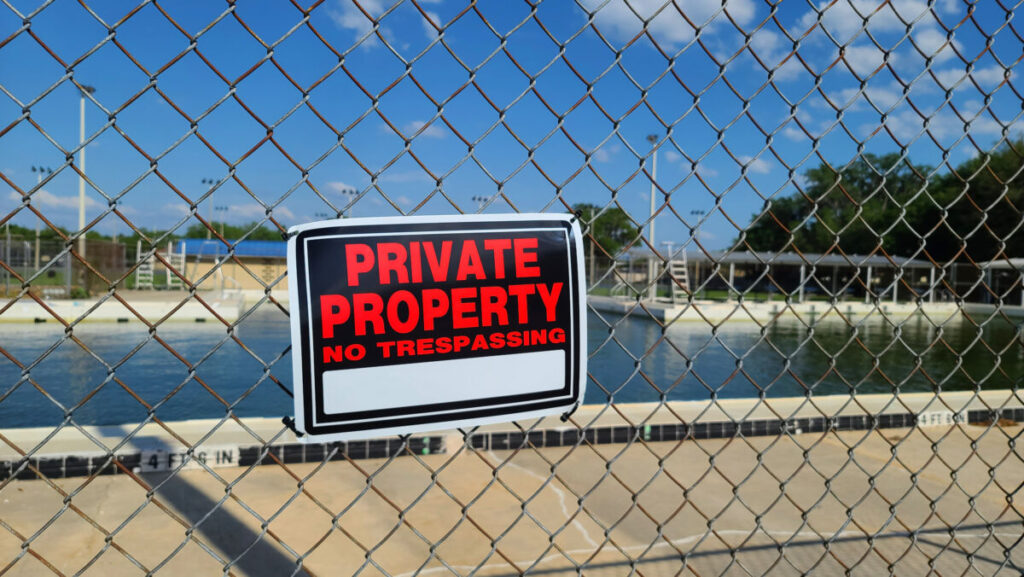 The Newton A. Perry pool complex, which was home of the Florida Marlins Swim Team for many years, is shown closed on the campus of the College of Central Florida on Wednesday, March 30, 2022. [Bruce Ackerman/Ocala Gazette] 2022.

Editor’s note: This article has been updated to clarify that the CF pool is currently closed. Only the building is being repurposed after renovations.

The College of Central Florida (CF) will soon be taking steps to more “formally close” the Newton A. Perry Aquatic Center, as well as preparing to move its athletic administration into a building within the complex after renovations, according to a college official.

The center, located a block south of Southwest 20th Street on the CF campus, officially closed last week after more than 40 years of serving Marion County. CF, in conjunction with Ocala Aquatics, had operated the complex for the past two decades.

The Florida Aquatics Swimming & Training (FAST) facility, which opened on March 26, will now be the county’s hub for all things swimming, officials said, including lessons, high school meets and professional training.

“[CF] is thankful for our partnership with Circle Square Foundation, which supported Ocala Aquatics’ extended stay at the Newton Perry Aquatic Center during construction of the FAST facility,” Lois Brauckmuller, director of Marketing, Public and Community Relations for CF, said in an April 5 email. “The result is a win-win for Ocala Aquatics, OTOW [On Top of the World] and our community.”

The $38 million facility is located on Southwest 67th Avenue in the Calesa Township.

“The [FAST] facility will serve local, regional and national athletes for many years to come,” Brauckmuller said. “CF is excited to be a small part of [that] success.”