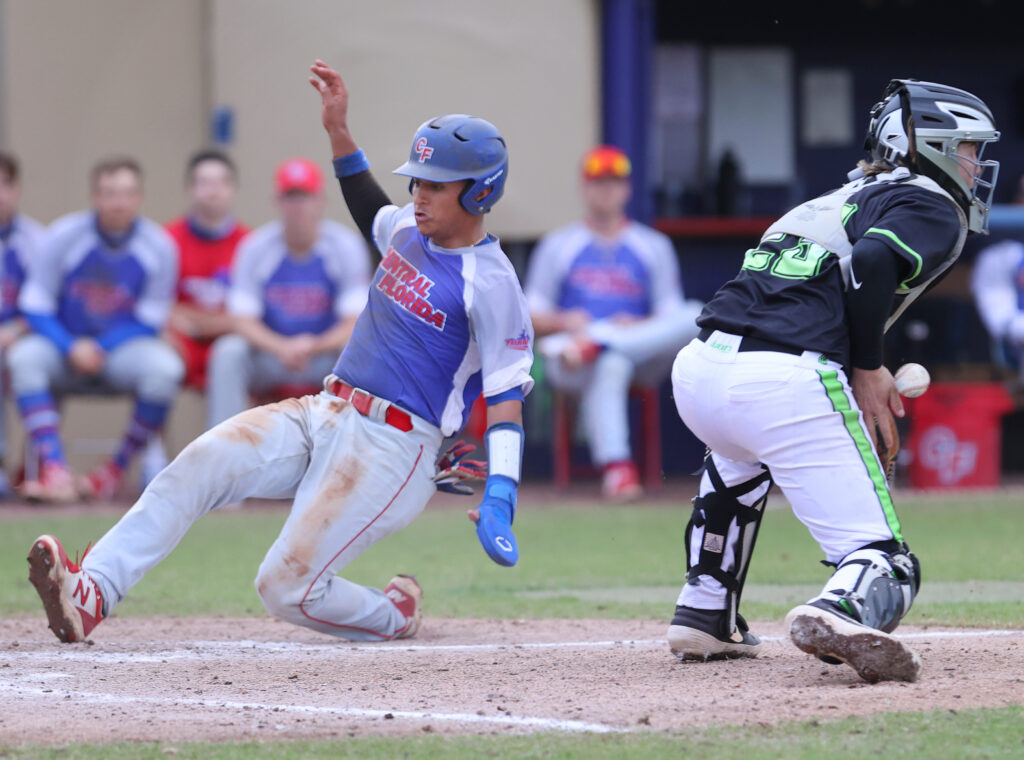 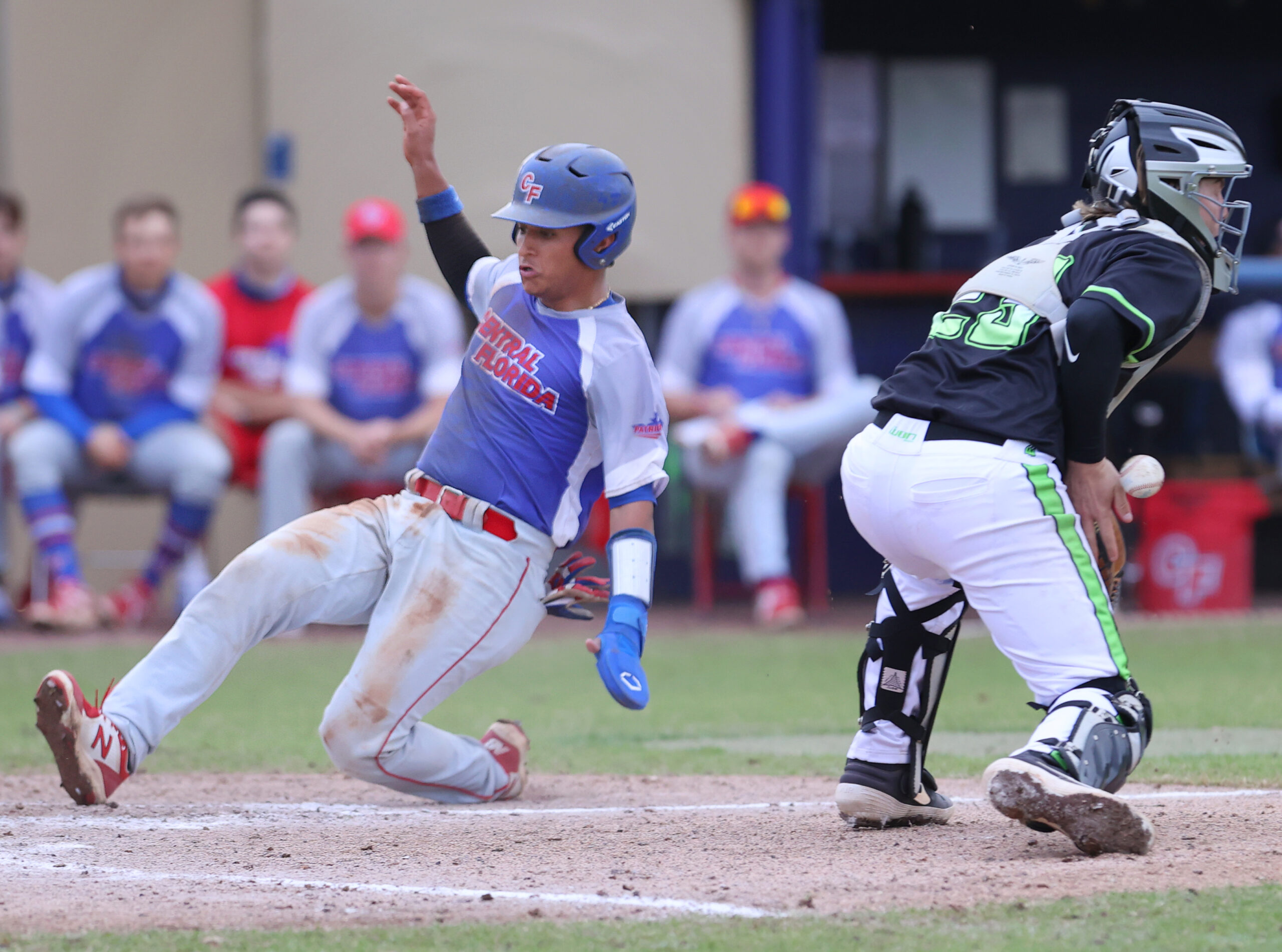 Not even the scoreboard at Goodlett Field could keep up with the College of Central Florida’s offense Monday afternoon.
There’s only one digit for each slot on the scoreboard, so when the Patriots scored their 10th run of the seventh inning against TNXL Academy Tampa, the scoreboard operator could only put a “0” on the board.
“I can’t remember when that’s happened,” Central Florida coach Marty Smith said. “Although, it would have if we’d have been playing at home our Opening Day win against Pasco-Hernando, we only won 23-1.”
Central Florida’s offense ran wild against the Trojans with a 26-1 blowout win that was over almost immediately after it started.
The Patriots compiled 18 hits and 12 walks in addition to five errors committed by the Trojans. Leadoff hitter Nick Calero led the team with four hits as well as three RBIs and two walks, and six Central Florida pitchers combined for 15 strikeouts and only one earned run.
“I was good to see (Calero) get on track and get a few hits and hit one off the wall there in the (eighth) inning,” Smith said. “It was good to see Nick sting some balls and get some balls on the barrel.”
After Patriots starter Nick Love shut out the Trojans in the top of the first inning, Matthew Cedarburg hustled for an infield single with one out. The next three batters were all hit by a pitch, allowing Cedarburg to score the game’s first run. Catcher Kyler Hultgren drew a bases-loaded walk to score another run.
That was the beginning of a nine-run first inning for the Patriots (10-1) that featured five hits and three walks in addition to the three batters who were plunked earlier in the inning. Every Central Florida hitter either reached base or batted in a run in the first inning.
Central Florida’s offense cooled down after that, only adding a run in the second inning and the fifth inning to extend the lead to 11. The Trojans managed to get themselves on the board in the top of the seventh inning, but then the Patriots offense came back to life.
The Trojans didn’t record an out in the bottom of the seventh inning until the tenth Central Florida batter of the inning. In that span, the Patriots drew three walks and smacked five hits for eight runs. They scored two more runs by the end of the inning for a total of 10.
Central Florida tacked on another five runs in the bottom of the eighth to make it 26-1.
The Patriots will have a rematch on the road against State College of Florida Manatee-Sarasota on Wednesday after Central Florida’s walkoff win against them last week. Their road trip will then continue with matchups against South Florida State College on Friday and a doubleheader against Indian River on Saturday.