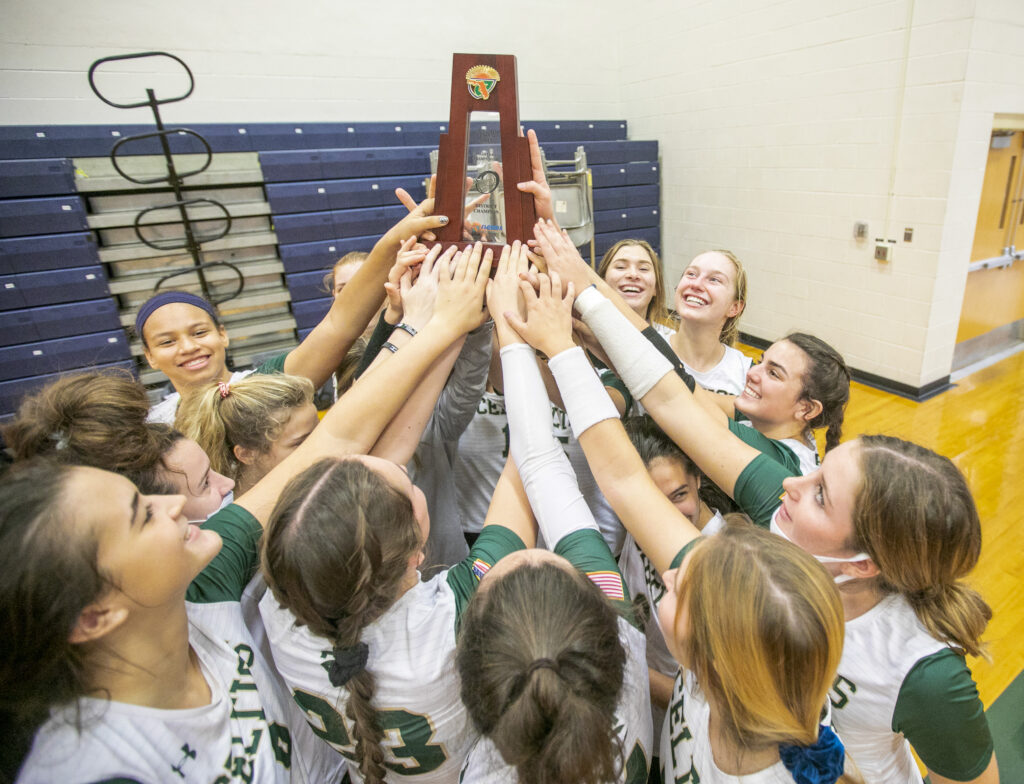 The Trinity Catholic Celtics celebrate beating the Father Lopez Green Wave in the 3A 3 District championship at Taylor High School in Pierson, Florida on Thursday October 15, 2020. The team won in straight sets. [Alan Youngblood/special to the Ocala Gazette)

When the Trinity Catholic lady Celtics stumbled out of the gate to start the season, dropping three of their first four matches, it looked like it was going to be a lost season.

But those early-season struggles are a distant memory for a team that pulled together, ground out some tough wins and ultimately steamrolled the competition in the district tournament to claim the district title. 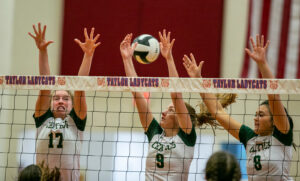 Trinity Catholic’s Amelia Fitzpatrick (17), Emily Hirst (9) and Chloe Teter (8) go up to block the shot as the Celtics beat Father Lopez in the 3A 3 District championship at Taylor High School in Pierson Thursday October. [Alan Youngblood/special to the Ocala Gazette)

Leading the offensive attack throughout the season for the Celtics have been Kiana Laborde (211 kills), Chloe Teter (156 kills) and Amelia Fitzpatrick (138 kills). Rounding out the TC assault is true freshman McKenna Yates with 232 digs and the strategic serving of Izabelle Sanchez with 24 aces.

The Celtics will have their work cut out for them in the regional quarterfinals, as their first opponent is Orangewood Christian, which has only one loss on the season – to Trinity Prep in the District Championship.