Building on Ocala’s past for a better tomorrow

Contractor Bryan Caracciolo has established a reputation for renovating local landmarks and preserving their character while rebranding them with popular appeal. His latest venture is a barbecue mainstay on Silver Springs Boulevard. 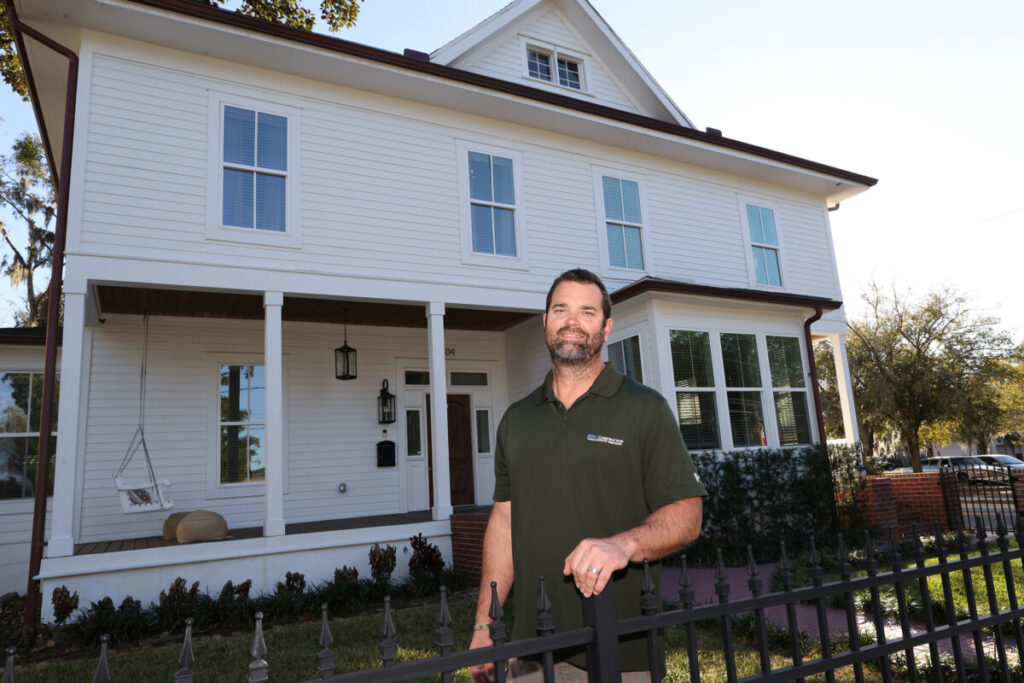 Bryan Carraciolo of BWC Construction poses outside his home which was completely remodeled in 2020 on East Fort King Street in Ocala on Tuesday, Jan. 17, 2023. The 1908 home is known as The Anderson House and is on the HOPS tour in Ocala. [Bruce Ackerman/Ocala Gazette] 2023.

In Ocala’s historic district, you’ll find a majestic, 6,000-plus-square-foot home, originally built in 1908. Once dilapidated, the stately home has come to life again with the pitter-patter of little feet scuttling across a bamboo-finished hardwood floor.

The parents of little Bennett and Collins happen to be Bryan Caracciolo, president and general contractor at BWC Construction, and his wife, Corin Caracciolo.

The couple purchased and renovated the Anderson House on Fort King Street and SE Sanchez Avenue which, over its century-plus lifespan, had been relegated to a shabby apartment building with haphazard additions despite its historical roots.

Speaking of roots, a 12-foot-tall tree had sprung through the living room floor, surprising Caracciolo in the fall of 2019 as he entered the home for the first time. He eventually bought the dwelling in late 2019 and transformed it into an elegant single-family house again during the pandemic lockdown in 2020.

The Caracciolos added clever touches such as repurposing backsplash for the foyer floor to protect the pristine new wooden floors and a hip spherical ceiling lamp. Throughout the home—which boasts four porches, seven fireplaces and bathrooms, and six bedrooms–the decor retains the home’s original classic grandeur with a contemporary, chic twist. 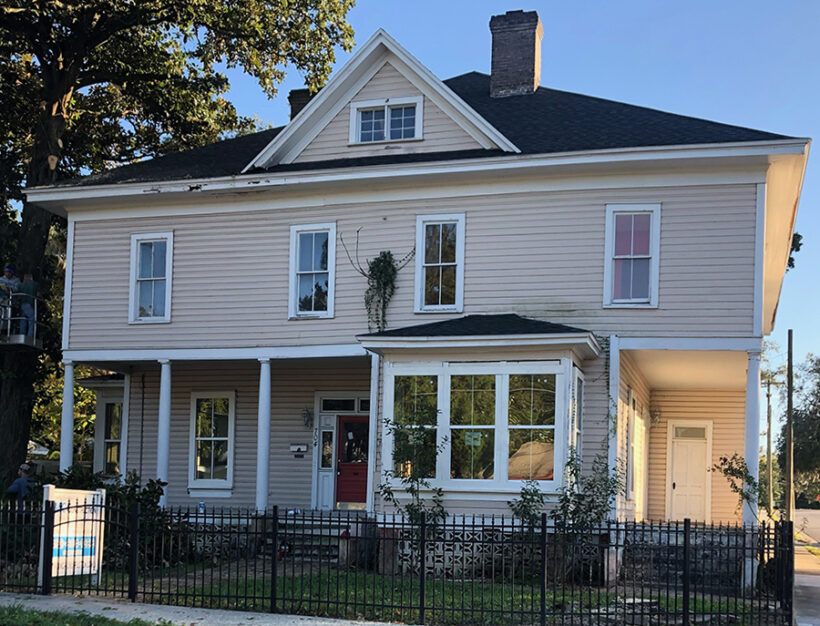 The home, on East Fort King Street, in Ocala, before it was completely remodeled in 2020. [Supplied] 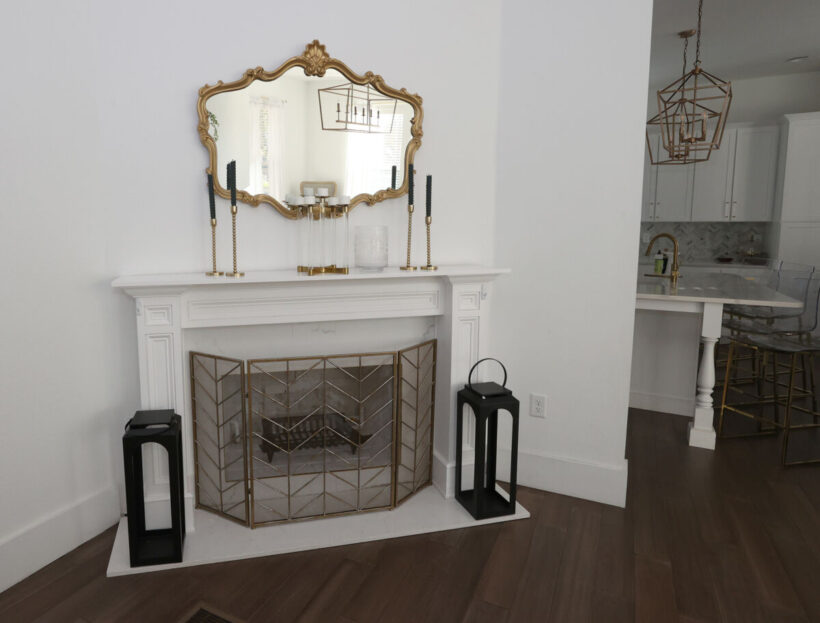 The house first belonged to Rebecca Anderson, the widow of local druggist William Anderson. Both had moved to Ocala from Delaware. Coincidentally, Corin Caracciolo, who has a degree in microbiology, works in the pharmaceutical industry.

While off work during the height of COVID-19, Corin Caracciolo conceptualized the interior design. She opted to retain the warm exposed brick of the fireplace on the kitchen wall, while adding gold fixtures and accents and an elegant wrought-iron banister on the hardwood and white staircase.

From the roots up …

The Anderson house wasn’t Caracciolo’s first renovation, and it definitely isn’t his last. 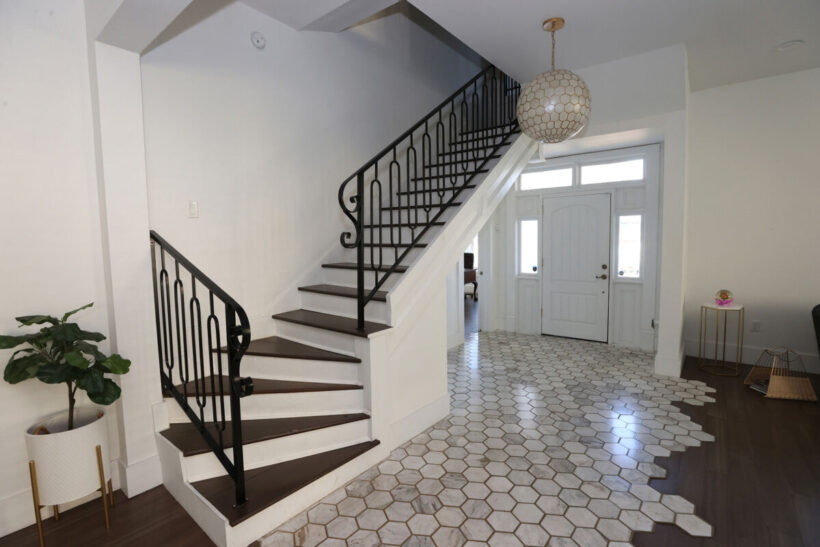 Caracciolo, a member of the board at the Historic Ocala Preservation Society (HOPS), which operates in a historic home next-door, founded BWC Construction in 2013 following in the footsteps of his father, who still works with him, and grandfather originally from Sicily.

He was born and raised in Ocala and attended Forest High School. He and Corin weren’t high school sweethearts per se, but while they were in high school, they met at a mutual friend’s party.

After graduating from Forest, he moved to Orlando and attended the University of Central Florida and became inspired by the city’s thriving restaurant scene.

“I learned a lot about entertainment and hospitality and all that kind of stuff while there,” he said. “So, after doing that and being part of that, I kind like, ‘Wow, Ocala is really missing that factor.’ ”

Along with a slew of residential and business projects across North Central Florida, Caracciolo focused his efforts on building and opening establishments that will rejuvenate “the small town” of his childhood. 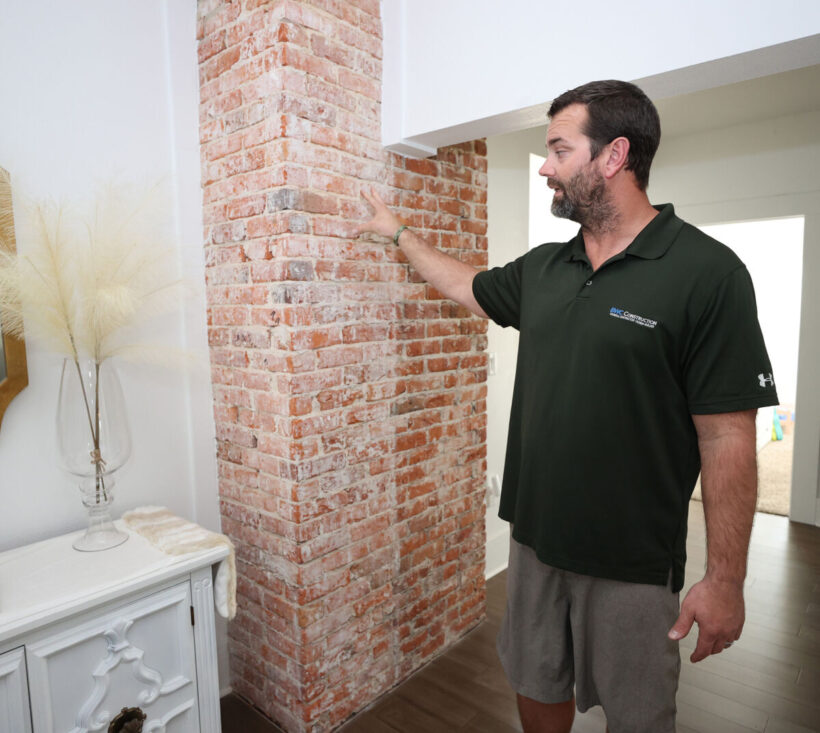 “I actually always wanted to be an architect, so I went to school for architecture and engineering,” he said. “But the path I chose worked out better. I changed my focus to construction and business management. It kind of made more sense to me because I can basically design still, but I like to do the work and be the builder at the same time.” 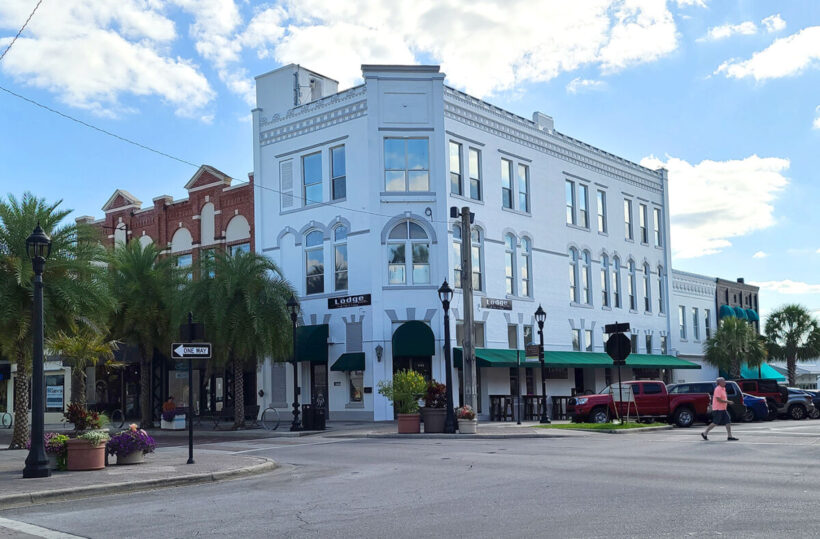 Both a modern sensibility and respect for tradition reflect in Caracciolo’s demeanor. The no-nonsense entrepreneur disarms you with an earthy friendliness complemented by an aspirational, community-building approach to his projects.

The Lodge occupies an ornate First National Bank building originally established in 1886 after the fire that inspired a more solid reconstruction and Ocala’s nickname as “the Brick City.”

Outside, the elaborate wall accents retain the bank’s former grandeur while inside, the homey feel of a hunters’ den mixes with the high-tech, fermented requisites of a sports bar. Its limited menu includes late-night options.

In his stylish Cantina Tex-Mex, which opened in 2021, a sleek steakhouse vibe combines with a Mexican street market ambiance, highlighted by night sky-inspired ceiling fixtures and Day of the Dead/Mexican folklore-inspired artwork and decor. Local photographer Dave Miller called attention to Andres Garcia’s “gorgeous” two-story painting at the Cantina on Facebook, praising it as a work that looks like something pulled straight out of Tulum.” 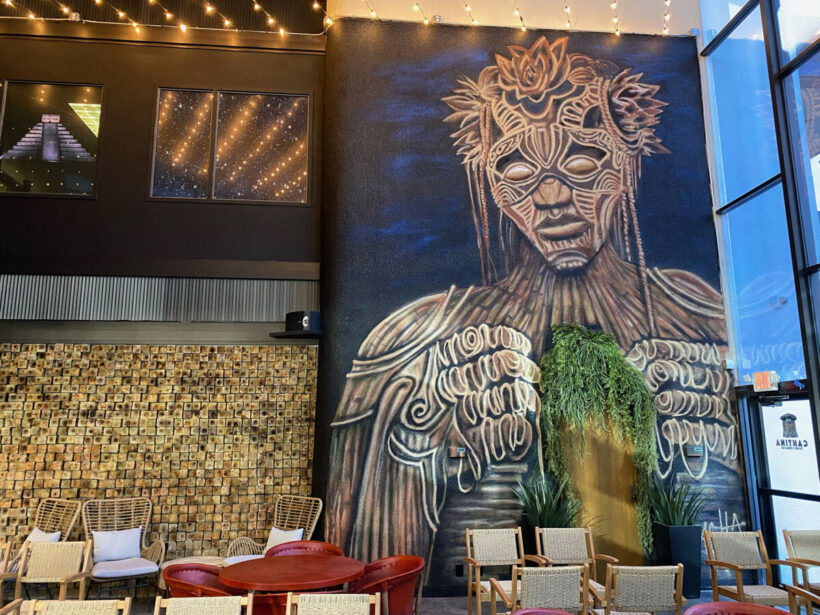 One of BWC’s latest projects includes a new Mellow Mushroom pizza restaurant and upscale townhomes, both in downtown Ocala, and a new multi-use structure in downtown Leesburg, which they just broke ground on in recent weeks.

“We have apartments above, and we’re going to have a — it’s not even announced yet — but there’s going to be a restaurant bar and another concept, as well, downstairs,” he said.

“We also just bought Fat Boys Barbecue [on Silver Springs Blvd.],” Caracciolo shared. “They had shut down and they were going to go out of business, and they had awful inspections. They just didn’t keep up with the place, but we looked at it and recognized a huge opportunity there. It had been open for 50 years.”

According to Caracciolo, the previous owners “kept adding wood over wood” during the past 20 years, and he and his team have stripped it all back to the original stucco.

A bug problem had festered between the planks of all the overladen panels.

“They created a barrier for the bugs to get in between. So, we got rid of all that stuff. It’s going to be brought back to its original adobe Southwestern build that you’d picture when it opened in 1970. And we’ll be adding a modern twist, kind of similar to this,” Caracciolo said, gesturing to his rehabbed home.

During the HOPS holiday tour, some 600 people walked through the Caracciolo house.

“They were amazed,” he effused. “They said they hadn’t seen anything like it.”