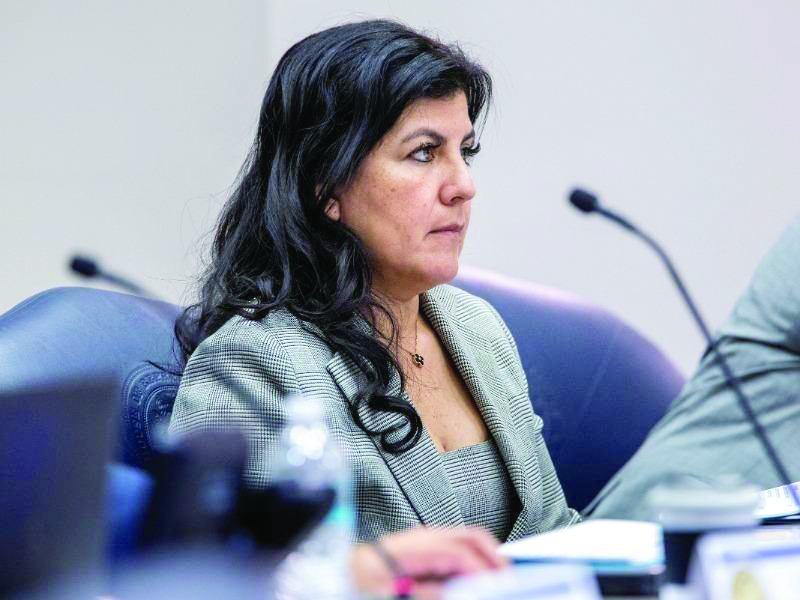 TALLAHASSEE – The Florida House on Wednesday passed a wide-ranging higher education bill that, in part, would protect colleges and universities from coronavirus-related lawsuits.

Sponsor Jackie Toledo, R-Tampa, said the bill (HB 1261), passed in a 92-22 vote, “prioritizes students and families.” Some House Democrats who opposed the bill, however, expressed concerns about offering the legal protections.

Under the proposal, public and private colleges and universities would be shielded from lawsuits stemming from campuses being shut down during the COVID-19 pandemic and students being forced to learn online.

The state university system’s Board of Governors and the State Board of Education, the governing bodies that oversee higher education, also would be protected from lawsuits under the measure.

Class-action lawsuits have been filed seeking to recover money that students paid with the expectation of on-campus learning. Campuses were shut down across the state last year to try to prevent the spread of COVID-19.

“The Legislature finds that during the COVID-19 public health emergency, educational institutions had little choice but to close or restrict access to their campuses in an effort to protect the health of their students, educators, staff, and communities,” an introductory part of the bill said.

The measure would take effect in July and would not apply retroactively to lawsuits already filed.

“In this bill, you’re still dealing with some liability issues and some prohibitions that some of us still have problems with, not holding our colleges accountable,” Davis said.

The bill also would offer “buy-one-get-one-free” courses to students pursuing degrees in high-demand fields such as science, math and engineering at state universities.

“This bill … addresses our state’s workforce gap in STEM fields, while rewarding those who pursue an education that meets our state needs,” Toledo, an engineer, said. “Ensuring a talent pool of engineers in the STEM fields will attract tech companies, construction companies and many other industries that offer high-paying careers.”

The proposal also would lead to the university system’s Board of Governors creating a “dashboard” featuring data related to graduates in certain degree fields. The dashboard would include information such as post-graduation median salaries and student-loan debts.

“This is to help guide students to make the most informed decision on their education and future,” Toledo said.

An amendment to the bill Tuesday removed two provisions that drew objections from Democrats. One would have allowed high-performing students who live outside Florida to receive cheaper in-state tuition rates if they have grandparents who live in Florida.

The so-called “grandparent tuition waiver” proposal is in a separate bill (HB 1273), sponsored by Rep. Patt Maney, R-Shalimar, which was approved Monday by the House Education & Employment Committee. That measure is ready for consideration by the full House.

Another provision taken out the bill Tuesday would have placed new eligibility requirements on a financial aid program for students at private colleges and universities. The program, known as Effective Access to Student Education, or EASE, helps about 41,000 students pay tuition.

The Senate is weighing liability protections for colleges and universities as part of a proposal (SB 7070) that is ready for consideration by the full chamber. The Senate bill, however, also includes protections for public and private schools from pre-kindergarten through 12th grade.

The measure was approved by the Rules Committee in a 9-7 vote Tuesday, receiving pushback from some Democrats.

Bill sponsor Joe Gruters, R-Sarasota, defended the protections that would be afforded to education institutions, saying they rendered the services promised to students.

“The schools did provide the services. Although the pandemic created challenges for everyone, specifically universities, at the end of the day they did have school, they did have classes. Yeah, some of it was virtual. But the tuition and fees is the only thing that’s covered here,” Gruters said.

The Senate could take up the proposal as early as Thursday.

The Senate this month passed a financial-aid measure (SB 86) that, in part, would require the creation of a career dashboard in the university system.