“Backpack Fever” At The Brick City Center For The Arts 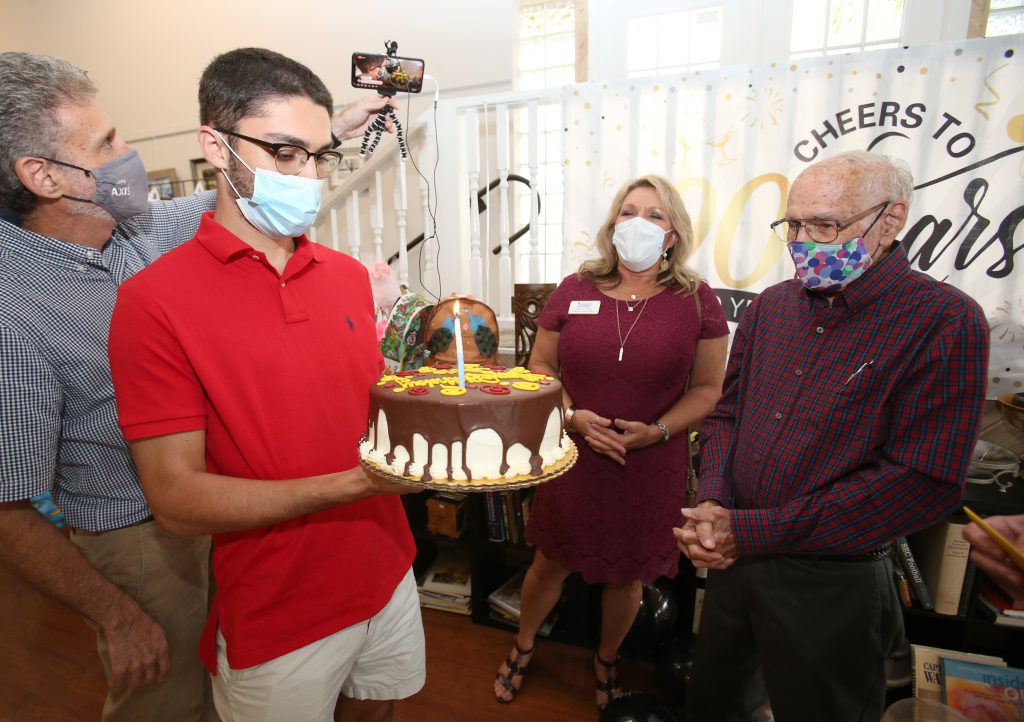 Bob Kuperberg, a local artist, right, watches as his grandson, Sam, second from left, sings happy birthday to him, with Kuperberg’s son, Ken, left, who was recording a Facebook Live, as Karla Grimsley, the CEO of Interfaith Emergency Services, second from right, sings to him as well during Kuperberg’s 90th birthday celebration at the Brick City For The Arts in Ocala, Fla. on Thursday, July 23, 2020. In honor of Kuperberg’s 90th birthday, which is on July 28, his family organized an online auction of artist decorated backpacks. The online auction called “”Backpack Fever” was hosted by the Marion Cultural Alliance and raised more than $6,000 by the time it ended on Thursday. In an effort to give back to the community, Kuperberg decided to donate all of the money raised in the auction. The money raised in the auction will be equally divided between the Marion Cultural Alliance and Interfaith Emergency Services. [Bruce Ackerman/Ocala Gazette] 2020.