Arguments due in redistricting case 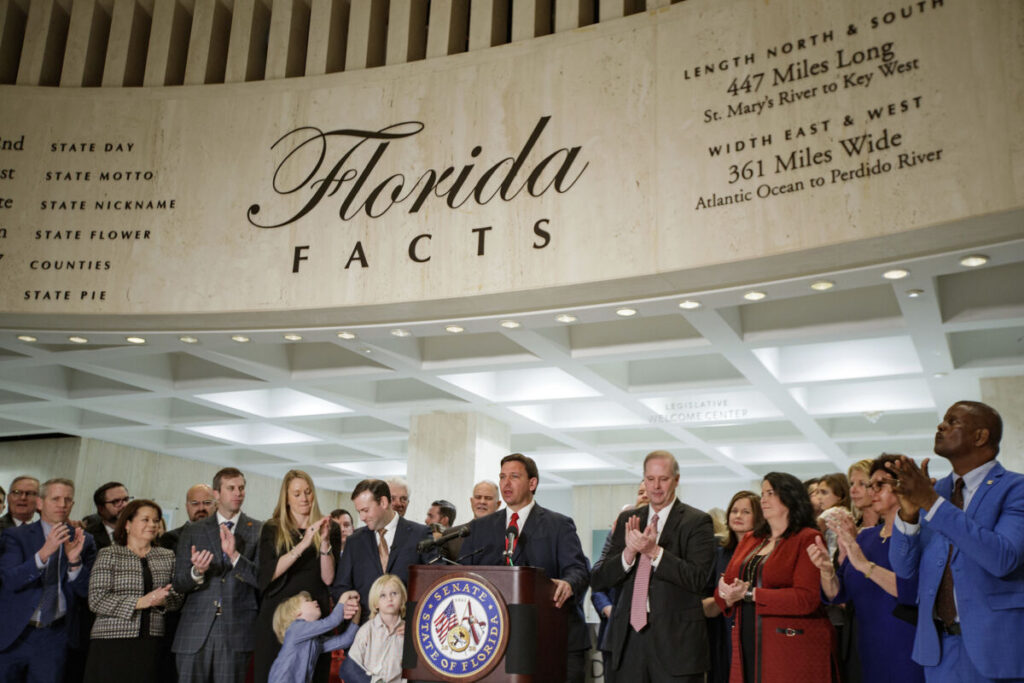 Florida Gov. Ron DeSantis responds to questions from the media at the close of the legislative session on Monday, March 14, 2022. (Alicia Devine/Tallahassee Democrat via AP)

Plaintiffs asking a federal court to set Florida’s congressional districts face a Wednesday deadline for responding to a state request to put the case on hold.

After a status conference Monday, April 4, U.S. District Judge Allen Winsor set the deadline for a response by attorneys for the groups Common Cause Florida and FairDistricts Now and five voters.

The plaintiffs filed the lawsuit on March 11 after Gov. Ron DeSantis said he would veto a congressional redistricting plan passed by the Legislature.

Plaintiffs argued, in part, that an impasse between DeSantis and lawmakers jeopardized the chances of reaching agreement on a map—and that judges should step in to make sure revamped districts are set before this year’s elections.

DeSantis vetoed the Legislature’s plan last week and called a special legislative session that will be held from April 19 to April 22.

Secretary of State Laurel Lee, the named defendant in the case, filed a motion Friday seeking a stay of the lawsuit. The motion pointed to the special session and a similar lawsuit filed in Leon County circuit court.

“A stay is appropriate to allow the political branches to do their work,” the motion said. “After all, the Florida Legislature is constitutionally tasked to reapportion the state’s congressional districts.”

Lee’s attorneys also filed arguments Friday in the Leon County case, saying the issue is “not ripe for adjudication,” as a congressional map could pass during the special session.