An artist of many moods

You just don’t know what Michelle Rhodes will create next. 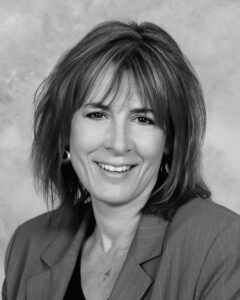 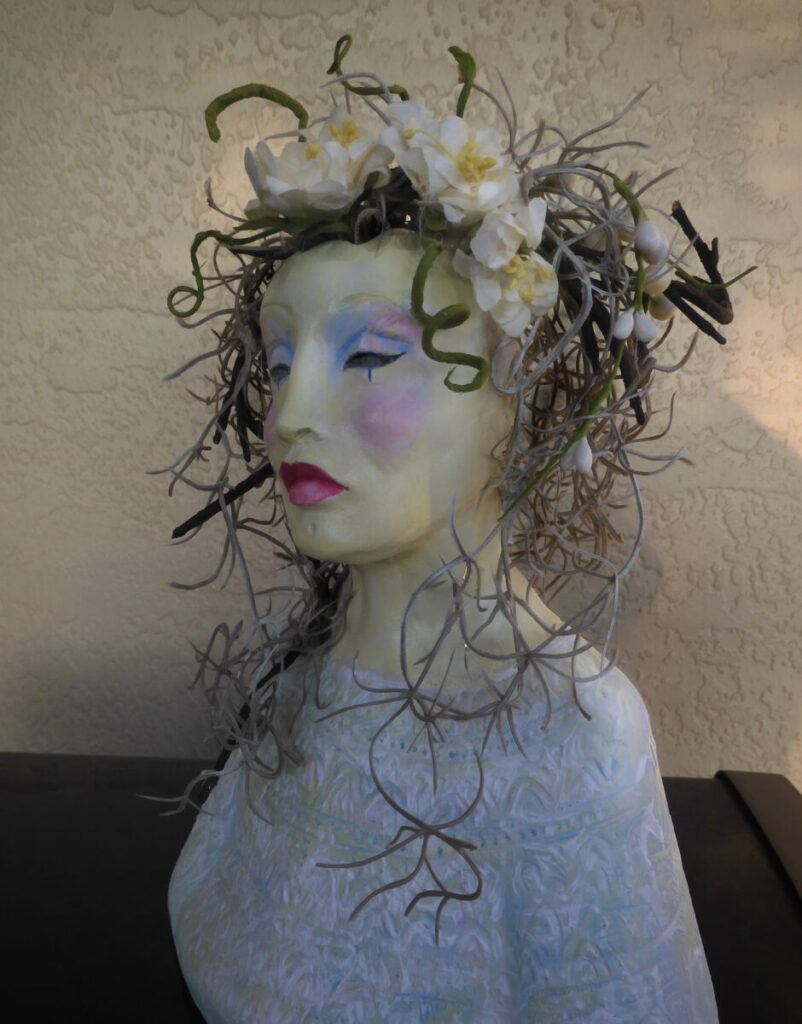 “Queen Tillandsia” –
Made from terracotta clay and painted with acrylic, includes Spanish moss for her hair. The name Tillandsia is another name for Spanish moss.

Michelle Rhodes is predominantly a portrait painter who does commission work. She works painstakingly with oils and acrylics but, in recent years, she has begun to work with a variety of media, exploring a vast territory of moods.

“My attention has always been to detail, which can be maddening at times,” Rhodes admitted, “but I’ve tried to loosen up.”

The Summerfield-based artist can go from natural and realistic to dark to uplifting and, at times, even humorous. She has big love for the local arts community and soaks in inspiration from “artists young and old,” whose examples have given her the courage to experiment more often.

Take, for instance, her submission to the Marion Cultural Alliance’s juried show, “Through the Looking Glass,” at the Brick City Center for the Arts this month. The sculpture titled “Queen Tillandsia” features the bust of a “whimsical woman” with moss for air.

For her painting in NOMA Gallery’s “Life and Death,” running through mid-November, Rhodes ruminates on the fear of death that pervaded during the onset of the pandemic.

It’s called “Covid Crusade,” she said of the macabre, skull-centered painting, explaining that it “reflects a battle that may never be won, asking the question, ‘Who lives, who dies?’”

“Wherever your beliefs lie, faith over fear, in guardian angels, get vaccinated, don’t get vaccinated, perhaps, it’s nothing more than ‘it was your time,’” she suggested in her artist statement.

Born in Mulhouse, France, Rhodes moved with her family to Detroit during childhood.

“Growing up, my family was all about art,” she said. “My parents were my first mentors. They fueled my passion for art.”

When her parents wanted to hang a painting, they would simply rip an image from a book or magazine and enlarge it with a pantograph, a simple wood device that enables the user to trace a small image and enlarge it.

“Once the tracing was transferred to the canvas, Mom would paint with her oils,” Rhodes said.

“When my mom was in the kitchen painting or cooking, you could find Dad in the basement working on his ceramics. I loved the smell of linseed oil when I came home from school and would study her painting in hopes that one day I, too, could paint,” she said. 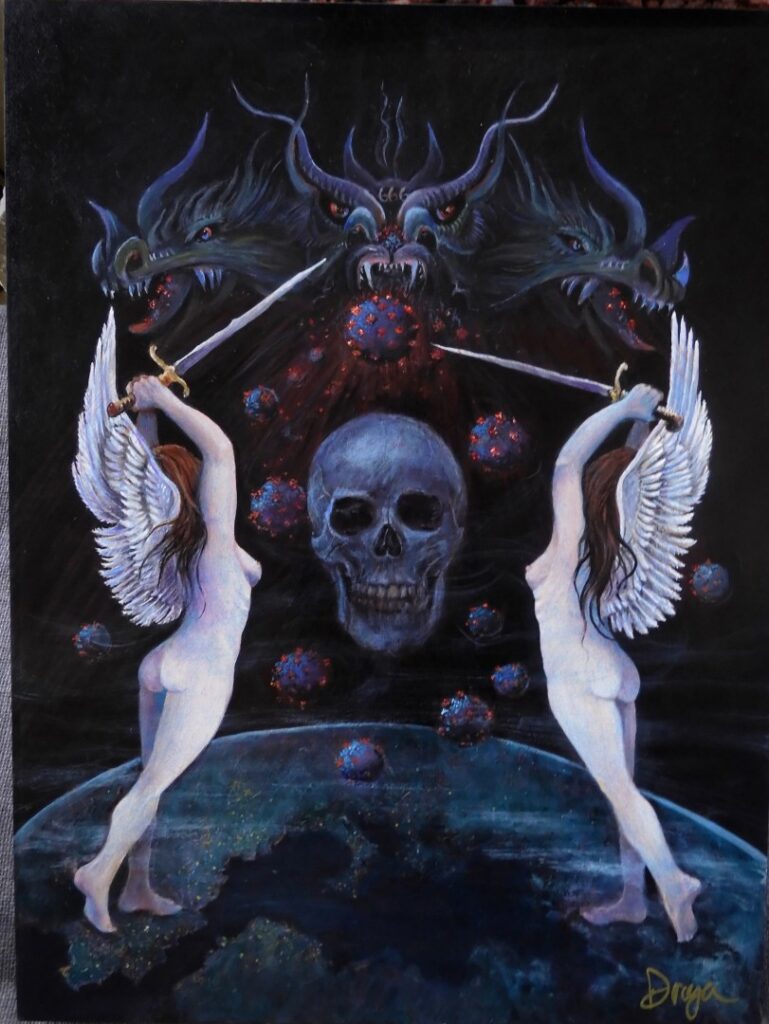 “She put the fear of God in me. She was a brute,” she recalled with a laugh.

Perhaps, she was a miracle worker, too. Unlike most artists, Rhodes went right from high school to a full-time art position as a painter in a production house that retailed to nationwide furniture stores.

“The production work gave me all the skills I needed,” she said. “I would whip out 10 to 12 paintings per day, and I worked with paint brushes 5 inches thick, gallons of paint and an easel that ran from one end of the door to the other, approximately 14 feet across. My canvasses were set up one after the other just like an assembly line.”

Rhodes later worked her way up the General Motors corporate ladder as a graphic artist.

“With my day job, I was able to take on some paintings from time to time, but was busy raising my son, Michael,” she shared.

She added that she’s most proud of her corporate-commissioned sculptures. She captured GMC Vice President Clifford Vaughan and Fanuc Robotics President Eric Mittelstadt, for example.

After GM filed for bankruptcy in 2009, she moved to North Central Florida with her partner and began her current labor of love, teaching older adults how to paint in assisted living facilities. She also works with patients dealing with the challenges of Alzheimer’s disease and other debilitating illnesses for the nonprofit Arts in Health Ocala Metro.

“Not having 30 years, I lost the opportunity to get a pension,” Rhodes said of her time in the corporate realm. “Losing a lifetime career in my late 50s was not easy, but the painting classes have awarded me with endless amounts of gratitude and hugs from otherwise forgotten seniors that just want something more than Bingo.”

To find out about Michelle Rhodes’ commissions and other information, email her at mdrhodes55@yahoo.com.