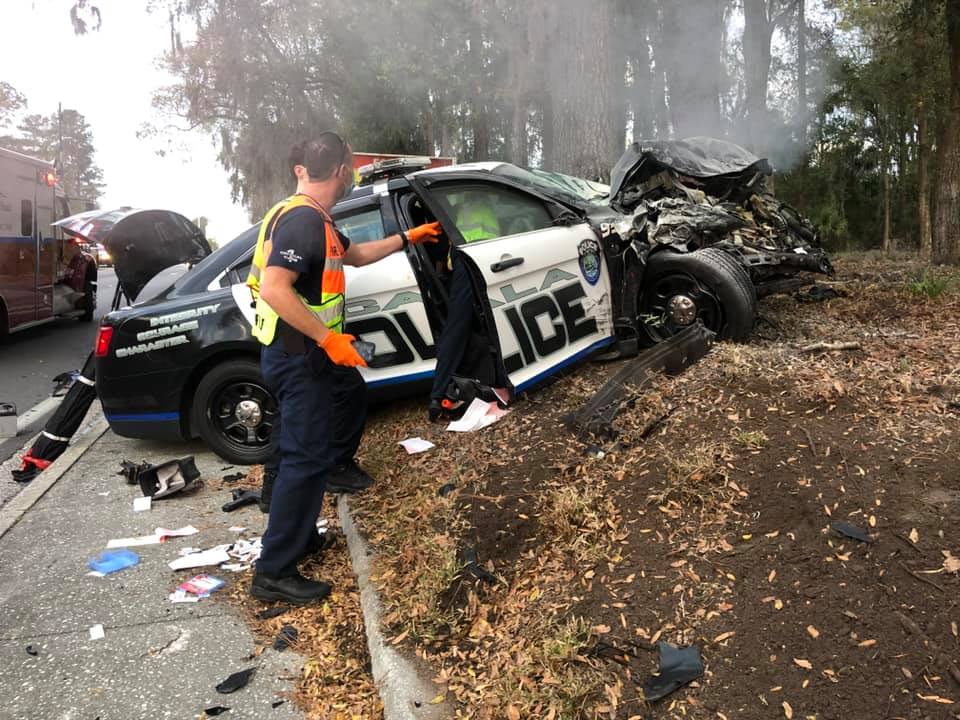 A vehicle crash between an Ocala Police Department patrol car and a white Jeep near the intersection of Southeast 22nd Avenue and Southeast 17th Street on Friday morning sent the officer and driver of the Jeep to the hospital, according to a Facebook post by OPD.

The accident closed all westbound lanes while emergency crews dealt with the accident. The officer and the driver of the Jeep suffered minor injuries, according to Capt. Angy Scroble, an OPD spokeswoman.

The officer suffered some facial cuts and possibly a concussion, Scroble said.

The incident is under investigation by OPD. 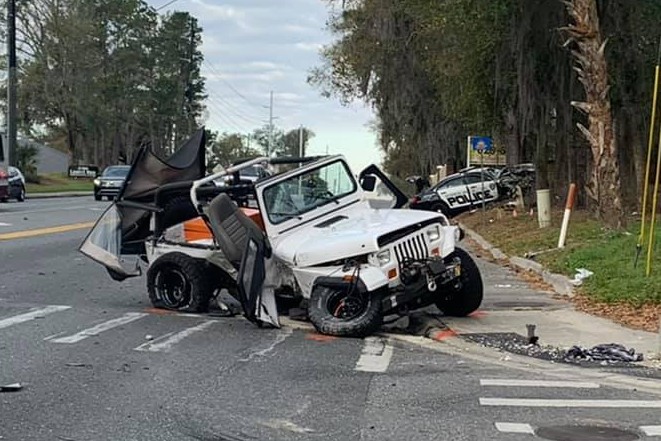