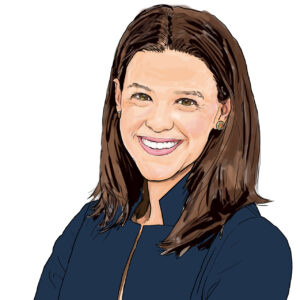 Reach into your pocket or purse and pull out your keys. On that key ring, you have your house key, car key and several other keys that belong to various items you own.

Your keys represent shelter, transportation and expendable income. Those keys are something you have the luxury of searching frantically for in the morning as you rush off to work or school. More than 150 people in Ocala/Marion County don’t have this luxury because they are considered chronically homeless.

According to the Department of Housing and Urban Development (HUD), a chronically homeless person is “either (1) an unaccompanied homeless individual with a disabling condition who has been continuously homeless for a year or more, OR (2) an unaccompanied individual with a disabling condition who has had at least four episodes of homelessness in the past three years.”  A disabling condition is defined as “a diagnosable substance abuse disorder, a serious mental illness, developmental disability, or chronic physical illness or disability, including the co-occurrence of two or more of these conditions.” This definition is adopted by HUD from a federal standard determined by a number of federal agencies.

In an effort to house and aid our city’s chronically homeless, namely those with intellectual disabilities, Interfaith Emergency Services recently purchased a 14-unit building on Northeast 14th Street to be used for permanent supportive housing (PSH). PSH pairs housing with case management and services such as healthcare and employment training. PSH has proven effective for those with intellectual and physical disabilities, according to the National Association to End Homelessness.

When placing clients in this unit, Interfaith will prioritize those who are intellectually disabled with an IQ of 75 or below. A caseworker with extensive experience working with the intellectually disabled will be on site daily to manage the needs of each resident. A law enforcement officer with the Marion County Sheriff’s Office will live on site.

Interfaith has had prior success in providing housing for low-functioning individuals. Karla Grimsley-Greenway, CEO of Interfaith, pointed to the women-only duplex they started several years ago. It has housed seven women with an annual operating budget of $10,000.

This duplex, and the 14-unit building on Northeast 14th Street, were created because Grimsley-Greenway hated returning these low-functioning individuals to the streets.

“In a perfect world, these individuals would have been in a group home for low-functioning adults, but they ended up on the streets. I had to do something for these people. There had to be a way to provide them a permanent place to live,” said Grimsley-Greenway.

The goal with the Northeast 14th Street housing unit is to provide stability and routine for these individuals, many of whom have the intellectual capacity of an 8- to 12-year -adolescent. The ages of those who qualify for this housing range from 37 to 69 years old. The average age is 50.

Interfaith hopes to have some clients moved in by mid-February. The residents of this housing complex will learn how to care for their home, such as doing the dishes, washing their laundry and maintaining a clean environment. Job training will be provided and they will be guided toward part-time jobs that fit their skill sets.

Some of the clients eligible for this housing facility have had odd jobs but typically do not hold a job for long. This is due to a variety of factors, from lack of transportation to the inability to shower and wash their clothes to be presentable for a job.

“You can’t just throw money at this population. These people need a hand to hold, to guide them. They need human help and support,” explained Grimsley-Greenway.

She also noted that this may be the first time in a very long time that their clients can go fully to sleep in an actual bed.

“On the streets, they’re used to halfway sleeping so they can keep an eye on their stuff while they sleep on a sidewalk. This may be the first time in a long time that they’ve been able to fully sleep. Imagine what a good night’s sleep will do to help them function the next day for a job,” she explained.

This facility is also unique in that it is helping to address a desperate need in our community to aid chronically homeless men. According to Grimsley-Greenway, all of the Section 8 programs, the emergency housing vouchers, even most of Ocala’s transitional housing programs, focus only on women and children. There is nothing for single men who have limited income or a disability.

“The vast majority of our chronically homeless single individuals are men. Unless we come up with options for them, we will never make an impact in the large number of homeless that live in our city. The people we are targeting are men who literally gave up on ever being housed. These men had accepted that they would live out their entire life without the benefit of shelter. It actually took us quite a bit of effort to get some of them to believe that there was even a possibility that they could be housed,” explained Grimsley-Greenway.

She hopes this program serves as a beacon for programs that other service agencies in Ocala/Marion County may want to create.

“It’s been like a dream come true to have housing for some of these people I’ve seen on the streets for seven, eight, 10 years. It’s a glimmer of hope,” said Grimsley-Greenway.

When you turn your key in your lock today, think of those who have no door to unlock. Make it your mission that, one day, all will have doors to unlock in Ocala/Marion County.

Interfaith is currently seeking bids for tree trimming, exterior painting and landscaping for the Northeast 14th Street unit. If you or your business is interested in providing these services (And why not do it for free?), contact Karla Grimsley-Greenway at (352) 629-8868.