A legacy of strength and love 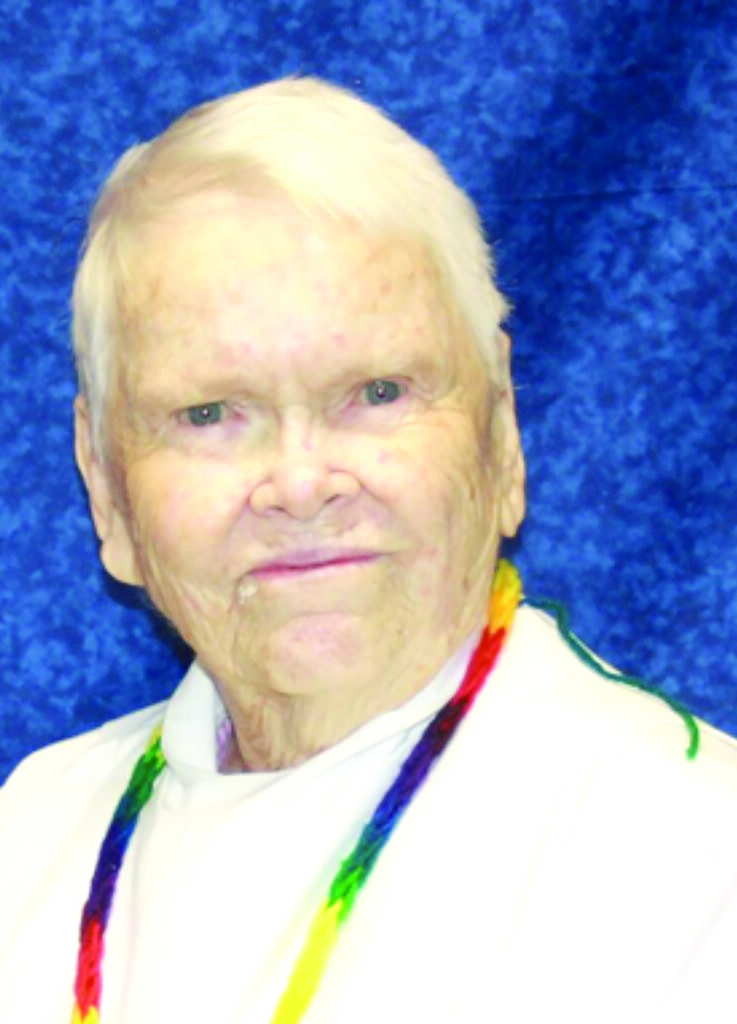 Margaret “Peggy” Akers Wallace loved horses as a child, and that love became a lifelong passion for helping others – especially those with special needs and challenges – discover the secrets of the bond behind people and horses.

Over her many years in Marion County, Wallace taught horseback riding to scores of people, including multiple generations of some families.

Wallace was born in Roanoke, Virginia on Oct. 23, 1934, to Tom and Kathleen Akers. She was the youngest of four children.

“She was raised in a blue-collar family and was the first and only of the children to get a college education,” said her nephew, Bruce Akers.

Akers said his aunt and her husband, Johnny Wallace, an avid horseman, moved to Ocala in the early 1970s to run a horse farm for Elliott Mackle.

“They ran his farm and scratched together enough money to buy a small farm in Ocala,” Akers said. “In the beginning, she taught hunter and jumper classes for kids. They never had any children, but she had a genuine love for all kids and also hosted numerous exchange students over the years.

“She’s the one who first put me on a horse,” Akers added. “Now, my wife and I are just winding down our horse boarding business. The apple did not fall far from the tree.”

Akers said his aunt’s good friend, Ann Granger, came from Michigan to Florida with the couple. After Johnny’s death in 1970, Granger remained on the Ocala farm with his aunt.

It was in 1983 that Wallace founded the Marion Therapeutic Riding Association (MTRA) at her farm. The association was operated without paid staff. The goal was to offer horseback riding as a way to “help physically and mentally challenged people build self-esteem and independence,” according to the MTRA website.

“MTRA has been around almost 40 years and is a pioneer in therapeutic services outside offices,” Morrison added. “The program grew so much it had to move to enlarge the capacity.”

Today, MTRA is based on 30 acres on the Florida Greenway and Trails in a facility constructed in 2008 with the proceeds of a Community Development Block Grant.

“We now have up to 150 riders a week in season,” Morrison said. “These are clients with cerebral palsy, MS, Down syndrome and veterans. Between parents, caregivers, students and others, we touch 3,000 to 4,000 lives a year. And Peg Wallace got it all started. She was a much-loved character.”

Betty Gray, the founder and executive director of the Stirrups n Strides Therapeutic Riding Center, located in Citra, and which has a satellite campus at Hillcrest School, was an original board member of MTRA and became lifelong friends with Wallace.

“When Kathy had her accident in 1980, when she got kicked in the head by a horse and I needed to get her back on a horse, I knew that would help her,” Gray said of her young daughter and the new therapeutic riding program being offered by Wallace.

“I knew Peg because Jason, my son, was doing 4-H and Peg always had all the 4-H kids there,” Gray recalled. “She said, ‘Come on Betty, I’m starting up this therapy program and I’m making all my boarders and riders volunteer and we use their horses.’ I helped Peg, along with many of her boarders, put MTRA together.” 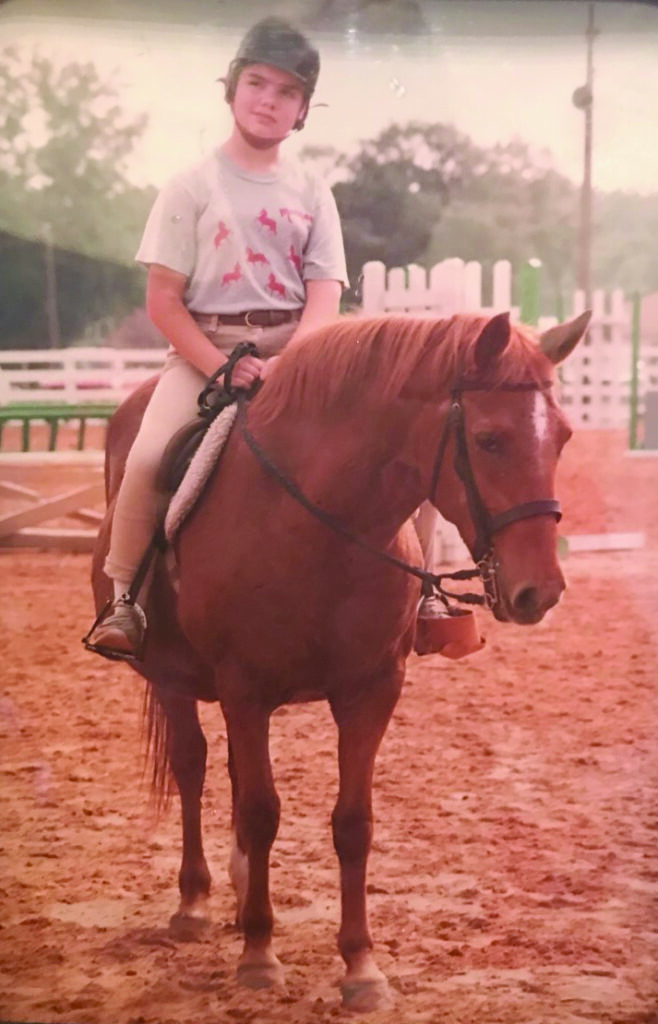 “Kathy was 6 years old and Peg thought the world of Kathy,” Gray noted. “I used to take her horse Oink down there for her to ride and she also showed one of Peg’s horses, Baby Doll. The Hillcrest School, and some others, transported riders to Peg’s every week. Then, in 1989, we moved to the Hillcrest facility and Peg kind of backed out a bit.”

Gray said she had a thriving career as a trainer of Morgan horses, but that Wallace really encouraged her involvement with therapeutic riding. Gray served as executive director of MTRA from 1997 to 2007, when she started Stirrups n Strides.

“When I started Stirrups n Strides, Peg was there for me,” Gray offered. “She said, ‘OK, Betty, let’s get you some sponsors. All of my old students now own half the businesses in Ocala and they won’t tell me no.

“She wanted so much good for so many people,” Gray added. “She just loved helping these kids. It was her passion.”

Gray said Wallace told her repeatedly that when her horse Baby Doll died, she would retire from her farm, and she did. Wallace and Granger had a home off Fort King Street. After Granger passed away, Gray said, Wallace moved to the Hawthorne Village Retirement Community in southwest Ocala, where several of her friends lived.

In addition to her passion for horses, Wallace was a devout Christian and was very active with Christ the King Anglican Church. Church member Fran Christman, who knew Wallace for about six years, was a frequent visitor at Hawthorne Village.

Christman said Wallace was a member of the Daughters of the King ministry of prayer and service, and was a sub-deacon at the church.

“She was a tenacious Christian,” Christman said, adding that Wallace suffered from macular degeneration. “In church, she never gave up. She couldn’t see, but she would light candles and try to keep up with Bible study on her Kindle. She was always ready to serve. She was a strong, colorful Christian.”

The Rev. Don Curran, rector of Christ the King, said Wallace also was a member of the “posse.”

“It was my stepmother, Jeanne Curran, Winona Wilson, Diane Anderson and Peg who were the posse,” he said. “They did Bible study together and helped me with various projects. They have, one by one, all gone to the Lord.”

Curran said Wallace was an acolyte at noon healing services every Wednesday and would light the candles.

“She was very quick-witted,” Curran noted. “I am really going to miss her. Everyone wanted to be with her. She had a heart of gold.”

“And,” he added, “she was only 5 feet tall but she radiated strength. She loved horses, the church, her family and friends, and the Lord. And she taught Marion County how to ride.”

“To say she was a colorful character is an understatement,” said Akers. “She was a very unique person. Her legacy is that she touched everyone she came in contact with in some way.”

In addition to Akers and his wife, Eileen, Wallace is survived by numerous nieces and nephews and their family members. Services will be held at 11 a.m. Oct. 10t at Christ the King Anglican Church, 4440 S.E. 3rd Ave., Ocala. In lieu of flowers, the family asks that donations be made to the church or to Stirrups n Strides Therapeutic Riding Center.