The Florida Constitution directs the Legislature to redraw district boundaries during its regular session in the second year following results from the U.S. census, which is performed every 10 years.

Florida gained one congressional seat due to population growth, for a total of 28. Lawmakers crafted a bipartisan redistricting plan that would have increased the GOP’s 16-11 advantage by two seats. However, in March, Gov. Ron DeSantis vetoed that map. He called for a special session in April, during which the Republican-controlled Legislature approved DeSantis’ proposed map, which gives the GOP a 20-8 edge.

Several groups, including the League of Women Voters, have filed suits challenging the constitutionality of DeSantis’ plan, saying it violates the state’s anti-gerrymandering standards – called Fair Districts – that the voters approved in 2010. Opponents also point out the new map unfairly impacts Black voters because it dismantles districts with predominately African American majorities.

While the courts consider the issues raised, supervisors of elections all over the state are gearing up for the primary and general elections later this year that will use the new maps.

In an interview last week with Marion County Supervisor of Elections Wesley Wilcox, the Gazette explored the implications for Marion County voters.

The changes for each office up for election this year are identified in the infographics that follow. 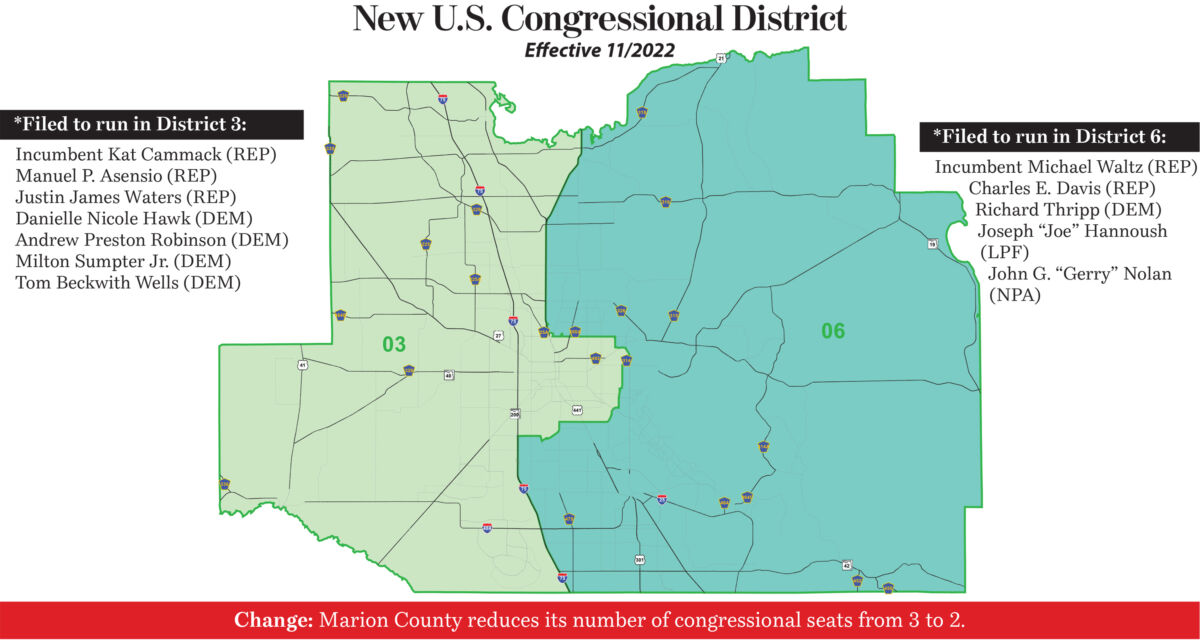 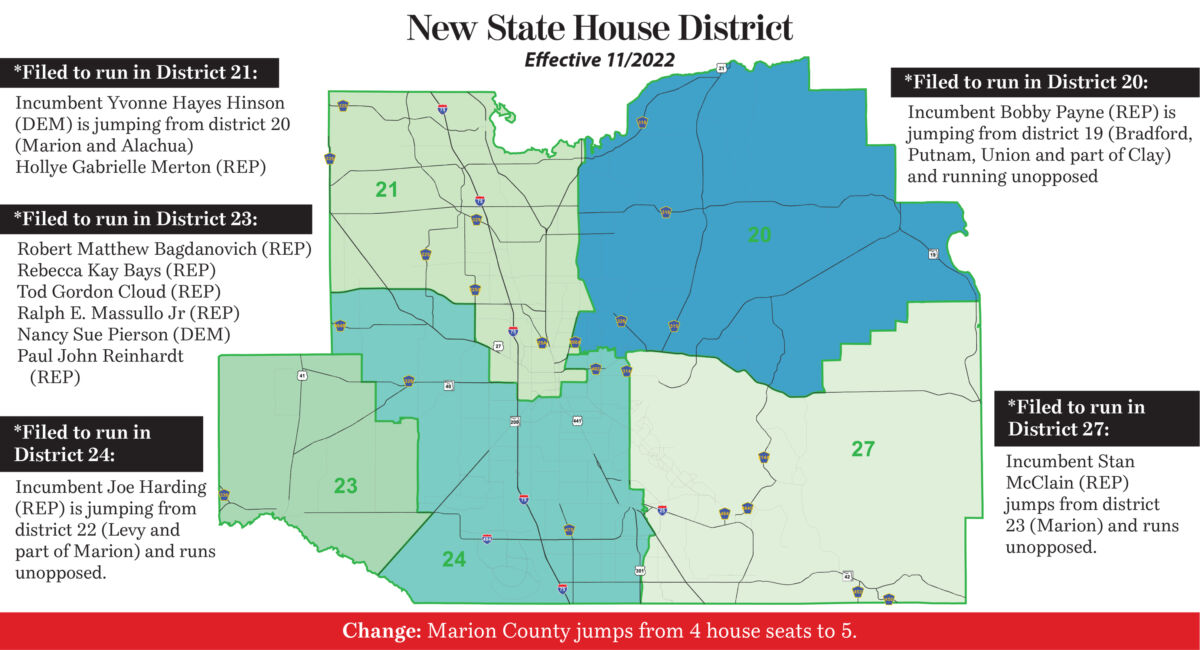 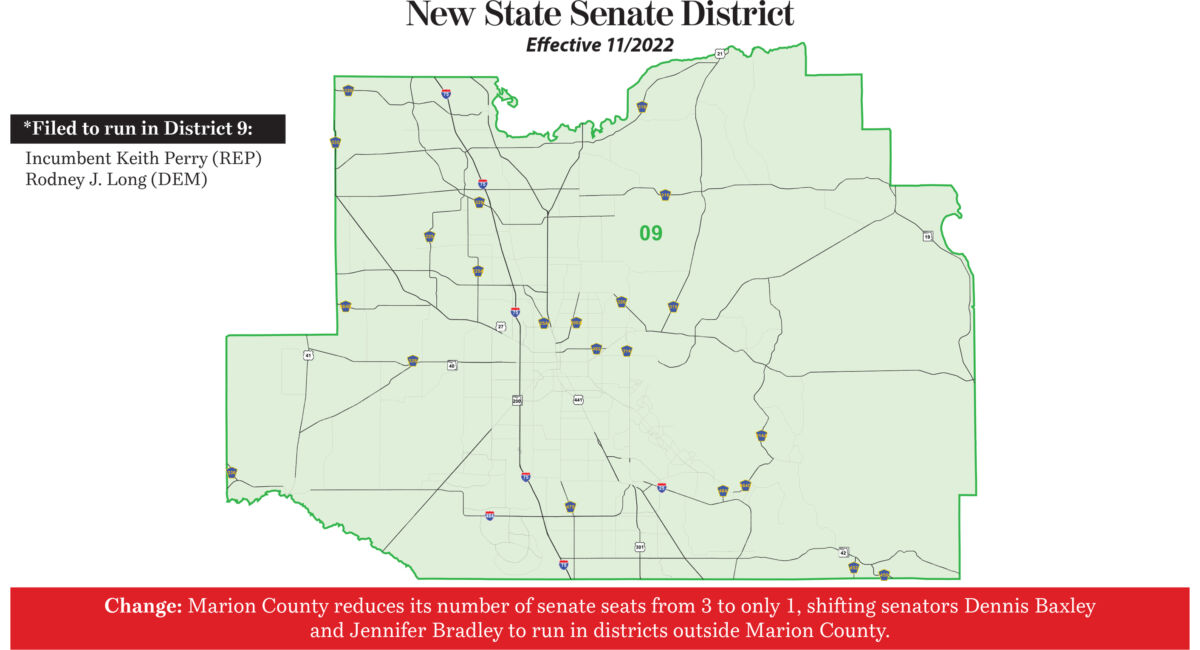 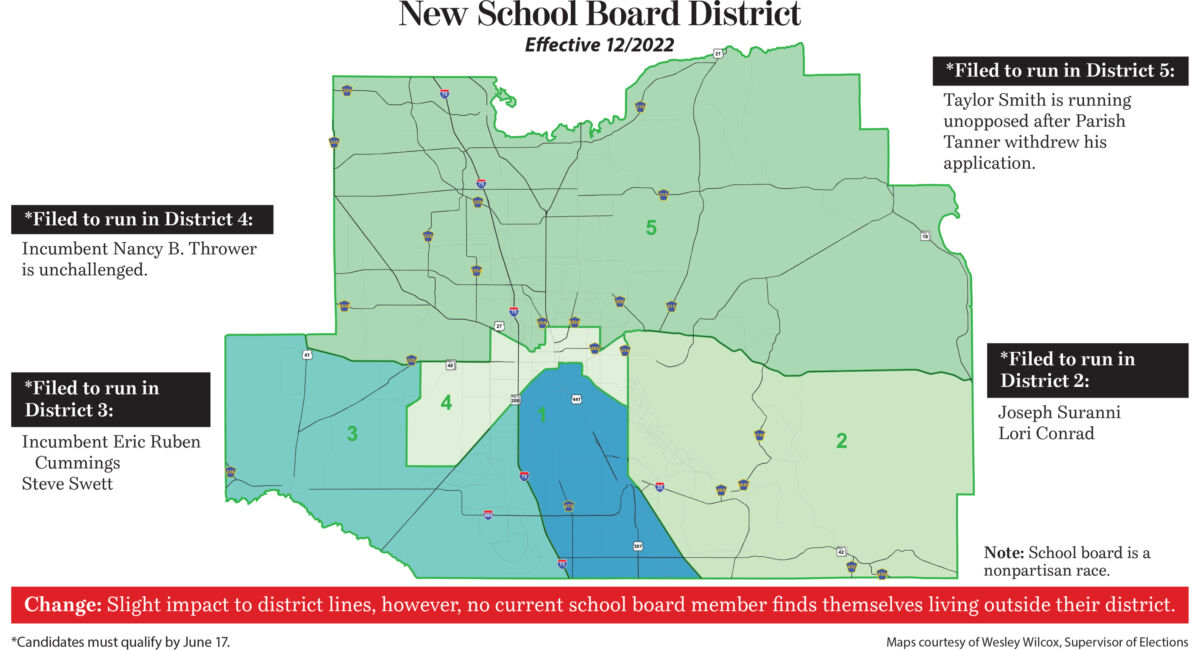