Vanguard rolls past Heritage in first round playoff win 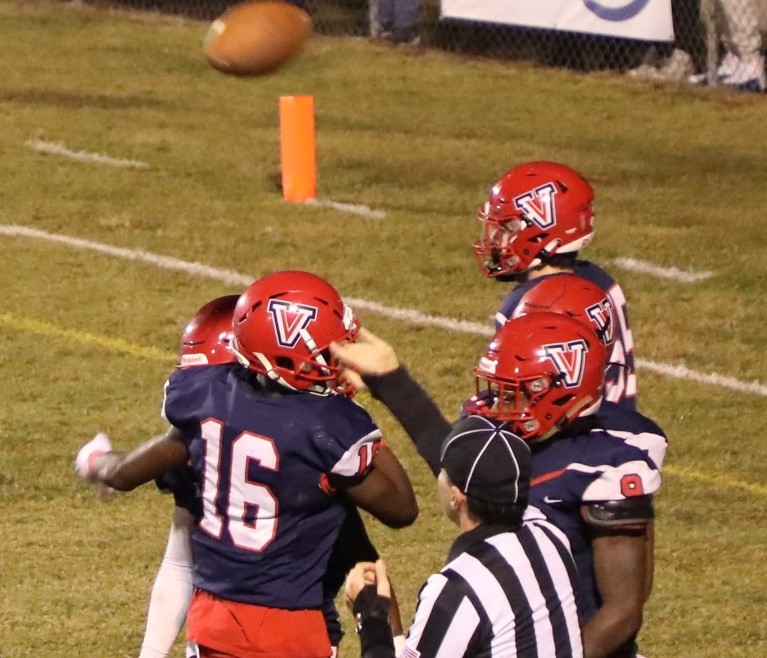 The Vanguard Knights kept their perfect season intact, blanking the Heritage Panthers 38-0 in the first round of the FHSAA 6A playoffs Friday night at Booster Stadium.

The Knights relied on a stingy defense and big plays in the passing game and special teams to advance to the regional semifinals.

Vanguard got on the board first with a 43-yard field goal by Grandin Wilcox early in the first quarter.

Knights running back Joshua Rembert scored the game’s first touchdown on a 15-yard run to put the Knights up 10-0 entering the second quarter.

After the teams traded punts, senior Elijah Hopkins returned a Heritage kick off 85 yards for a touchdown. The score put the Knights up 17-0 just minutes into the second quarter.

Another big play came in the third quarter as junior QB Ronnie Joe Gilchrist, Jr. connected with Rembert for a 55-yard touchdown pass that essentially put the game out of reach.

Panthers senior running back LJ Turner, who rushed for 2070 yards during the regular season, was held in check most of the night. Turner tallied 74 yards on 21 carries against Vanguard.

Defense sealed the deal for Vanguard, as sophomore linebacker Markell Davis jumped a pass route and scored on a 45-yard interception return.

The Knights leaned on their outstanding defense, which allowed a total of 58 points in the regular season. Heritage was only able to muster a total of 176 yards of offense. Panther quarterbacks had only three completions all night.

Almost half of the Heritage offense was gained on one play, a hook and lateral to Turner for 80 yards to the Vanguard ten-yard line in the 4th quarter.

But as usual, Vanguard thwarted the scoring drive to end the game and move on to the regional semifinals.