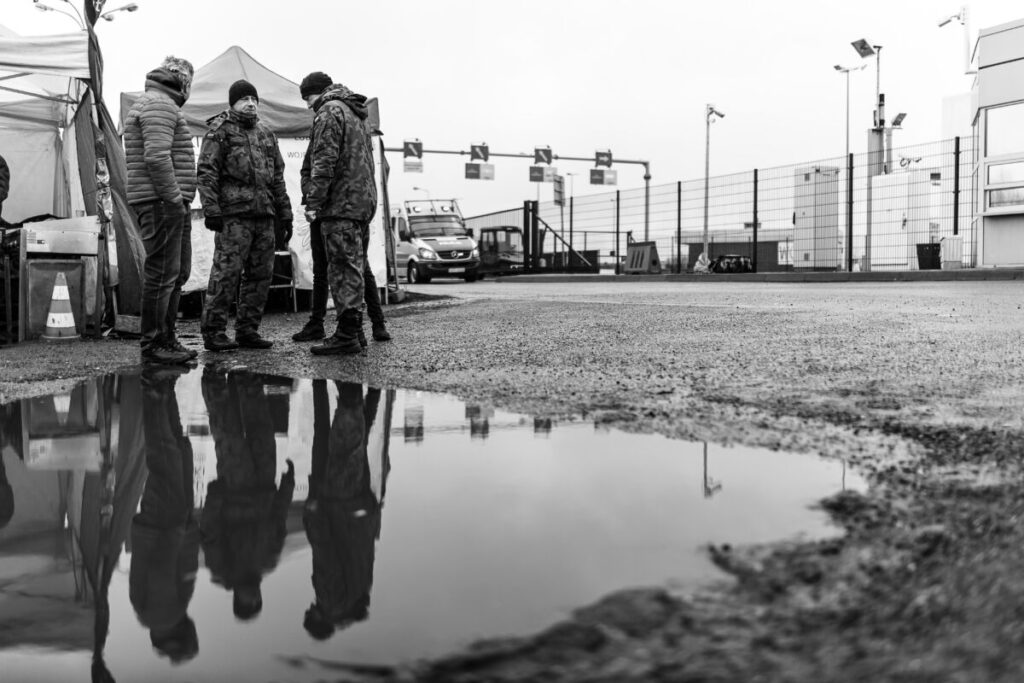 Military personal at a border crossing between Poland and Ukraine. [MAVEN photo+film]

Dave Miller and Meagan Gumpert were gobsmacked at the chaotic scene playing out before them.

The two photographers were in Lviv, Ukraine earlier this month with Ocala-based Crossroads Alliance & Ministries when they witnessed the soul-stirring sight at its train station.

Scores of frantic women, with kids in tow, and often with just a single backpack or suitcase in hand, suddenly poured out of a train and desperately began looking for any means to keep traveling west to the safety of Poland and away from their war-torn country.

“It was heartbreaking; you could just feel the intense level of fear, anxiety, and desperation these women were experiencing,” said Gumpert, 41, who has two sons with her husband, Ben. “Honestly, I’m still trying to process it.”

Miller was as equally disturbed.

“It was emotionally powerful,” said Miller, 37, a military veteran who has a blended family of three children with his wife, Brooke. “There were hundreds of women running off the train with their children looking for any vehicle or bus that would take them to Poland.”

“What was so startling was there was not a single man in sight,” he said.

The two business partners, owners of Ocala-based Maven Photo and Film, had accompanied Crossroads founder Steve Ewing to Poland March 30 to officially document the non-profit’s groundwork ahead of its planned relief effort for Ukrainian refugees, in the wake of Russia’s invasion Feb. 24.

Initially, the nearly 20-year-old organization intended to send five shipping containers full of donations to a port city in Poland, but soon after arriving in Warsaw, Crossroads began to see a more effective way to help the refugees.

“Once we got to Poland, we realized it is not a developing country; there are no supply chain issues there at all,” said Ewing. “They are not overwhelmed with millions of refugees, they have it under control.”

“We have the clarity of that now,” said Ewing. “The best way for us to help is to just purchase the food in-country instead of sending stuff on a shipping container that takes weeks to get there.”

Like Ewing, Miller said when the group first arrived in Warsaw, they expected to see crowds of Ukrainians in the streets or huddled in tents, in need of food and assistance.

“But we quickly noticed the presumed need was not there,” he said. “There were already systems in place to help refugees and get them triaged and moved out to foster homes.” 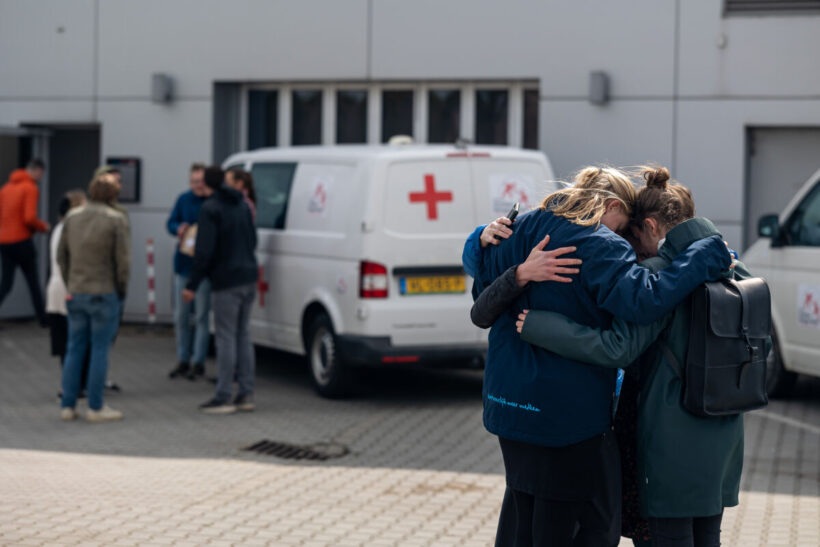 Aid workers saying goodbye to refugees at a shelter before they are relocated to Holland.

From Warsaw, they traveled southeast to the small town of Chelm, much closer to the Ukrainian border, said Miller. They didn’t see long lines of refugees there either, but they did see another heart-tugging moment.

“We got there and saw 63 orphans being offloaded from a train,” said Miller. “There were young firefighters and military personnel, both men and women, hugging and comforting these orphans and spending time with them before sending them on their way to Holland.”

“My eyes welled up; it was poignant and special,” he said. “I had to step back and take a moment to take it all in.”

The next leg of the group’s trip proved invaluable.

In Jaroslaw, Poland, another town near the border, they made contact with a company, Vita Fruit, that had, up until the war, been supplying Ukraine with high-end fruits and vegetables.

“They lost most of their business, but decided to start donating their goods to Ukraine,” said Miller.

Shortly, a seasoned and logistically well-organized faith-based organization from Holland, Christian Refugee Relief (CCR), stepped in and began buying and transporting the goods to an underground warehouse across the border for distribution to Ukrainian citizens and soldiers.

“Now we have an alliance established with another non-profit that has experience in helping refugees and a company in Poland that we can directly purchase food from that will get to the people in Ukraine with a day or so, not weeks,” said Ewing.

“We need the residents of North Central Florida to help us out by only donating money,” he said. “It’s different this time.”

An unexpected trip to Lviv and its train station came next, where the group experienced the chaos of the mothers’ frenzied attempt to get to Poland.

Gumpert said as they were getting ready to leave to go back to Poland, some of them approached the van and tried to get in.

“I felt helpless,” she said. “They were knocking on the windows and opening the doors.” 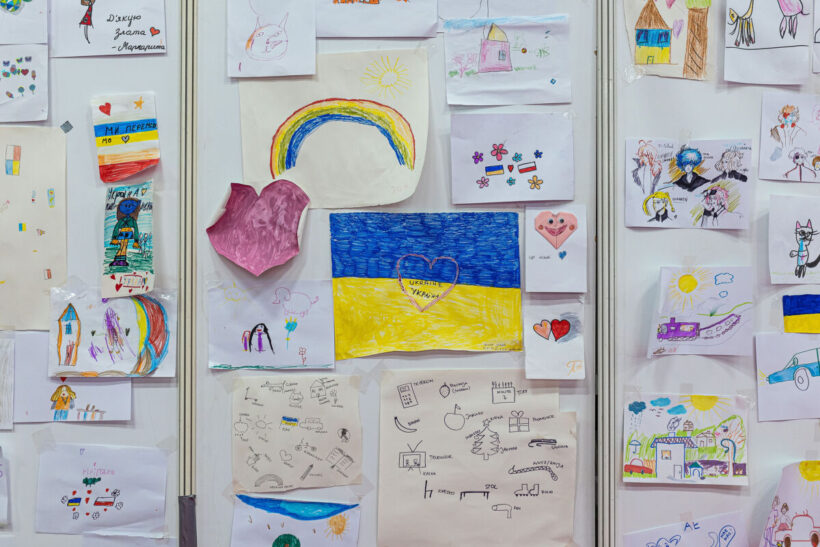 Even so, both Gumbert and Miller said their time in Poland and Ukraine wasn’t the doom and gloom they expected to see, given the news reports from here in the United States.

“It was cool to see support for everyone; there were Ukrainian flags and billboards everywhere,” said Gumpert, a native of Louisiana. “Poland is doing everything they can do to help people get back on their feet.”

For Miller, who spent time in Iraq and Kuwait while in the military, the biggest shocker wasn’t the scene at the train station, it was the overwhelming response to help Ukraine from European countries.

“It wasn’t at all what we thought we’d see,” he said. “The EU (European Union) has done an incredible job of stepping in and helping Ukraine.”

Meanwhile, Ewing is planning a return trip to Poland and Ukraine soon, with Miller and Gumbert along once again.

“We’ll be going to Poland in a couple of weeks and we’ll document the first wave of distribution for our donors.”

To donate to Crossroad’s relief effort in Ukraine go to crossroadsam.org.