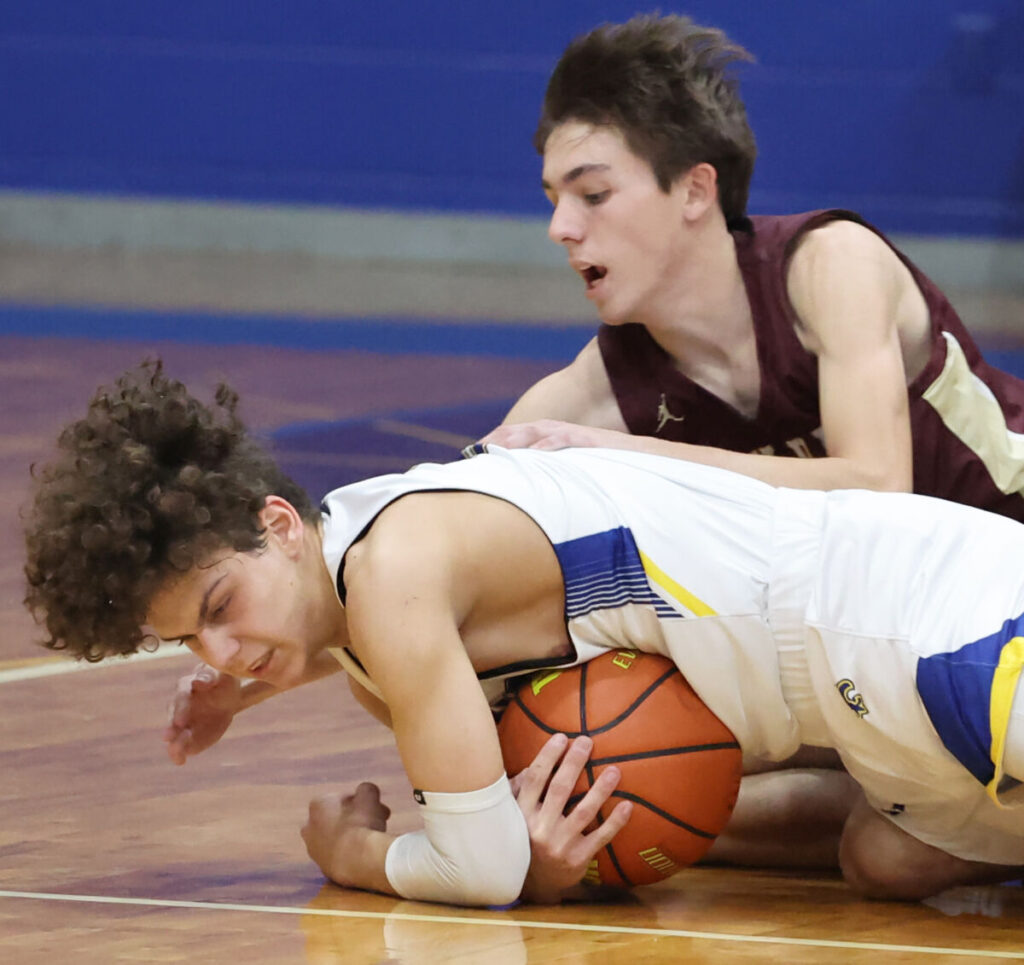 Oak Hall (Gainesville), which was playing its season opener, built a 20-point halftime lead over St. John and coasted to the victory.

“It was a good win for our team to open the season,” said seventh-year Eagles coach Monte Towe. “It’s a road win and we’ve got some new players that stepped up and helped us tonight and some guys back from last year’s team that played well and I’m real proud of them.”

The loss dropped St. John Lutheran, which had 24 turnovers, to 0-2 on the season.

“The kids played hard but we had some underclassmen make a couple mistakes,” said St. John Lutheran assistant coach William White. “We had some soft passes and lob passes that got picked off and Oak Hall was able to take advantage of those turnovers. We’ll learn from this and work to get better.”

Both teams were cold from the floor in the opening minutes of the first quarter before Beach netted a pair of baskets inside the paint and Powell, who had 11 rebounds, scored on a put-back to give the Eagles an early lead.

St. John stayed close as center Isaac Texidor scored five of his 11 points and Landon Pindell drilled a 3-pointer from the right wing to pull the Saints within 14-8 heading to the second period.

Oak Hall, which committed 12 turnovers, expanded its lead as Powell poured in eight points, including a pair of 3-pointers, while brother, Grant Powell, added three points to take a commanding lead.

St. John, which scored only four points in the quarter, committed a slew of turnovers which Oak Hall converted into baskets as the Eagles enjoyed a 32-12 lead at the half.

The Saints found better offensive rhythm in the third quarter as Treyton Cave knocked down a pair of 3-pointers and Pindell drained a shot from beyond the arc to trim their deficit midway through the stanza.

Oak Hall answered with a run sparked by the versatile Powell, who tickled the twine from the top of the key in back-to-back trips down the floor and scored on a drive to the basket to give the Eagles a 49-25 lead heading to the final eight minutes.

St. John guard Nick Sacco erupted for all 14 of his team-high points in the final quarter and Brody Gravantes added a bucket for the Saints.

But Oak Hall’s Gavin Jones scored four of his eight points and Neil Ruth drilled a 3-pointer from the left wing as the Eagles eased to the victory.

“We had good balance and got contributions from a lot of people, but I thought we could have played better in every area,” said coach Towe, who was a starting point guard on the 1973-74 North Carolina State basketball team which won the NCAA Division I Men’s Basketball Championship. “All nine guys played and contributed to our win which is great.”

Oak Hall is back on the hardwood on Nov. 29 with a home game against Dixie County.

St. John is back in action on Tuesday night with a road game against Bishop McLaughlin in Spring Hill.